As a number of players missed last weeks game we refought the battle of Cliché Ridge, but with different commanders. Will the plans. the dice and the results be different? 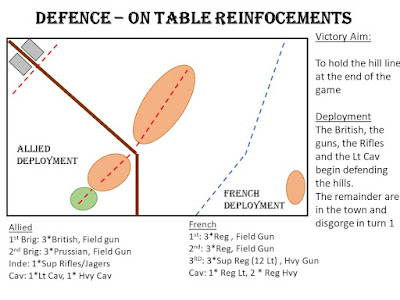 The Allied deployment was the same as last week. The French opted for a slightly different plan though - infantry columns were massed against the longer ridge and cavalry held back on their right, with all the guns as a hinge between. 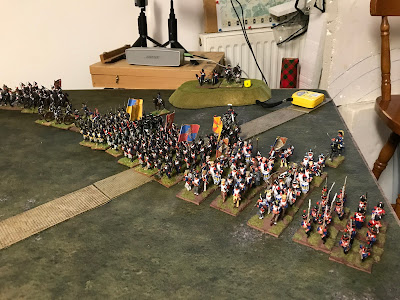 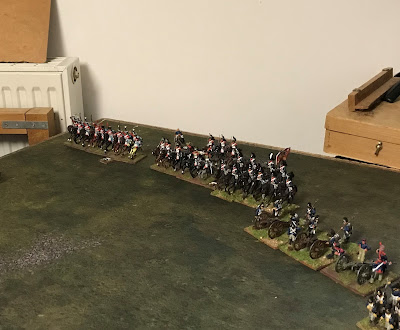 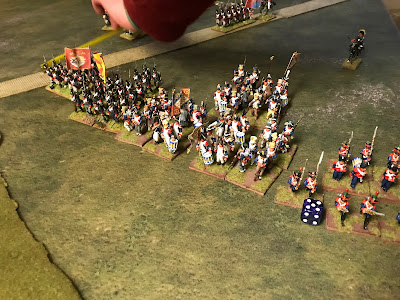 The massed columns pushed towards the hill at full speed picking up a few hits as they did so. This led to 3 battalions attacking each of the British battalions. They shot pretty well but could not stop the steamroller as the hits were disrupted across the line. 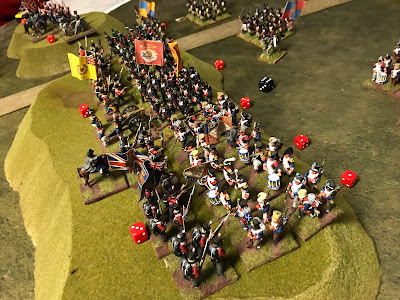 The British recoiled back in reasonably good order while the French reformed and pushed over the ridge with their fresher units. As the Prussians and cavalry arrived, the French were in control of the ridge and their cavalry was moving around the edge of the hill to the north. 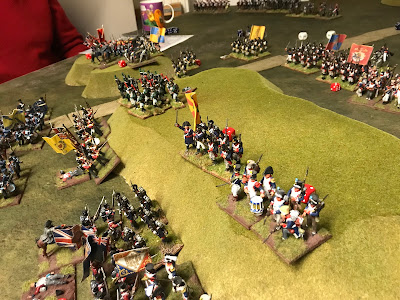 The Prussians advanced to fill the hole left by the British but with horse to their flank and the French now reinforced they were unable to retake the lost ground. So a second win for the French attackers in this scenario. If we fight again it would be tempting to make one of the attacking Brigades reinforcements arriving on turn 2 at table edge. 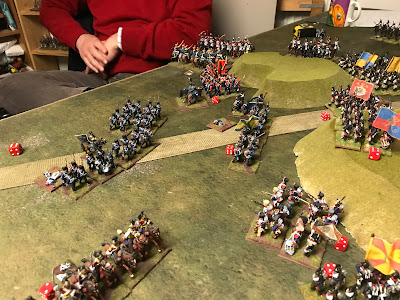 On the second table we tried our some new (to me) Ancients rules - Gripping Beasts Sword point. Its a pretty simple set of rules with no command friction per sea. Where the restrictions come in is that most units have fairly limited manoeuvrability, especially close to the enemy or if deviating from moving straight ahead. 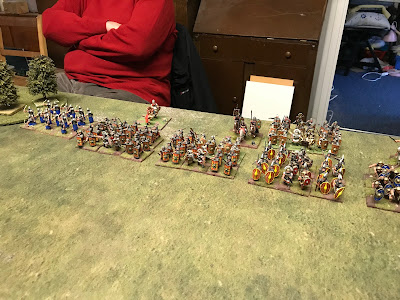 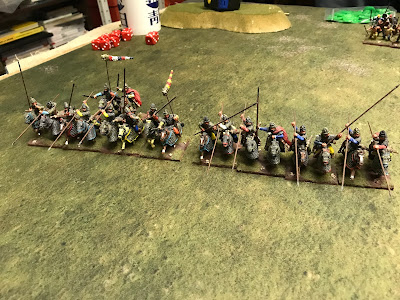 The other major mechanic is a "builder / spender" one using momentum tokens. You gain momentum through doing things like damaging the enemy or winning combats. All can be spent  boost combat performance but with some restricted to the melee that generated them and some usable globally. 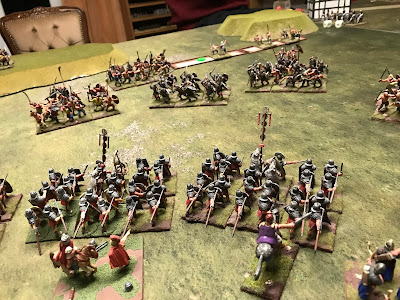 The game looks nice and clean with a basing system that matches my figures, so I bought a copy from GB. 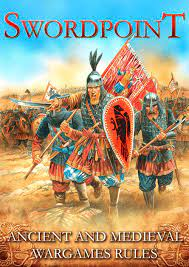