In celebration of the bank holiday weekend we ran a series of games as a loosely-linked league. It was Vikings verses the rest (Irish, Welsh, and Saxons) over 3 games using Saga (6 points / army).

In this scenario the Vikings were loaded-down with booty and attempting to break through a large force of Saxons to escape. This was a toughie for the Vikings for a few reasons 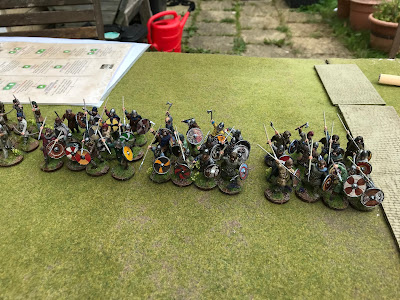 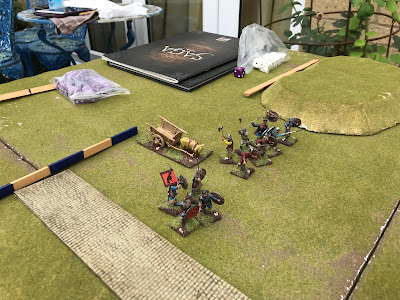 As the Vikings I took the goat by the horns and pushed forward at the weakest part of the line, sacrificing a couple of units to hold off most of the Saxons.  The plan was to charge-in and simply have my berserkers and herdsmen blow a hole in the lines. 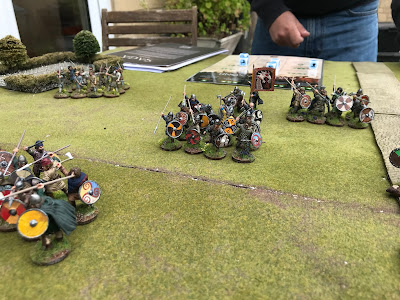 It met with moderate success but I lost too many troops to compensate for the progress made. No wagons were lost but none got off either. 1 - 0 to the non-Vikings. 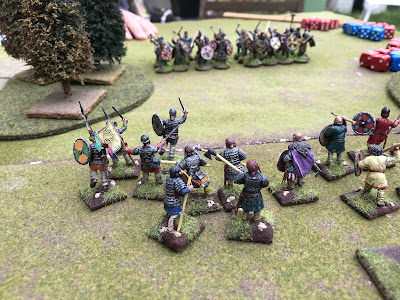 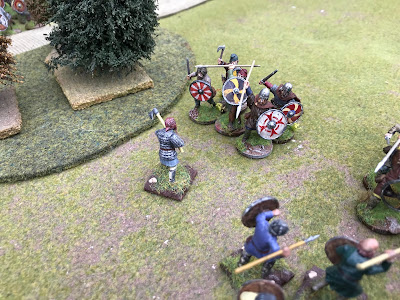 In this game the Vikings were raiding a Saxon village to recover some lost booty and teach them a lesson. The Saxons deployed in a line before the village awaiting the attack whilst the Vikings moved forward. 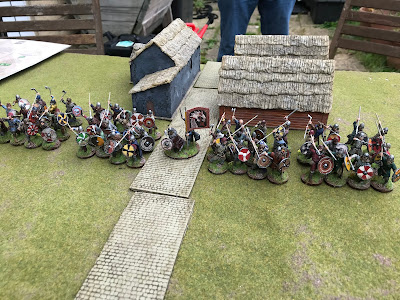 I was able to manoeuvre a couple of units onto the onto the exposed Saxon left. As they repositioned it was clear that capturing the town against such a numerous would be pretty tough - so time for a gamble. By extending their lines the Saxon warlord was left alone so I launched the berserks into him loaded with Saga abilities. They smite'd him mightily and the Saxon defence collapsed. 1-1. 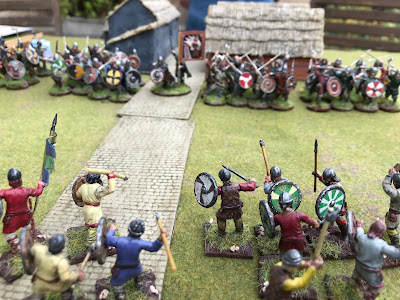 For the decider we each had a village to defend and therefor one to attack. The Irish were assigned to raid the Viking village against an archer heavy force. The Welsh defended against a balanced force. 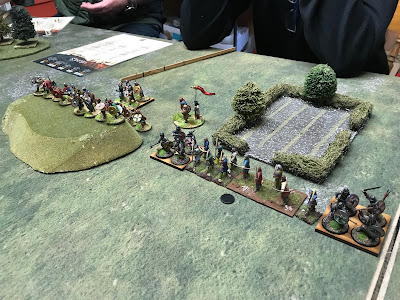 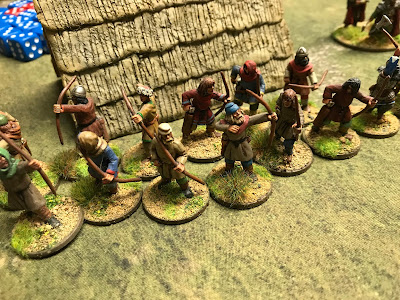 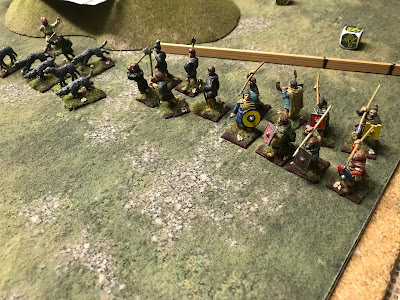 All of the Celts pushed forward to threaten the Vikings. The Irish took light shooting damage before beginning a javelin bombardment, which is very much their thing. The Welsh launched a series of spoiling charges whilst evading the Viking counter attacks. 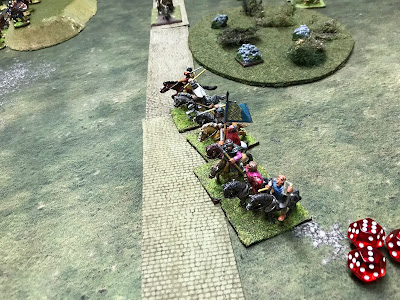 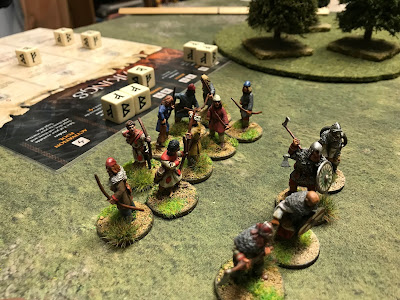 The Irish attack quickly wore-down the villages defenders and they pushed into the village to loot the spoils. The Welsh skirmished and harassed so that a weakened Viking force was all that reached their village. 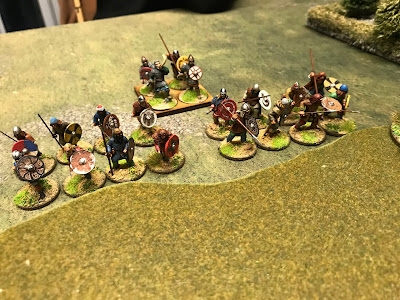 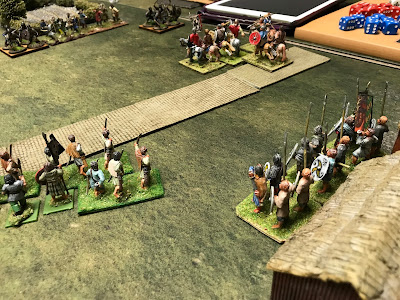 The result was a clear win for the Celts to running out 2-1 winners overall. 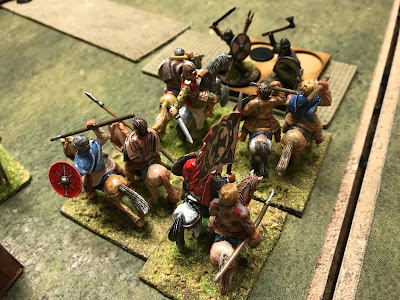