As we enter the holiday period we've inevitably got a few absences. So turn 5 will last a couple of weeks, and this week we fought just the Ottoman invasion of Imperial territory. This was a kill scenario so it was all about damage.

The Germans opted to mass all their infantry on the west side and all their cavalry on the east where the ground was most favourable. 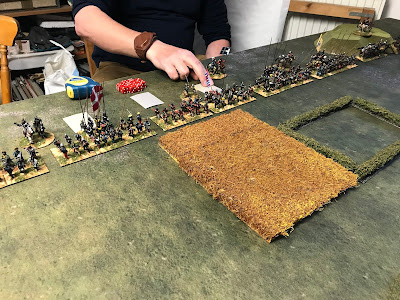 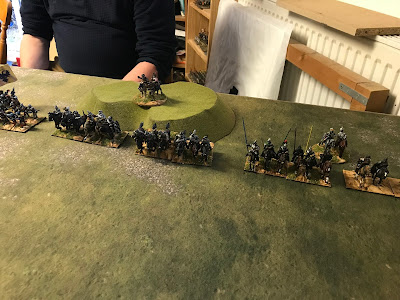 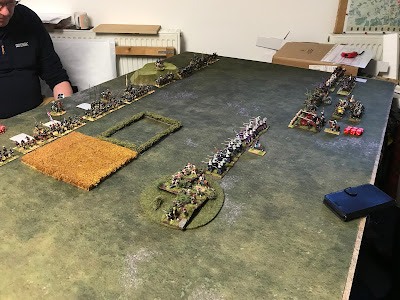 The Ottomans mirrored the deployment with the emplaced guns forming the hinge between the two forces. 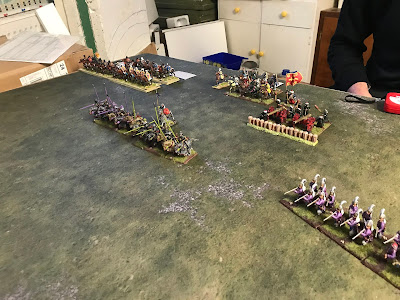 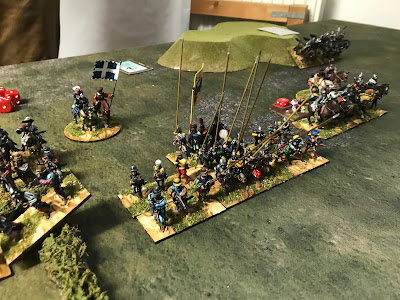 The Ottoman's plan has been to hang back with all their units and let the guns do some work before the main clash. However red mist descended for the Turkish horse commander and so he committed to  rapid advance instead. 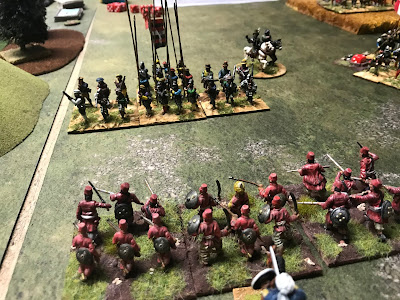 Things were fairly even quality-wise for the cavalry but the Ottomans had about a 50% numbers advantage. Some nice to-and-fro ensured but with stronger dice and more troops the Turks put the Germans to flight. 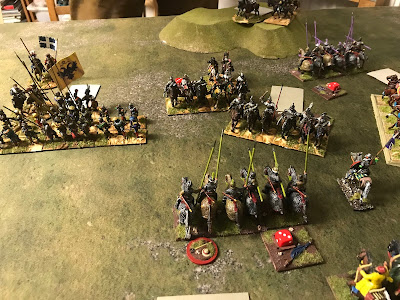 The infantry assault was much more in favour of the Imperials as they had similar numbers put better quality units. Aided by their guns and with cavalry support the Turks were able to hang on though and secure a roughly 2-1 win on points. 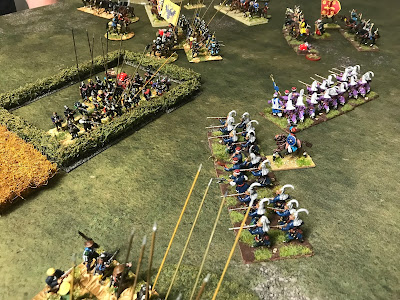 So at the halfway point in turn 5 the Ottomans have conquered their first German province and continue their steady advance. 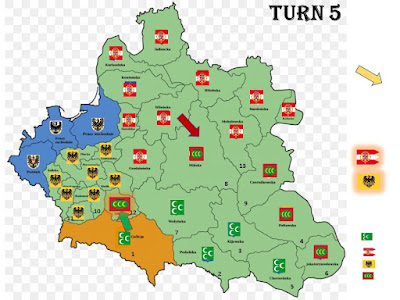