We took a short break this week from the renaissance campaign to teach a new player the rules. This also provided a chance for a reverse of last weeks game where a shooting heavy Ottoman army gave the Polish a blood nose.  So we swapped sides and were allowed to tweak the armies.

For the Polish I went almost mounted with a large screen Cossacks to soak-up the artillery while the heavies trundled-up behind. 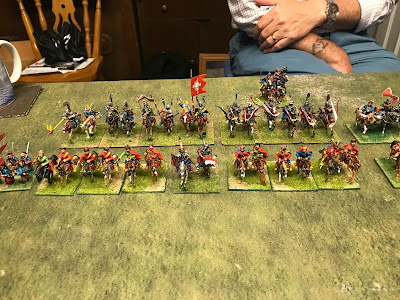 The Ottoman army was unchanged from the week before - so 3 artillery batteries and lots of line infatry, with just a few heavy cavalry. 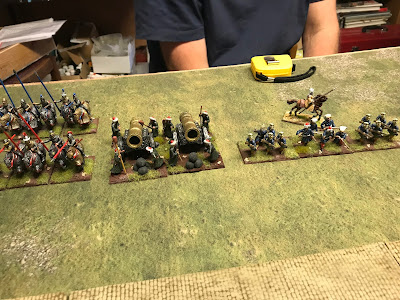 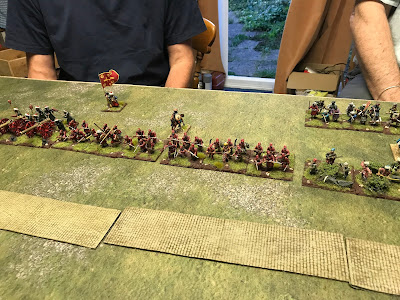 The Polish were set-up for just one plan, a full out charge. So they left forward straight into the teeth of the Turkish army. 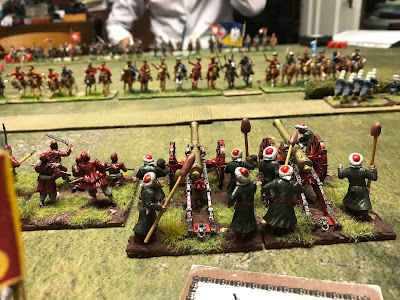 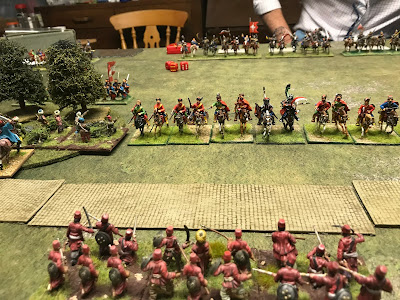 It worked reasonably well with the Cossacks taking only light wounds from the artillery before charging in. They died horribly but did manage to take a few units with them. Next the heavies charged in killing a couple of units but ultimately bouncing off a couple of times. 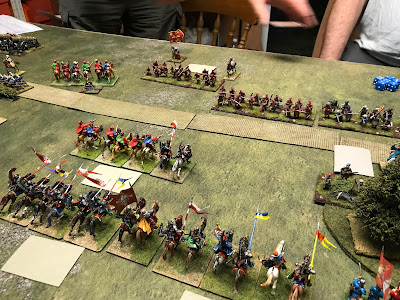 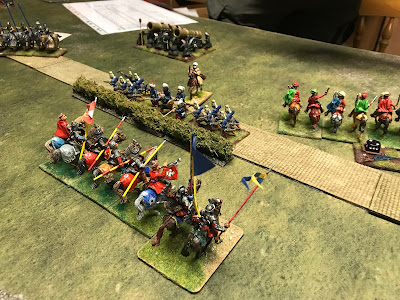 Overall it was not a bad outcome for the Polish - they blew some holes in the Ottoman lines and would have likely won on points if we'd kept count of the dead. So certainly a way to use them and it felt pretty historical. 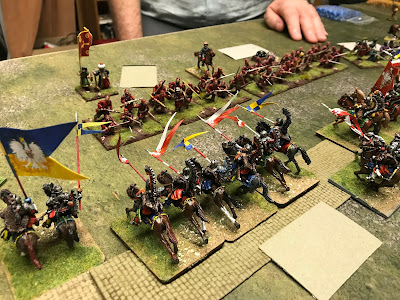