Turn 3 was to be fought over two weeks as we'd a new player this week who needed to learn the rules. So the only scoring game this week was the Ottomans invading Polish province 8. The scenario was Objectives, but to spice things up both players got to position an objective in the enemies half.

Both players opted to place the markers on the eastern end of the field and to mass their cavalry there. The central objective was left to the infantry to contest. 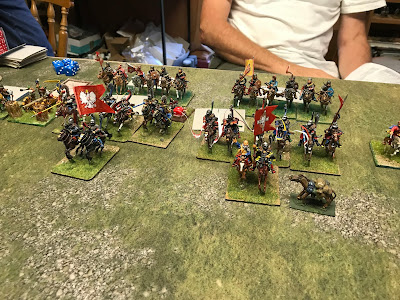 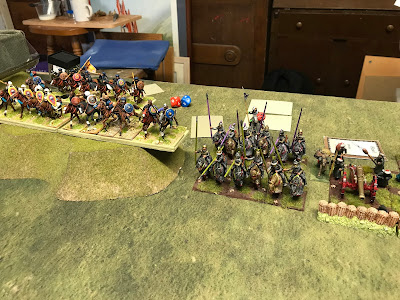 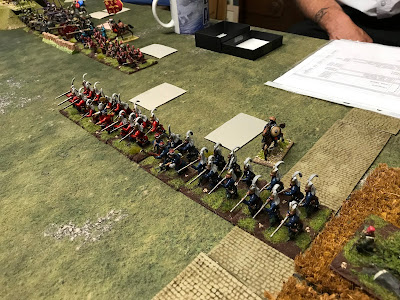 Both sides horse pressed forward with the larger and wider Ottoman cavalry managing to get around the Poles and threaten the objective in their deployment zone early on. Similarly the much bigger Turkish infantry force simply swarmed the central objective and easily captured it. 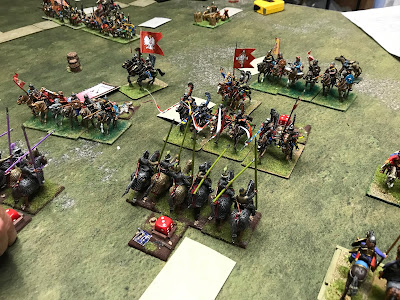 As the action got serious the Ottoman horse proved much more capable than usual, and instead of simply melting they withstood the Polish charge and actually managed to push them back. With the main heavy cavalry attack stalled the Poles found themselves stuck and went on to loose all three objectives. 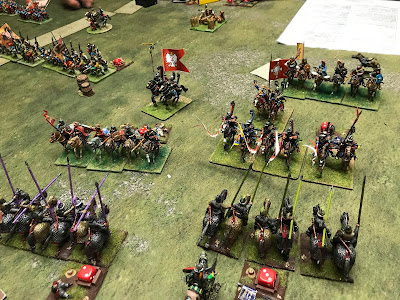 so Province 8 has been recaptured by the Ottomans and a strong foot hold made into Polish lands. 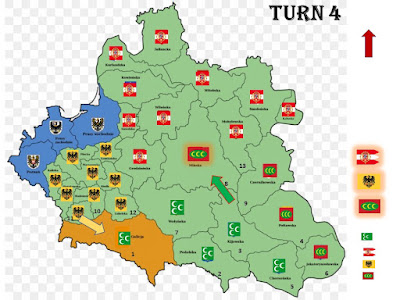 We also fought a small 800 point game so our newest recruit could try out the army they would captain for the campaign - Roy's Imperial forces.

The Germans pressed forward doggedly and enjoyed considerable success in the cavalry melee, before  being more roughly handled by the Ottoman foot and artillery. 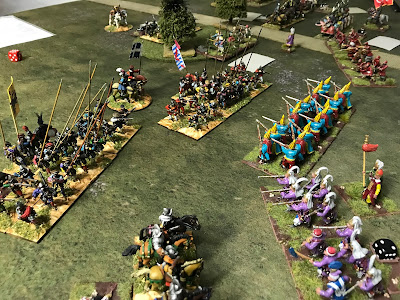