We reverted to a pair of battles this week. Both games involved defence of an objective in your own half, capturing one in the opponents and a central tie-breaker. 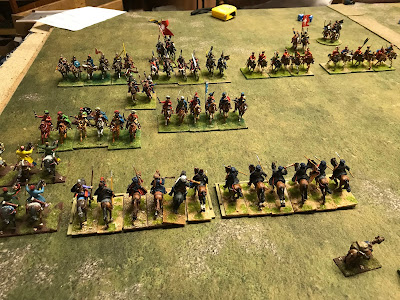 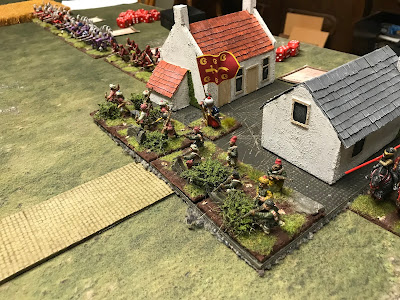 Curiously the Polish massed the bulk of their force against the Turkish flank that lacked an objective. They launched a fierce attack that smashed the Ottoman units posted there, but this left their own objective only held by a light cavalry force. 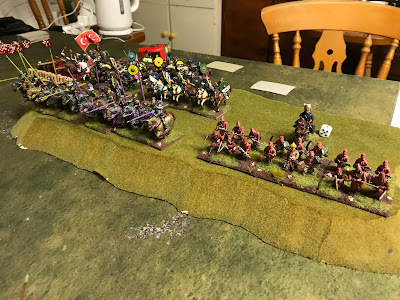 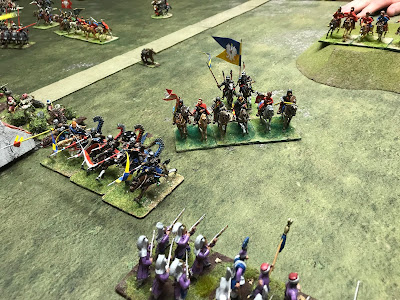 The Ottomans exploited the weakness of the defences around the Polish objective and were able to grab this with an assault form their own heavy horse. 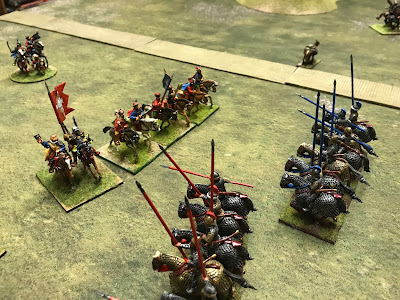 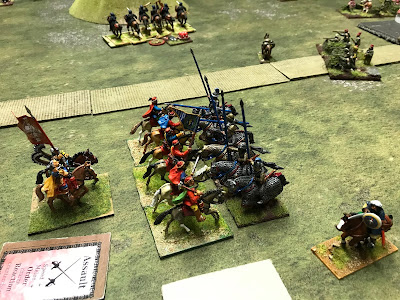 The result was as topsy-turvy as the battle - the Polish caused huge damage but the Ottomans managed to grab all the objectives for a strong win. 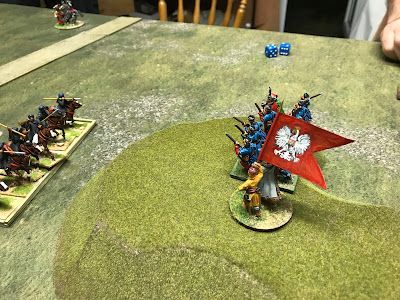 In this battle the Germans deployed a strong infantry force looking to dominate the middle and guard their own objective. They pushed foreword an had the better position in the early game. 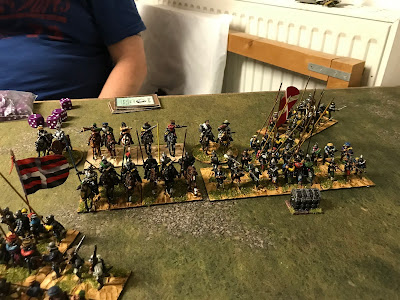 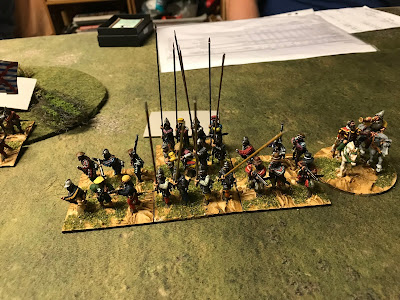 Ottoman fire began to tell and broke one of the German squadrons in the centre, allowing Ottoman horse to pour though the hole and  begin spreading out behind the German lines. 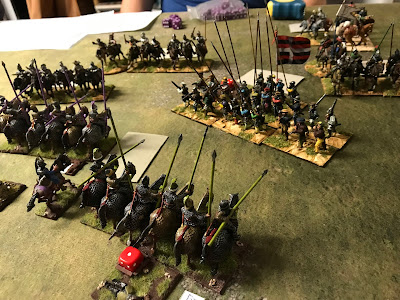 The Germans kept pushing forward but found themselves out numbered or at least challenged across all the objectives. A 7-5 win to the Ottomans. 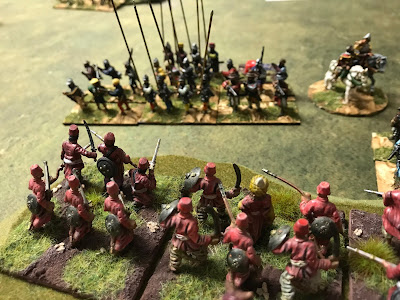 After 6 turns the Ottoman expansion continues with the Polish now under real pressure as they have lost about half their territory. 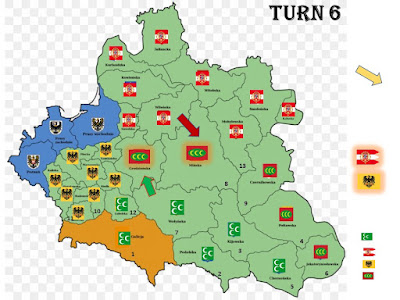