Just the one game this week as the Ottomans pushed deeper into Imperial territory. The scenario was capturing 3 objectives positioned symmetrically on the table.

It was a very different Imperial army that took the the field on this occasion as the infantry were pared right back so that a large force of cuirassiers and demi-lancers could be used. The Ottomans fielded a pretty balanced force.

The Imperials massed all their horse on the west of the field, defending their own objective and threatening the central one. This left only a small force of infantry to contest the centre and some light cavalry to oppose the Ottomans objective. 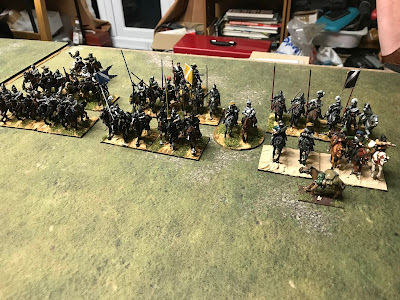 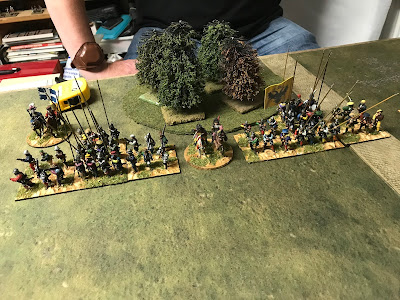 The Ottomans matched the Germans deployment by also having their horse in the West. They had a strong centre of infantry and more infantry holding their own objective. The plan was to hold their own, dominate the centre through weight of numbers and sacrifice the cavalry to keep the Imperials busy. 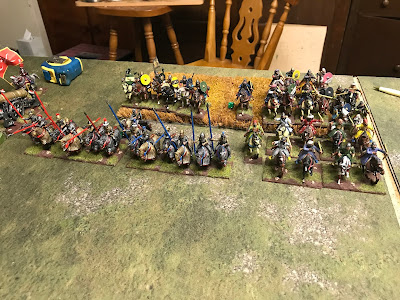 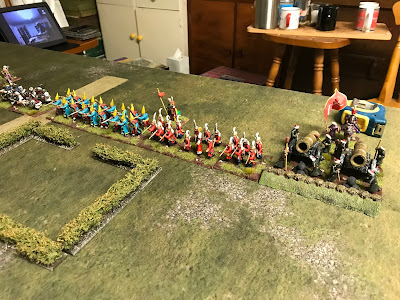 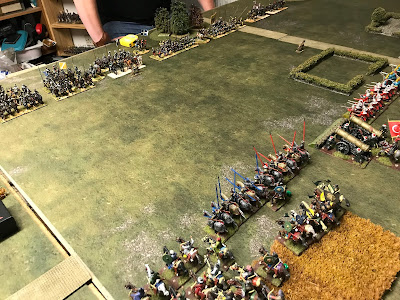 The early turns saw the Turks press forward across the line seeking to compress the space the Imperials had. Some effective early artillery fire slowed the German infantry while the east flank Sekbhan units advanced to push the Imperial light horse back. 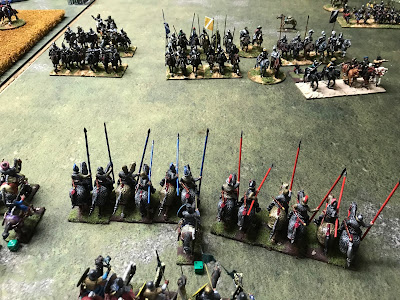 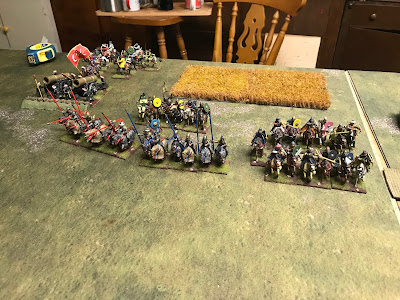 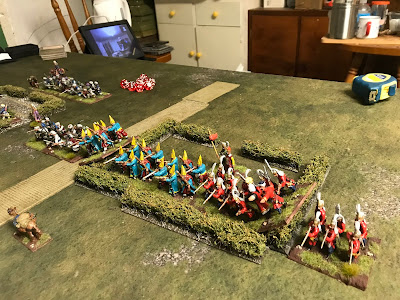 The cavalry melee was more even than points suggested and whilst the Turks made little progress they did tie-down the Imperial horse for the whole of the game. In the meanwhile the Ottoman foot were able to capture the central objective while there was never a serious threat to their own. The result was an 8-4 win for the Ottomans and further German territory captured. 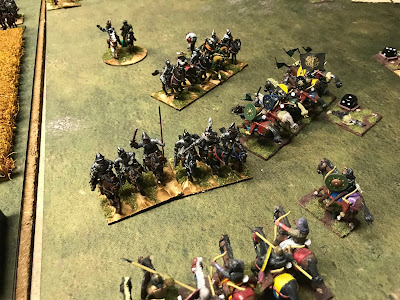 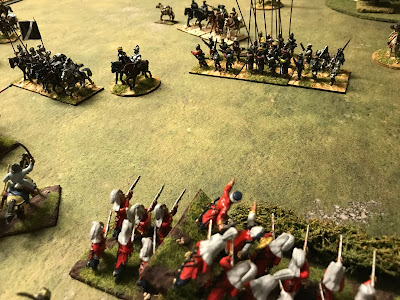 We'll be running a game at the Cotswold Wargames Day using pretty much all the figures we have. see you there!