This week we were able to complete both battles for Turn 7. We played Kill - so simply destroy the enemy and have a 10% lead

The Imperials deployed with a large cavalry force in the east and all their infantry in the west. The Ottomans mirrored this deployment but with cheaper troops out numbered Germans. 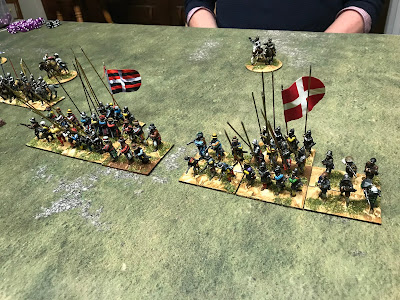 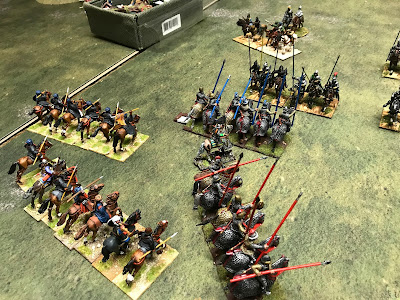 As both sides pushed forward with their cavalry the Ottomans were able to use their greater numbers to slowly establish an advantage in the east. On the west of the field the Germans advanced into the waiting Turks who poured fire into the brightly decked ranks. 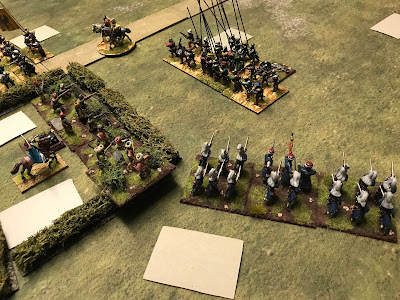 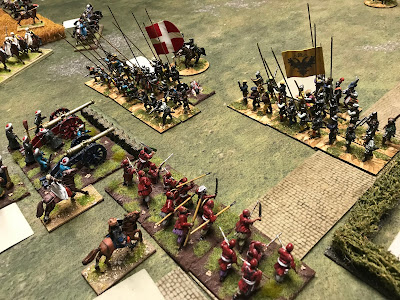 As night fell the Ottomans had a clear advantage over the Imperials and took the win. 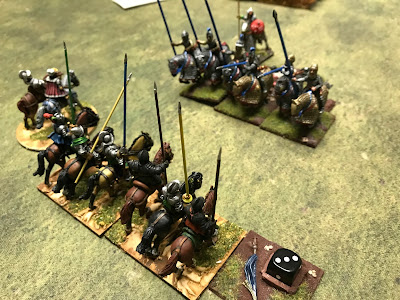 On the second table the Polish adopted their usual aggressive posture with a largely mounted force spanning the full width of the board. The Ottomans were dug in on a low ridge with Janissaries deployed  to guard the flanks. 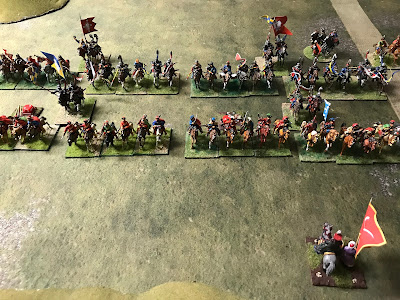 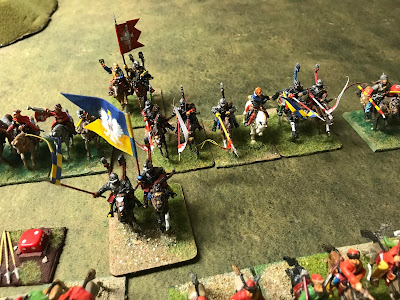 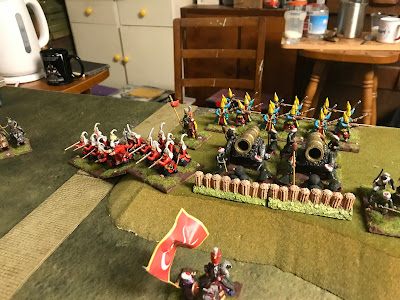 The plucky Poles advanced rapidly on the Turks and took relatively light casualties from the shooting as their light horse absorbed the shots. The Ottomans then lunched a spoiling attack from their right, aiming to slow down the attack and allow some additional shooting. 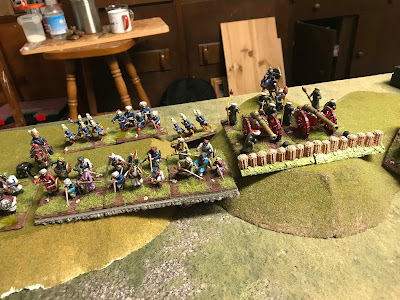 This proved decisive as some strong dice saw a single unit of Ottoman cavalry dispose of 2*Cossacks, 1*Winged Hussars and 1*Pancerani. With this single unit taking out about half the Polish assault troops the attack faltered and then disintegrated under heavy fire. 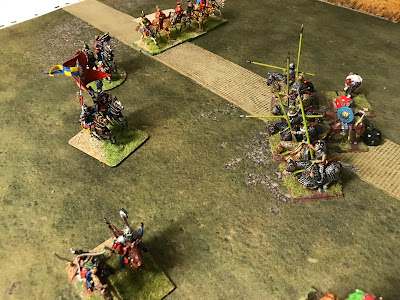 So after 7 turns the Ottomans are clearly in the ascendancy having doubled the size of their foothold in the Polish / Imperial territory. 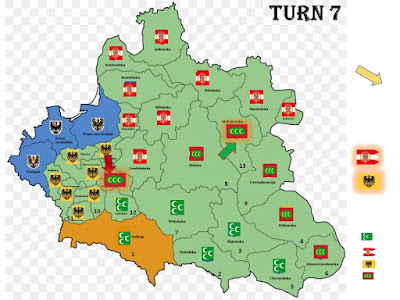