With the lockdown meaning no commute I've had time to do a bit more painting than usual  - in fact I had to restock on brushes this week.  I've posted a few projects as part of battle reports but wanted to do a quick summary post of everything else.

This batch is all Fantasy stuff but my next project is likely Ottoman Turks.

The demonic forces of the Abyss first.


Gargolyes - fast moving troops to harass the enemy and disrupt their attacks. 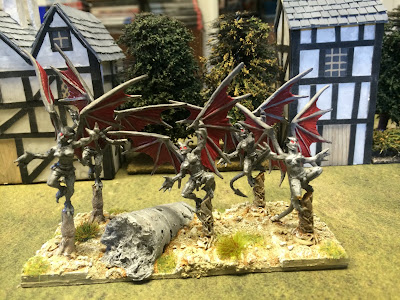 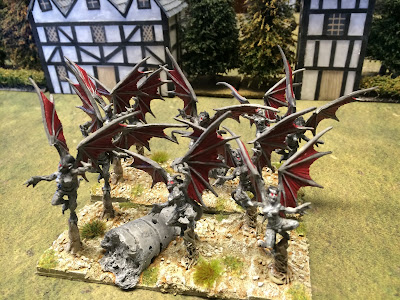 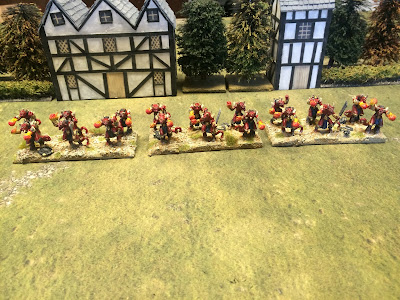 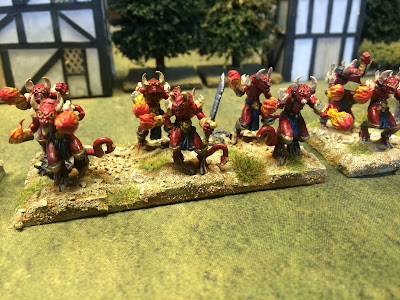 The Hexcaster - a sort of lava crab who absorbs magic to annoy enemy wizards. This is a manic resin figure. Quite fiddly as all the legs came separate. For scale its on a 25mm base 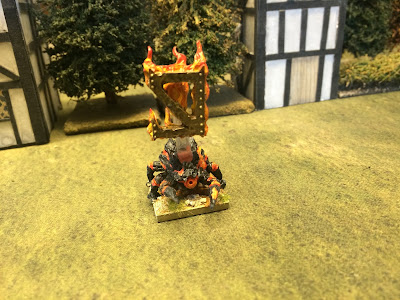 Demonic imps - well they came on the sprues so why not 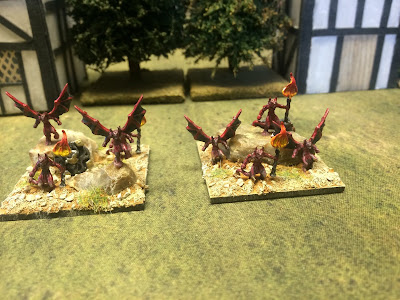 The mighty Infernox, a sort of lava golum who shoots flames and molten rock. On this one I've tried to suggest a red-hot glowing barrel to his flame gun. 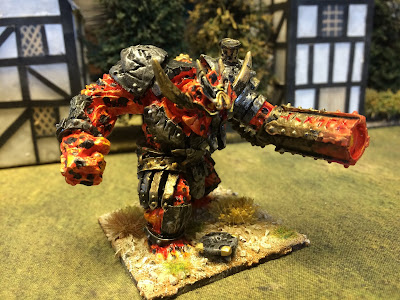 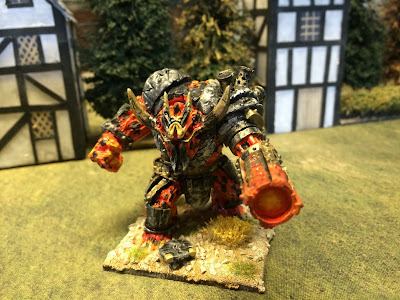 
A banshee a newish GW miniature 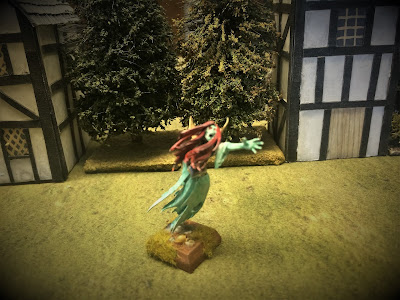 Some Skeletons - a first go with GW contrast paints - a combined wash / paint that gives shading with minimal effort. It comes in various colours so does nt suffer from being dark like the army painter tinted varnish. 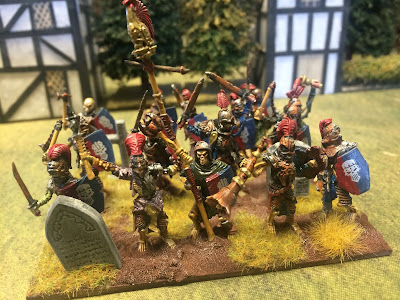 The forces of Byzantium Basilea


A lion-drawn chariot, an old GW kit I was gifted. 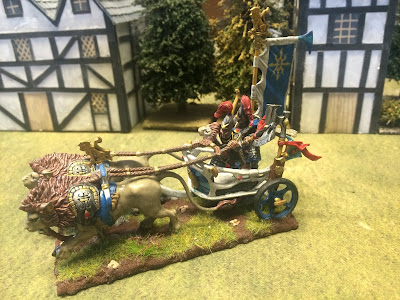 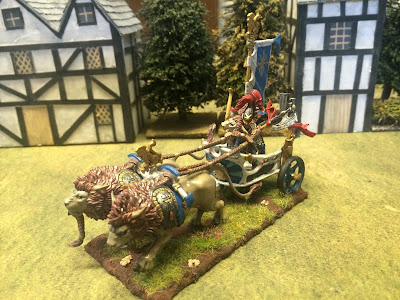