The latest round of the Isolation Campaign between Basilea and the Undead was the Loot scenario. In this 3 Loot tokens are placed along the centre line and the army holding the most at the end is the winner - pretty simple. The Loot can move with a unit but slows them to 5" and removes any movement enhancing abilities. 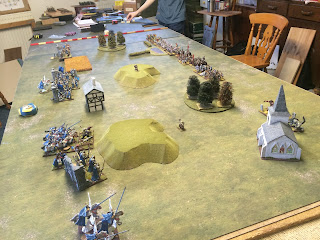 The Undead came with what I'm calling the Hammer Horror build - Vampires, Mummies, Werewolves and skeletons backed-up by a few supporting necromancers. Very tough to kill but quite a small army. 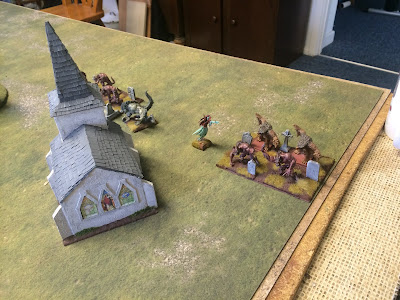 Anticipating that the enemy would have a very tough centre I opted to place most of my units on the flanks - Ogre Palace Guards / General Gnaeus to the left and my cavalry to the right. The centre was held by the Paladin Guards and Sisterhood. Although I had 6 units in the centre none where very powerful, the aim was to make the enemy overcommit and stall for time while winning on the flanks. 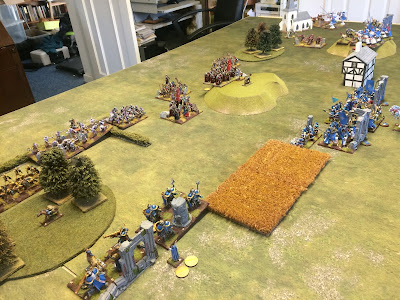 In the opening moves the Werewolves on my right rushed-up and grabbed the Loot, but in so doing got out of position.  This gave me some advantageous charges off the hill and within a coupe of turns I was able to clear my right of all enemy forces. 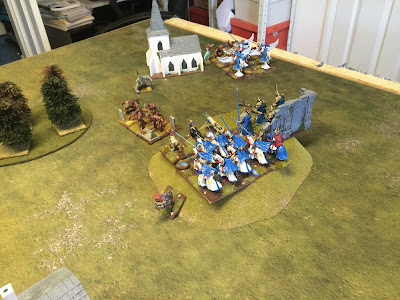 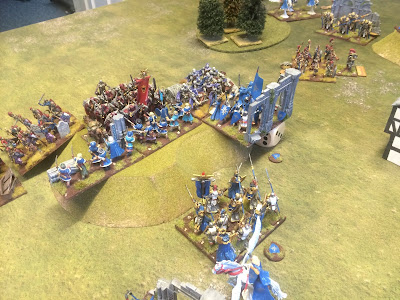 On the left I pushed ahead against the skeletons there and we both lost a coupe of units fighting over the token in a wood. This left me with the Loot and a slight numerical advantage. 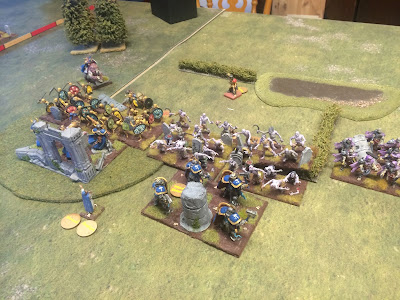 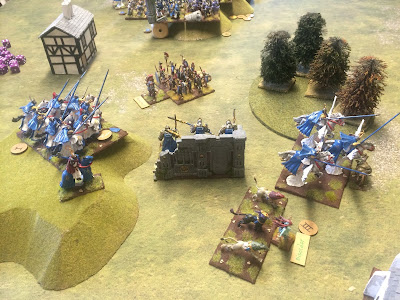 Centrally we became locked in combat. The Vampires were cutting through my troops but it was all taking time precious time, enabling my cavalry from the right to move across and support the centre. 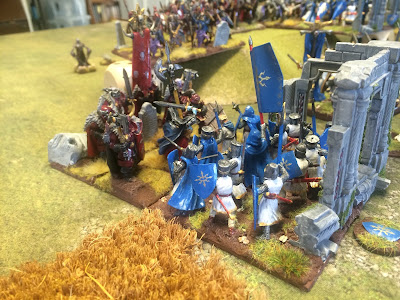 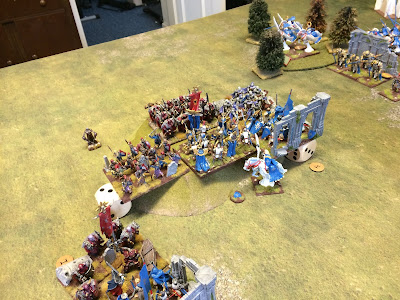 On my left General Gnaeus found himself holding the loot but facing a horde of skeleton spearmen to his front. By hugging the wood he was able to force the skeletons into a series of hindered charges, which never did enough damage to seriously threaten him. Technical bit for the KOW players - I was charged and never countered charged, disengaging each turn. I was clearly never going to rout the skeletons so it was better to make them keep charging on 6+ to hit and simply heal the resulting few wounds each turn. 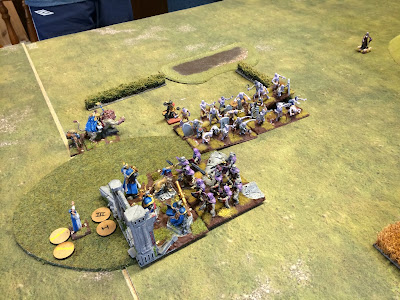 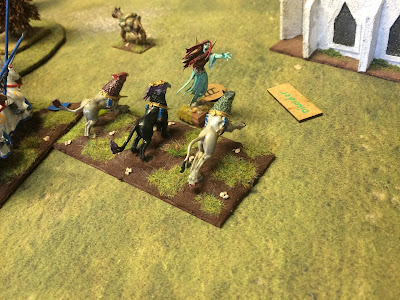 With both flanks secure I managed to feed units into the centre from my right to delay the Undead progress and win 2-1. 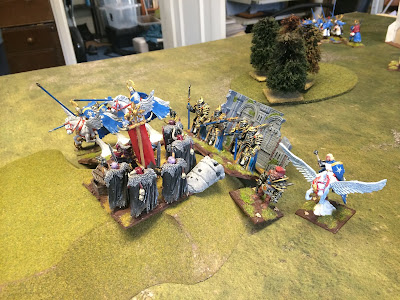 The secret here was that the Undead overcommitted to the single Loot in the centre, having about twice as many points as a I did there and leaving me to outnumber them on both flanks. 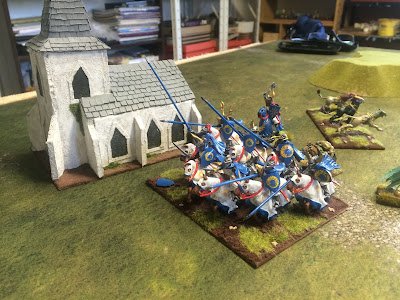 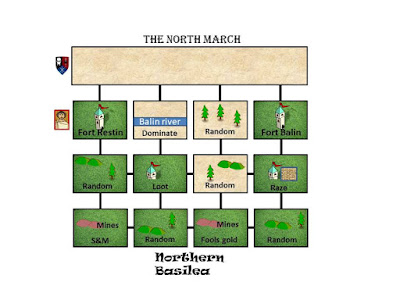