To round off the campaign between the Basilean Paladin Gnaeus and Mhorgoth evil necromancer we decided to a large game. At 4500 points its about twice the usual size and means we can use most of the two armies we own. We played Control as this spreads the units out - the table (10 foot for this game) is split into 6 sections, 2 points are awarded for the enemies and 1 point for all others including your own centre. 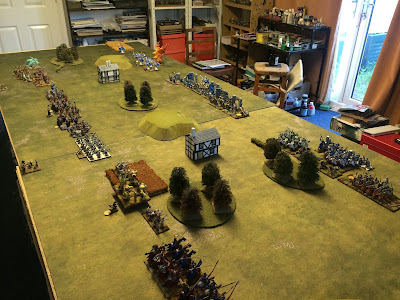 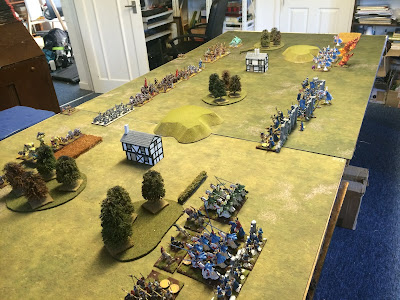 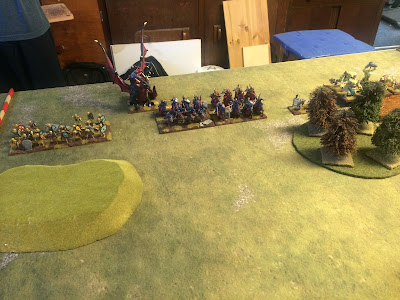 The centre was a tough prospect with mummies, vampire infantry, elite skeletons and some zombies. Mhorgoth himself was in support. 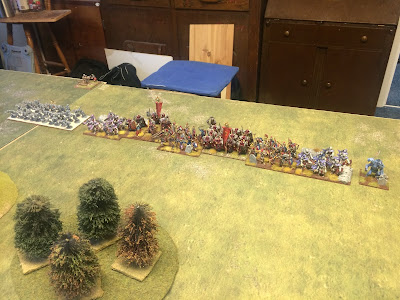 The Basilean left was fast moving with werewolves, wights and a further horde of skeleton spearmen as a second line. 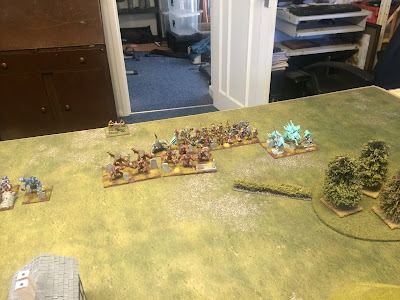 On my right I went for a flying circus of Elohi hordes (flying knights), an Ur Elohi flying hero and a phoenix support. 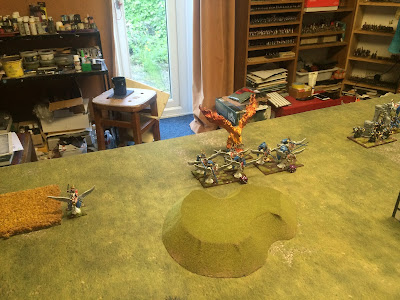 Centrally I deployed my paladin footguards and ogre palace guards 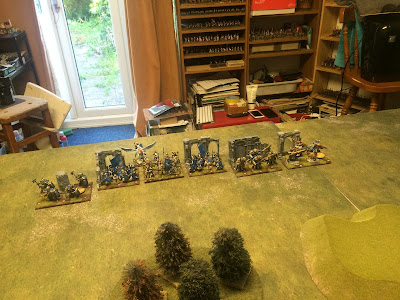 Finally on the Basilean left was another fast force of knights and panthers with some spearman in support. I also had Jullius - a powerful flying hero to counter the Undead dragon. Forward deployed were some bow armed scouts. 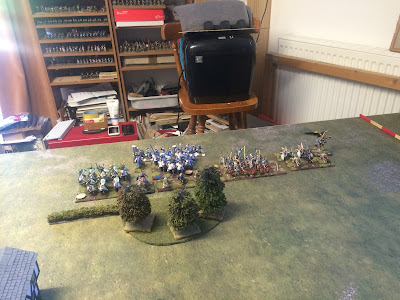 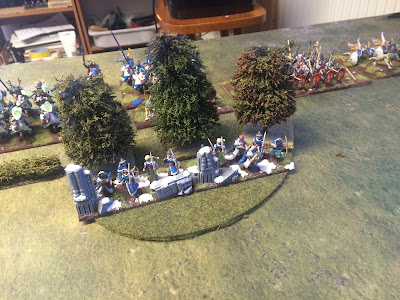 My plan was a fairly simple one and tailored to the scenario.  The Undead centre was so powerful that it was very unlikely I could prevent it capturing my 2 point zone, so instead I would try to make that take the whole game. I would focus my energies on two fast-moving flanks in the hopes of winning both those and maybe sneaking the enemies central zone late on. 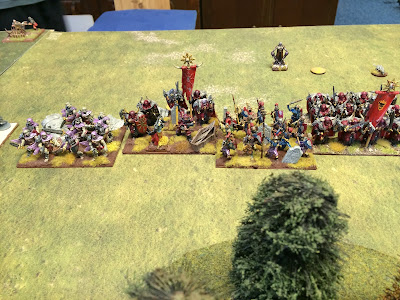 On my right I had the speed advantage over the werewolves and wights and so was able to get the drop on them and make the crucial first attack. This proved highly effective as I routed the werewolves and tied-down the wights with a lucky double-6 on two successive moves. 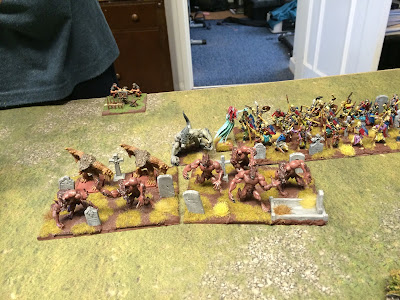 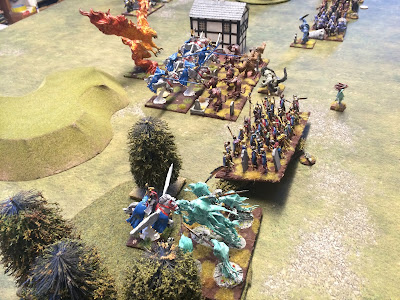 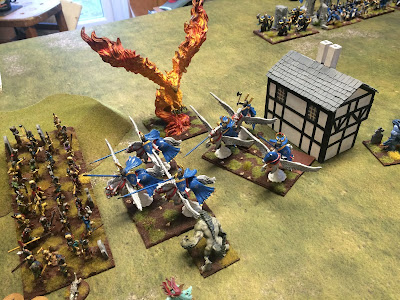 On my left Undead attacked swiftly with their dragon and knights but I was able to hold that initial thrust and then counter attack strongly with my knights. By the end of turn 4 I had cleared the left of Undead units and was able to begin moving my knights towards the centre. 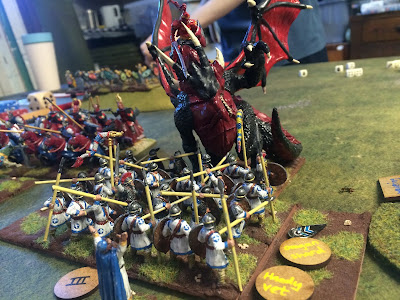 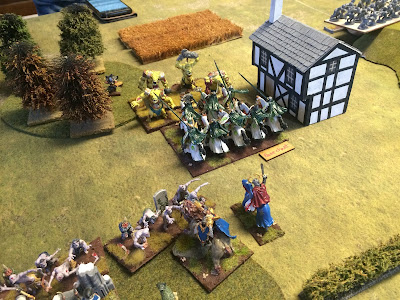 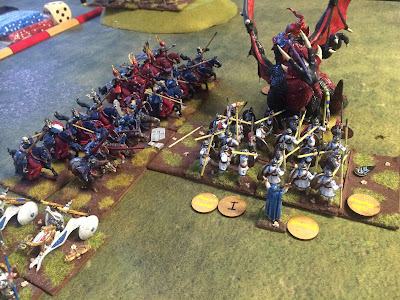 Centrally I delayed the combat but by turn 3 was forced to charge of be charged. I attacked with all the palace and paladin guards but made only a small dent in the Undead's heavy infantry.  Their counter was pretty devastating as 6 of my 7 units were destroyed over the next 2 turns, mostly by the Vampire infantry. 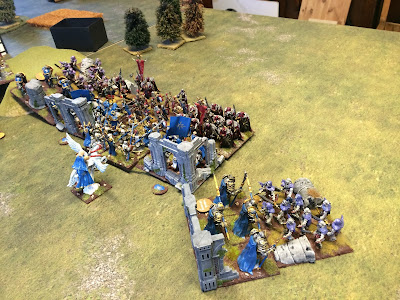 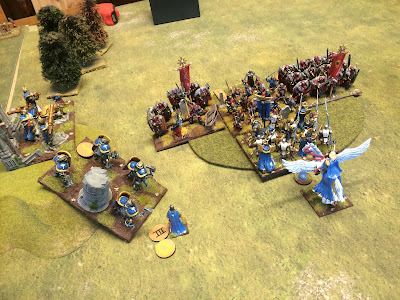 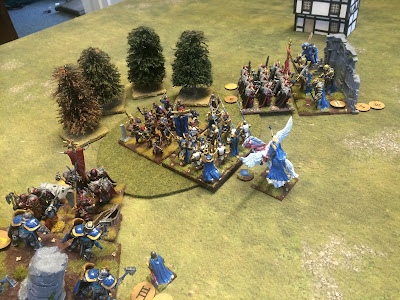 At the end of the game both sides had suffered heavy casualties, but the victory were as follows:

So the end result was a 5-3 victory for the Basileans in a closely fought game. In hindsight the Undead probably overinvested slightly in their centre - it was unstoppable but might have done equally well with one or two less units, which could have boosted a flank.