As we've only played The Men Who Would be King a few times we opted for a practise game to refresh the rules and see how it played with armies about 50% larger than standard (36 points).


A cavalry melee developed on the Burpha right, which lasted for much of the game as they were pretty evenly matched and the morale proved to be high. 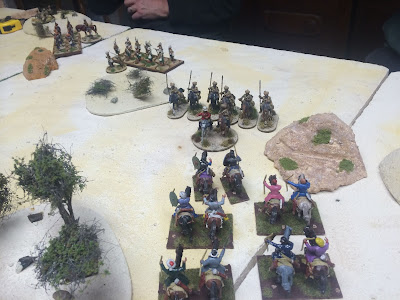 The Burpha horse managed to flank the British position, forcing them into close order. A few quick volleys sent the Bruphas scurrying back for cover though.


In the centre the Burphas managed to grab the compound and occupy the woods next to it. This was a strong defence but attracted the full weight of the Imperial fire pushing them back out of the cover. 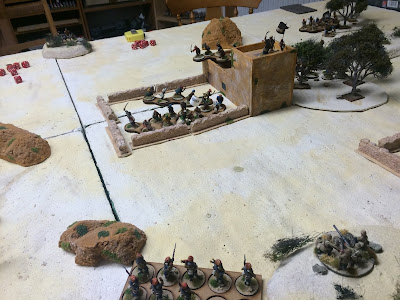 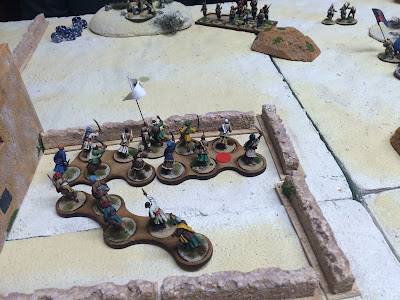 In frustration the Burphas launched an attack against the British troops closest to the  compound but bounced-off the well protected infantry with bullets whistling about their ears. 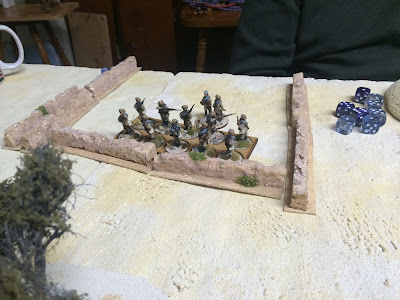 The game ended with the Burpahs holding both objectives as the British has made only limited progress onto the table. Burpha casualties were high but they ddi manage to wipe-out a unit of highlanders and badly maul the Bengal Lancers. 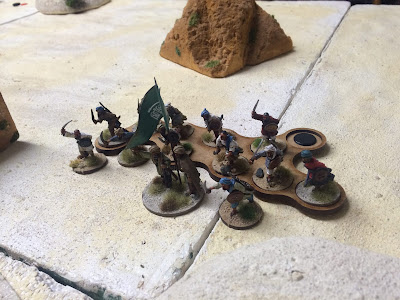 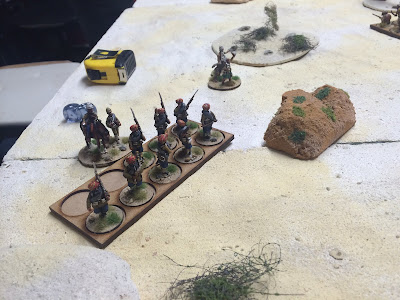