We are now firmly into the later stages of the Crusades campaign. The mountain-route army was able to capture Damascus following a successful siege but now had to face a relief-force attempting to bottle them up in the town. The scenario was Eliminate in which points are awarded for destroying the enemies three most costly units whilst trying to preserve your own.

The Saracens deployed with a strong force of cavalry on their right, the centre right held by a shooty force of horse archers, the centre left of mostly heavy infantry and a further cavalry force on the right. Some Mamluks were held in reserve centrally. 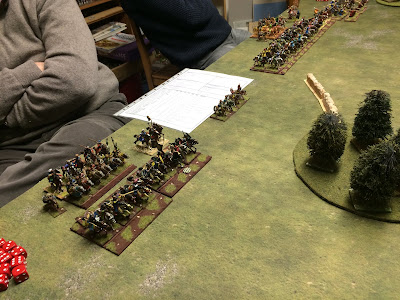 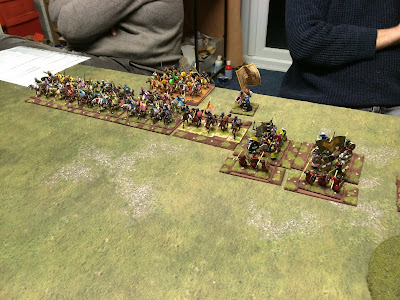 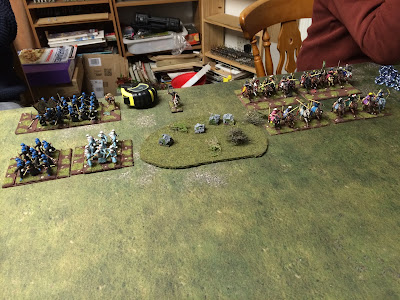 The Crusaders deployed with the Byzantines on the left supported by a horde of crossbows. The centre was forced of knights and the remaining infantry. The right had a couple of units of knights and some light horse. 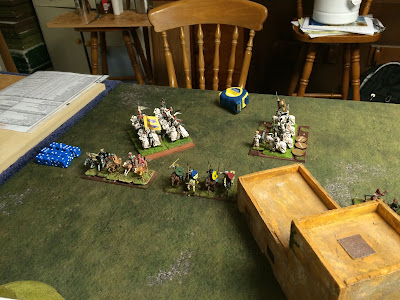 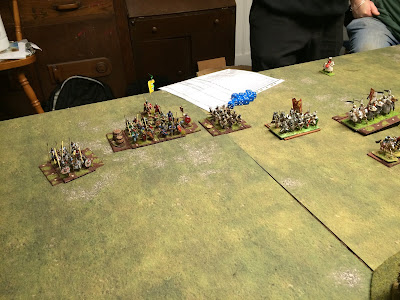 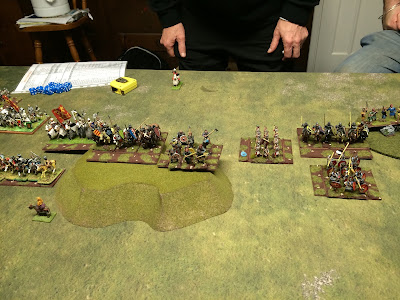 The battle began with the Byzantine horse moving forward to engage the Saracen cavalry opposite them. The shooting was partially successful but did not prevent the Saracens charging. It seemed likely the cavalry would cancel each other out' leaving the Malmuks free on the Crusaders left. 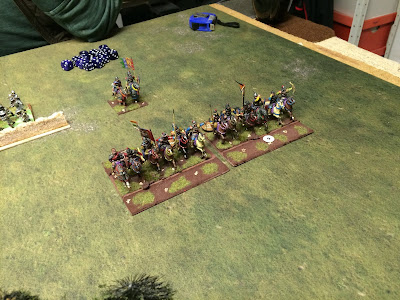 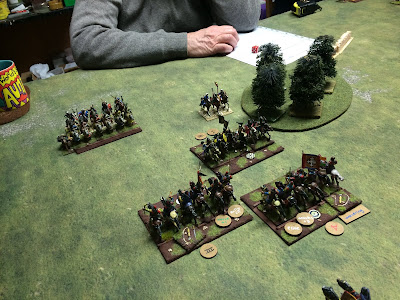 Centrally the Crusader and Byzantine foot advanced boldly seeking to engage the lightly equipped Saracen horse archers and bring them to battle. This proved successful and the Arabs were pushed-back, forcing them to commit their cavalry reserves to the fight. 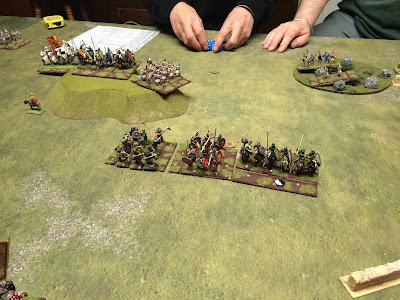 On the right the Crusaders exploited the constrained space to even the odds against the  slight numerical disadvantage they faced. Seeking battle the knights allowed themselves to be charged to draw-out the Saracen cavalry and then counter-charged strongly. 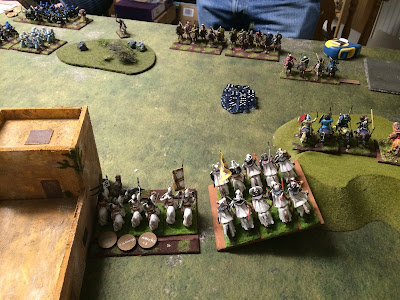 As predicted the Mamaluks on the Crusader left were able to free themselves and attack the flanks of the crossbows. A painful blow but one that this powerful unit busy for a couple of turns.

Centrally the Crusaders were able to break through the thinly held lines and in the process kill one of the Mamluk units giving a 3 point lead as they were a scoring unit. Meanwhile on the right the knights were able to fend off the Saracen horse and then threaten the Arab left containing a second scoring unit in the shape of the spearman horde. 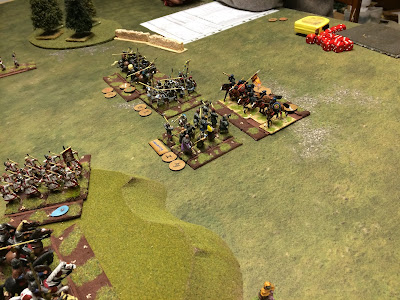 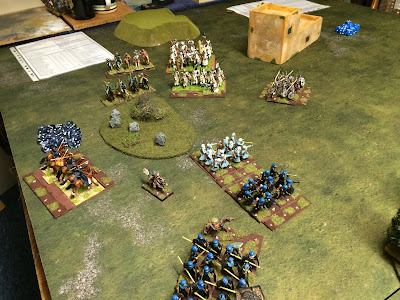 With the fall of Damascus the mountain-route army could now move to assault Jerusalem. This will be the battle next week and climax of the campaign as we fight our first siege. 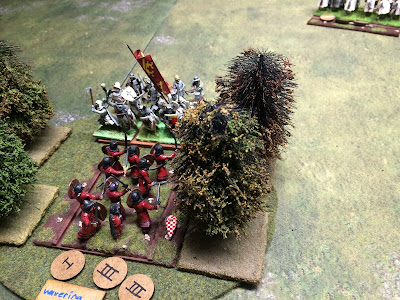