Having been defeated by the Saracen relief force in the previous battle the Crusaders on the coastal route again found themselves before the gates of Antioch. The scenario was Pillage, meaning points were scored for holding objectives at the end of the game. One was deployed in the centre of the field with 2 deployed by each player; not within their set-up zone and not within 18" of another.


The Crusaders opted to split their objectives between their left and right flanks, with both just outside their deployment zones. They loaded the bulk of their cavalry on the right flank and the infantry on their left. The Byzantines occupied the centre.

The Saracens placed both objectives on their right and deployed the bulk of their infantry guarding these, with a small cavalry force on the extreme right. The Saracens left contained the medium and light cavalry, with the Mamluks in reserve.


The Crusaders moved first and advanced across the line hoping to close the distance as quickly as possible with the Arabs. The Saracens sought to create some charge lanes by pushing forward their light cavalry to tie-down the advancing knights. They also harassed the crossbow horde with some skirmishers and generally sat-back to shoot the advancing Crusaders. 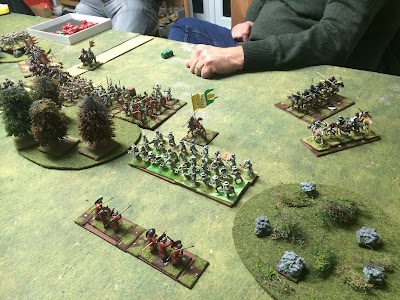 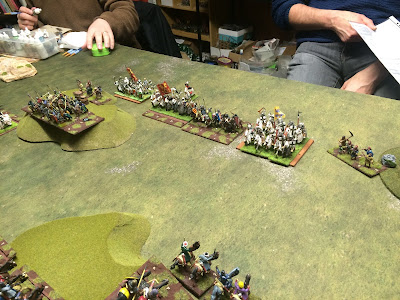 The Crusaders spear horde quickly seized the objective closest to their set-up zone while the knights and Byzantine cavalry generally got stuck into their opponents. At this stage things looked poor for the Saracens - a couple of unlucky morale roles left them outnumbered and against heavier opponents on their left. 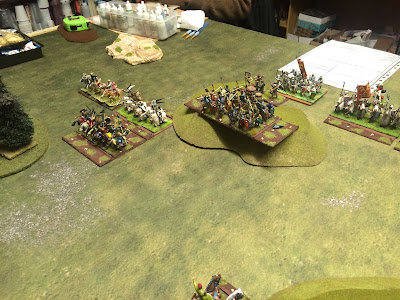 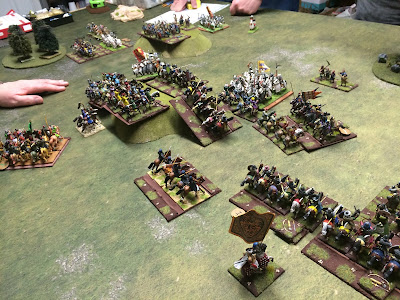 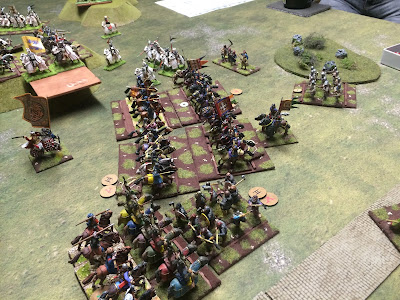 Although things looked bad for the Saracens as we hit turn 5 they were putting up some resistance against the knights as the Mamluk reserves joined the fight. On their right the Saracen infantry was unscathed and facing weaker opposition.

So it was that Saladin took a risk and abandoned the objectives being guarded there and attacked with the infantry.  This proved a successful move and the Crusader infantry fell back under the advance. 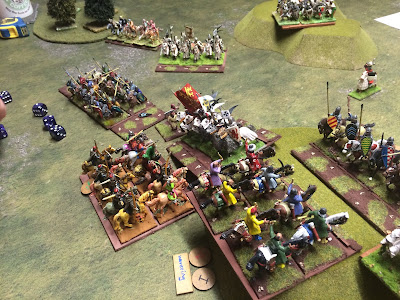 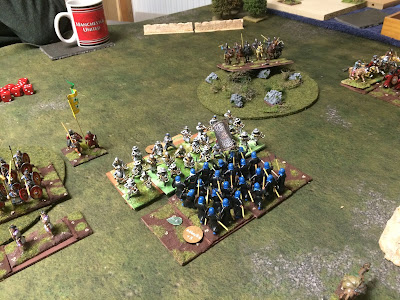 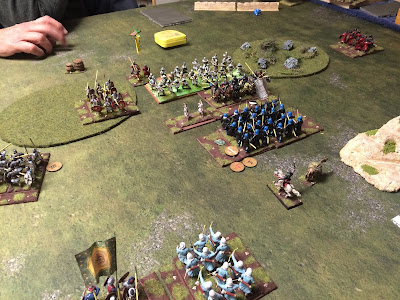 Turn 6 ended with both sides holding 2 objectives and 1 contested, so a draw. 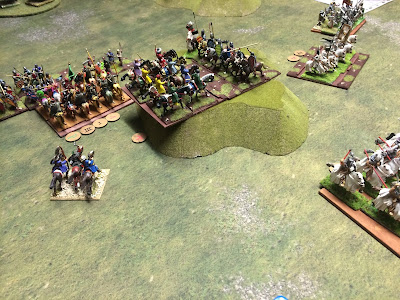 The Crusaders certainly had the advantage early-on but this scenario is all about the end-game. In hindsight the knights started too far from the Saracen objectives to mount a serious attempt at capturing any of them. So although they smashed the enemy they did not influence the battle outcome.