A tale of two forts - the opening round

This weekend a slip-slided my way over t0 Fishponds on a snowy and crisp winters morning for the opening round of a combined KOW / Vanguard campaign pitting my Lizardmen against the Herd. Full details can be found here. We're alternating skirmish and pitched battles, with the former influencing the later in a small way.

In the first scenario the Basileans are defending a beacon to stop the Night Shades from using it summon reinforcements for the coming battle. I went with a solid force of 1*Vet Sergeant, 2 * Sergeants, 1* War Wizard (Salamander emissary), 2*Paladin Defenders, 3*Men-at-arms, and an Ogre Palace guard.

My simple plan was to position the Paladins on the beacon as my best defenders, with the Veteran Sergeant in support for his Inspiration effect on morale roles. The others would be divided to slow-down the enemy advance and play for time. 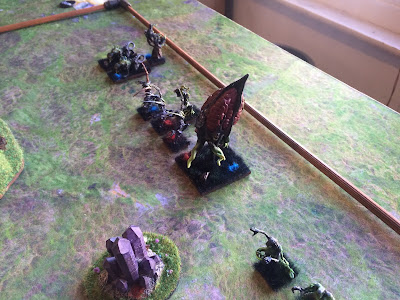 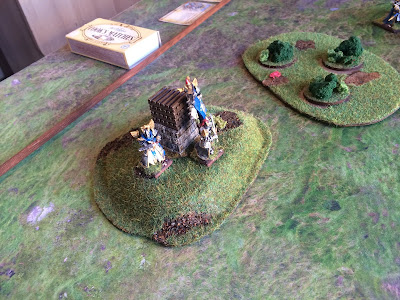 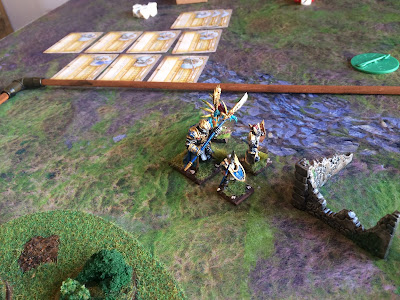 The first move was pretty uneventful as the Basileans formed a defensive chordin around the beacon and waited for the attack, in what seemed like decent positions. 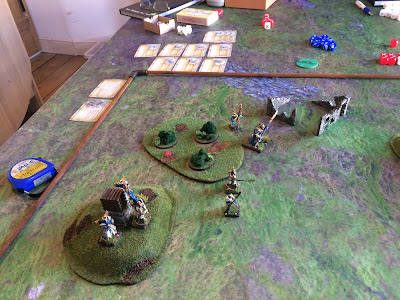 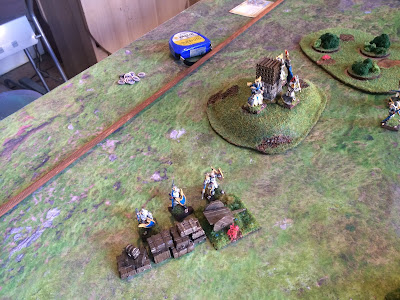 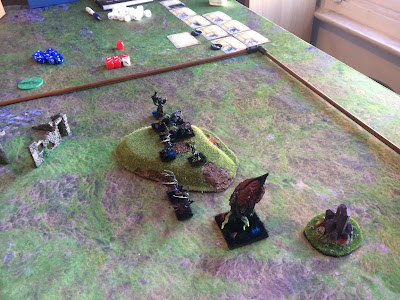 An early error lead to the loss of the War Wizard but the more devastating blows came once combat was joined. The normally resilient Basileans evaporated under a blizzard of "exploding 8's*" from the Night Stalkers and 1's / 2's from me.

* a Vanguard mechanic where any hit / save where you throw an 8 means you get to throw another dice, and they can chain! 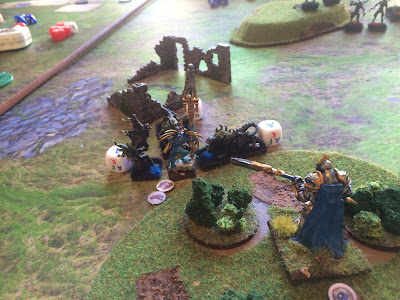 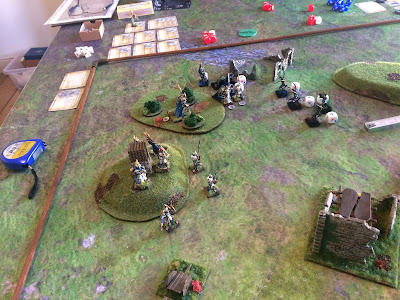 By the start of move 4 the Basileans had been annihilated without causing a single kill to the enemy - very unusual for them. The main characters survived but little experience was accumulated. 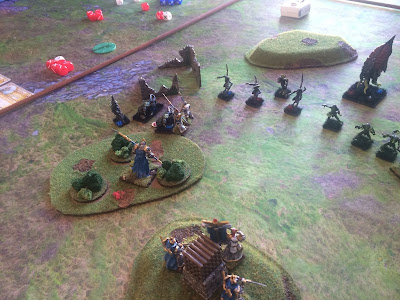 Desperate to regain some ground the Ogre was dispatched to the fighting pits where he won enough gold to make the total haul up to 24 gold. 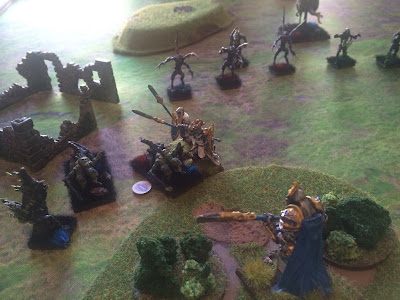 So what went wrong? The loss of the War Wizard was a simple error of timing as he got left exposed. The very bad run of dice by Basilea / excellent dice by the Night Stalkers exaggerated the result a little. Perhaps though I should have sought contact with the Paladins and used other units to protect the beacon.
Posted by Wargamer Stu at 10:30