For this battle the scenario generator threw-up Dominate - where points are scored for all units within 12" of the oasis at the end of the game.


The Crusaders adopted a simple plan - the knights and light horse massed on their left looking to deliver a strong flanking attack. The Byzantines occupied the centre along with the crossbows to provide a solid base of fire opposite the oasis. The Crusader heavy infantry formed a refused right flank. 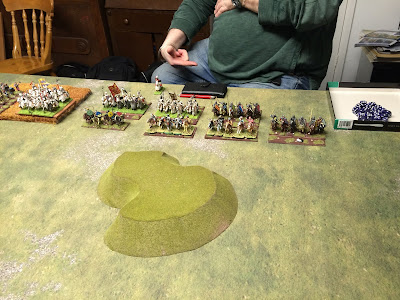 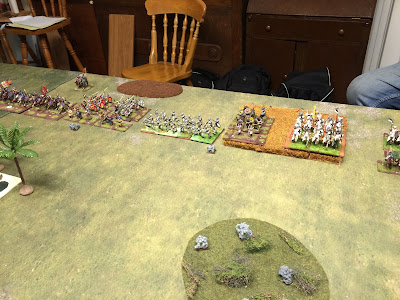 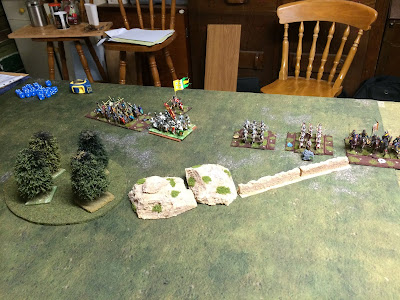 The Saracens opted to mass most of their horse archers on the right, so opposite the knights. The Mamluks were in support on the right. The Saracen centre and right was a mixture of infantry and medium cavalry. 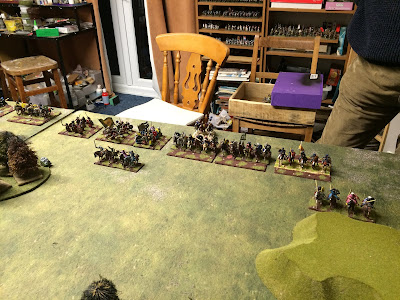 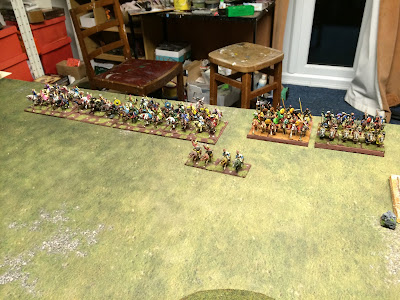 Facing a large number of horse archers the knights opted to push full-steam-ahead, using the light horse as cover to shield them the Saracen shooting. Within 2 turns the Crusaders heavy cavalry was engaged across the line and eating into the lighter Arab horsemen. 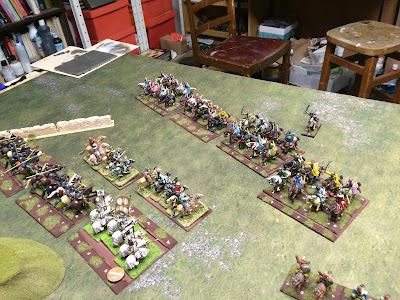 In the centre the Saracens edged forwards but came under sustained fire and the advanced became bogged down as they sought cover to preserve their forces. 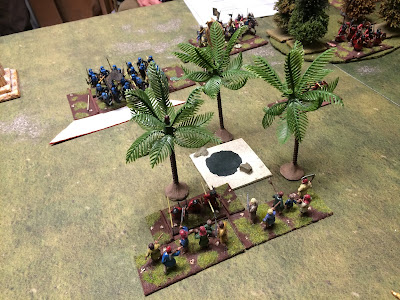 After some initial hesitation the Saracens attempted to outflank the Crusaders on the left but found there way blocked by a spearman horde and a unit of foot knights. This quickly settled into a grinding match that would tie-up the Saracens for the rest of the game. 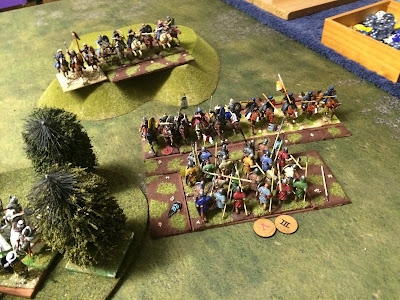 On the Crusaders left the superior numbers and quality began to tell as the Saracen line unravelled, with units routed and holes appearing that opened-up flank charges. 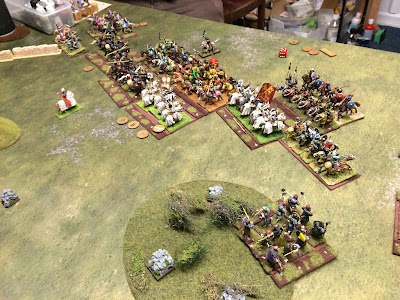 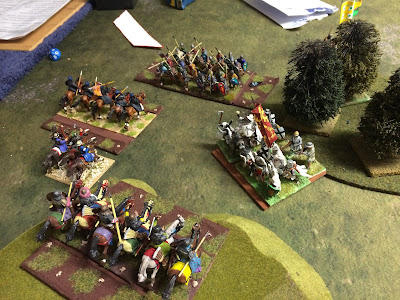 By the end of turn 4 the Saracens right was all but destroyed and the centre weakened badly. It was clear that the Crusaders had one as they had plenty of potential scoring of units able to move into the centre zone in turn 5. 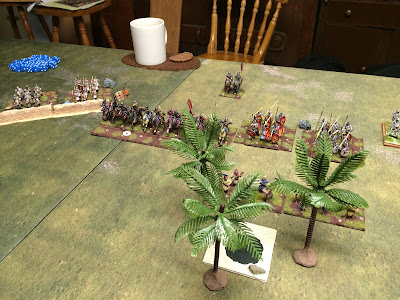 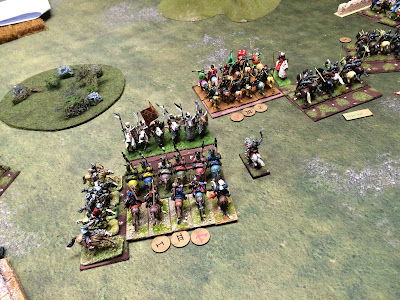 A brutal game with the massed knights overcoming the massed horse archers. 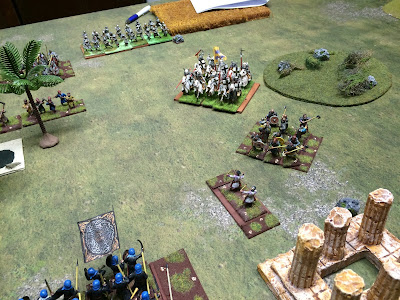