The (Desert) Eagle Has Landed - some WWII fun & games 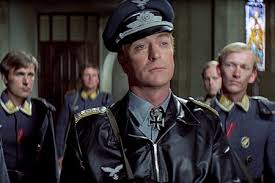 As the campaign had finished we decided this week to recreate the famous movie but reset in the desert as we already had the terrain / figures out for that. Steiner led a force of 3 FSJ squads (each of 2 fire teams) and faced 2 platoons of British (3 squads each) supported by 2 M3s and a Bren Carrier.

The aim was simply for Steiner (Michael Caine) to run from the Cafe to the church and locate the escape tunnel, which would take 4 turns.

The terrain comprised a small village with the church at its centre. On the southern side was the café where Steiner begins the game. Also to the south was a large warehouse playing the part of the watermill. The Germans began with a squad each in the warehouse, church, and a house. It sounded a simple matter for Steiner to run to the church whilst his men held for a mere 4 turns!

True to form the inexperienced Colonel Pitts (Larry Hagman) launched a rapid attack on the village rushing troops in trucks from the east and north towards the church in an attempt to intercept Steiner. As with the movie they were strafed by the Germans and pinned on the roads. 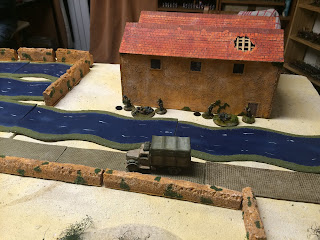 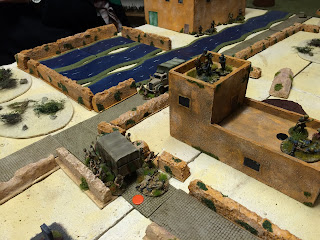 As Steiner began his move towards the church British reinforcements arrived from the north in the shape of a motor rifle company with M3s and a Bren Carrier. They quickly established a base of fire with their armour and pushed their infantry towards the church. with Captain Clark (Treat Williams) now in charge things would get harder for the Germans 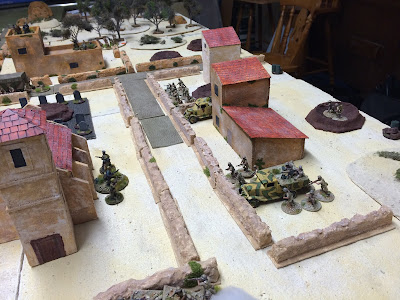 With Colonel Pitts forces still pinned-down on the Clark manoeuvred his units to launched an assault on the church with his whole platoon. In the meantime Steiner had arrived and begun his search for the secret passage that would allow his escape. 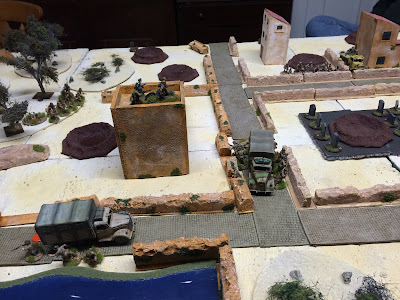 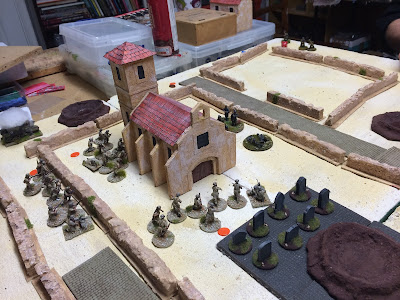 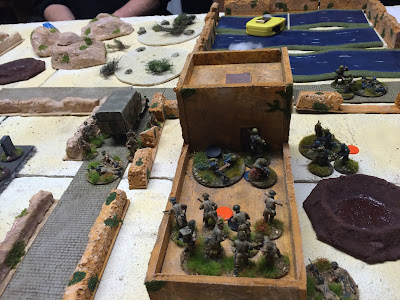 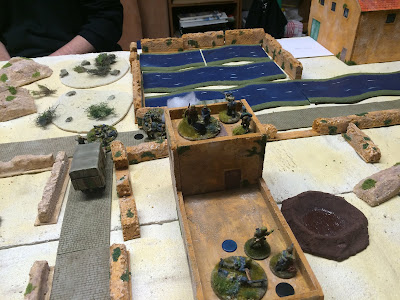 The initial assault was a partial success, pushing into the church and forcing Steiner out. He then counter attacked pushing some of the British back in-turn, in a pleasing see-saw combat. 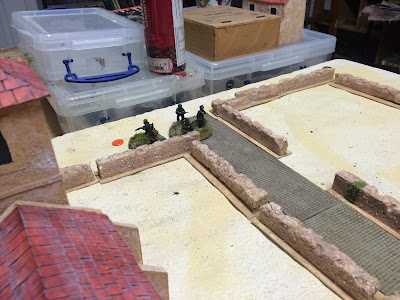 Then came the crucial moment of the game as Steiner bravely led another assault to clear the British from the churchyard. Although a success it left him in line-of-fire from one of the M3s. In a hail of 0.5cal bullets he fell fatally wounded, handing a win to the British.