The Germans had been able to gradually clear the outer defences for Rathymnon airfield, so the season finale saw them attacking the airfield itself to grab a vital air-bridgehead. The runway formed one side of the table with a few scattered buildings providing the main defensive positions. 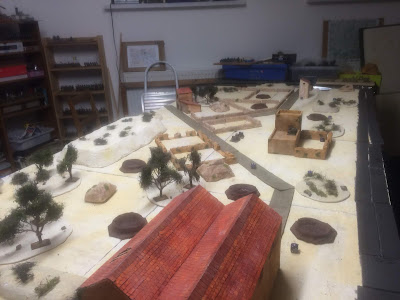 The Germans deployed the bulk of their infantry early with the mountain troops attacking the left and the Paras the right. Mortar fire rained-in to suppress the defenders fire as the Germans advanced. 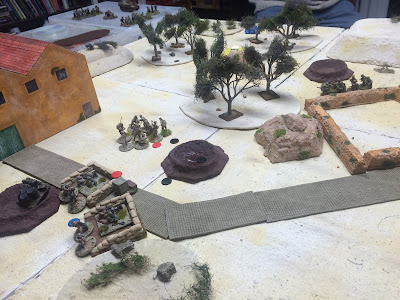 Despite a significant numerical advantage on the artillery front it was the British mortars that proved the more effective, quickly pinning the mountain troops and causing casualties to accumulate. 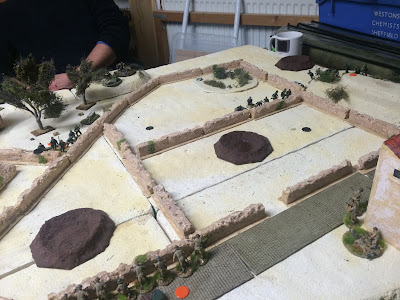 In a bold move the Brits moved some infantry forwards to form a bulwark against the Paras occupying the German right. Lurking in the woods on Overwatch they were able to stall the Para's advance. 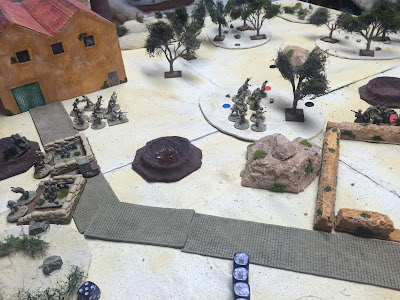 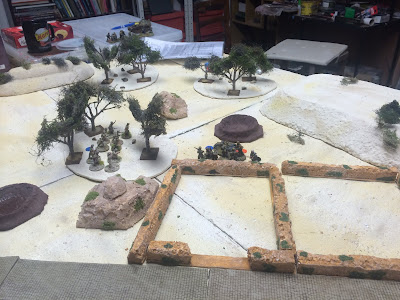 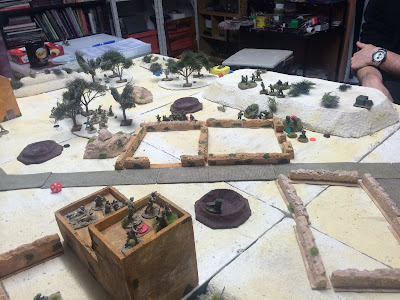 Further good dicing from the British infantry rapidly reduced the mountain troops to the point they could  no longer advance, removing them as a threat and allowing the focus to shift to the Paras.


It became clear a few hours onto the battle that the Germans attack was stalled and so they withdrew, marking the first defensive victory of the campaign. This led to a 4-3 win to the British overall. 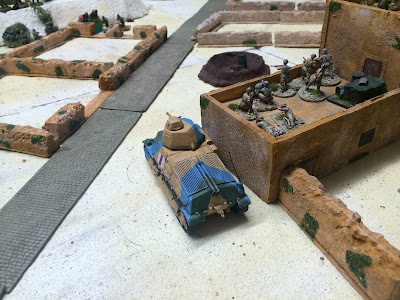 The win was mainly we felt due to the failure of the German artillery to have any meaningful impact on the game - it was slow to acquire targets and did little damage when it did. 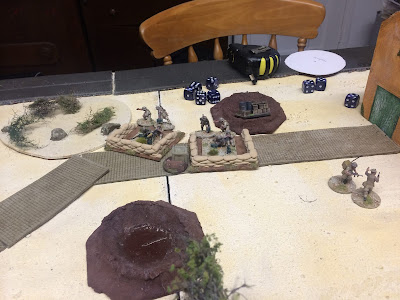 So with that final game we reached the end of the Crete campaign. The rules have held-up well to the demands of the games and the limited armour available has not proven especially dominating on the outcomes. The terrain turned-out much better than I had expected and having nicely packed tables certainly helped the attackers.
Posted by Wargamer Stu at 11:59