For this weeks game we're again in 1863, with a fairly simple encounter game.  Both sides are seeking to capture an objective in the opponents deployment zone, but the notional defender has a half filled with cornfields. These reduce the effectiveness and range of shooting but don't hinder movement. The pregame phase led to the Union having 3 less activation cards than the Rebs (21 to 24).

Being out scouted the Union were the attackers and had to deploy first. Seeing that the cornfields would nullify the artillery they opted for a main infantry attack on the left with a grand battery on the hill to pin the defenders in the fields. On the right a skirmish line would try to tie-down the enemy.

Having seen the Union setup, the Confederates massed for an attack in the centre with most of their artillery seeking to block the Unions main assault.

The Rebs pushed though the cornfields with a massed attack seeking to smash through the Union line and grab the objective. Seeing the threat the Union forces on the left swung inwards to flank the Rebs attack. This had the desired effect; slowing down the attack and diverting some of the Rebs infantry to cover the threat. 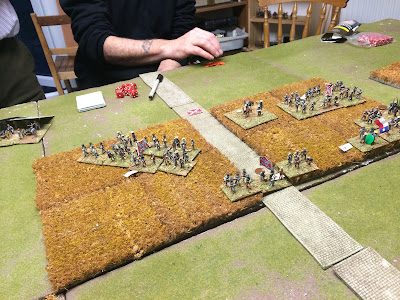 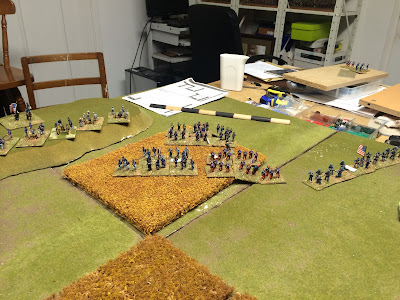 With the Rebs attack stalled, the Union pressed forward and gave a lively fire into the Rebs ranks. Good cards and good dice gave them the upper hand in the firefight and rapidly thinned the grey ranks. 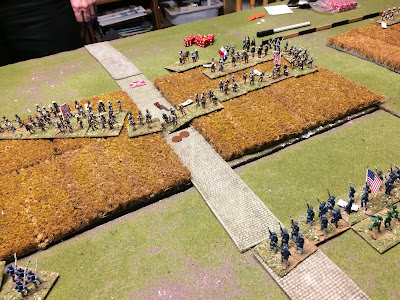 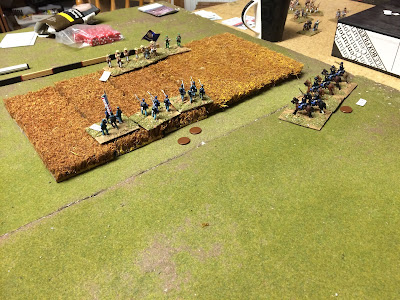 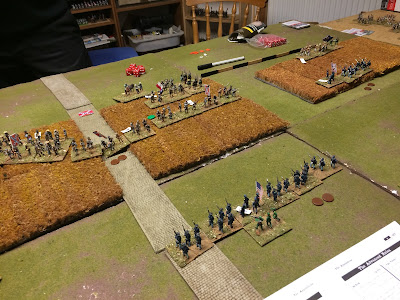 Sensing a chance for victory they pressed forward looking to complete the job. Feeling under pressure the Rebs gave ground in the hopes of prolonging the battle and inflicting a few more casualties. This led to the Union having to advance even further. 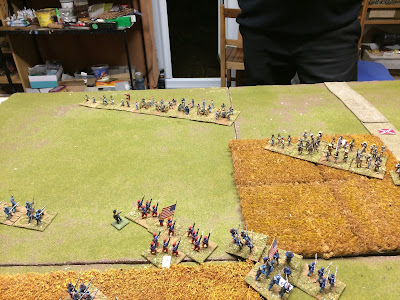 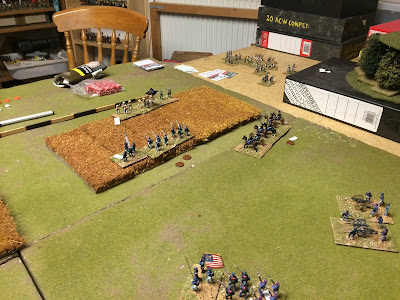 Running low on activation cards, the Union threw everything into a final fusillade in order to hit the Rebs army breakpoint. But the dice failed and so the Rebs won the day, their first win of the campaign. 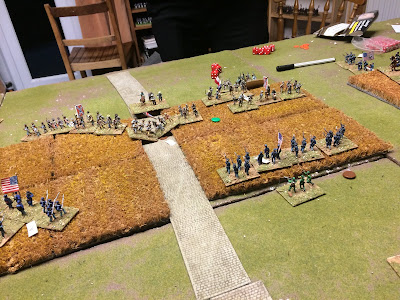 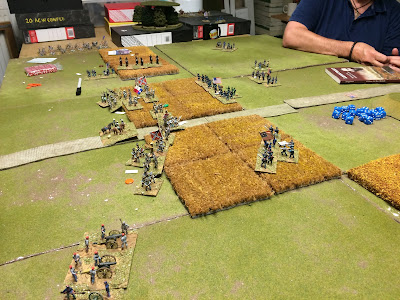 In the end the Union lost as they had no activation cards and the Rebs still had 2 left. So the missing 3 cards proved the difference. Perhaps the Union should have been more cautious and saved cards but we anticipated a quick victory and so used cards aggressively.
Posted by Wargamer Stu at 12:07