Kimgs of War Lizardmen - the end is nigh

Several painting projects have been completed at the same time as I've had a little flurry of basing this week. The main beneficiaries are my Lizardmen (aka Salamanders in KOW) who are now almost completed.

Firstly a Battle Platform - not something that receives great reviews in the forums but a nice centre-piece for the army. This is converted from a Schleich plastic dinosaur with bits and bobs from the various GW Lizardmen I've bought. 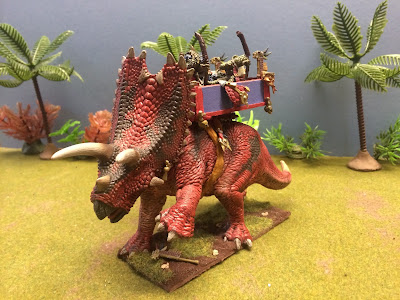 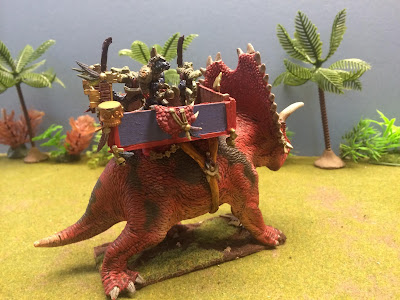 Secondly two regiments of Ancient on Rinosaurs, the hardest hitting of the Lizardmen's mounted units. They are based so they could be fielded as a horde instead. 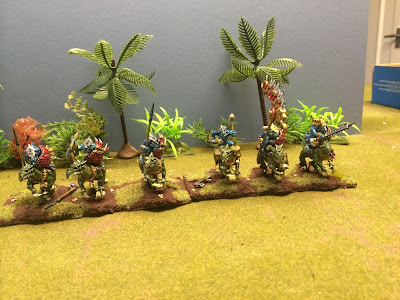 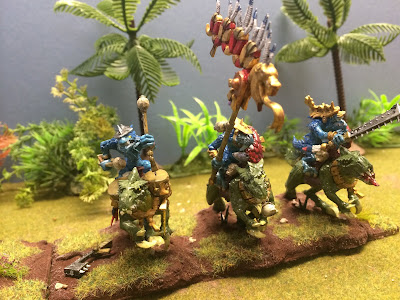 Another artillery piece has also been added. This is scratch built from leftovers from the Lizardmen, to depict a multi-barrel bolt gun. 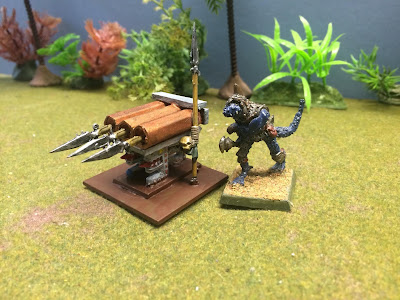 Finally another large dinosaur, this time the GW Troglodon. This could be used as a Firedrake to provide some short-range breath weapon support or perhaps as something from another list such as the Varangur Jabberwocky. 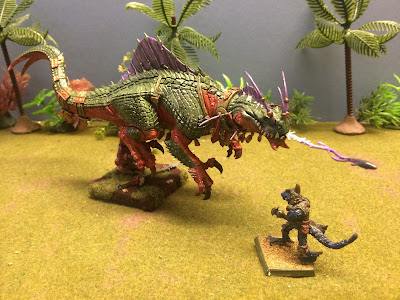 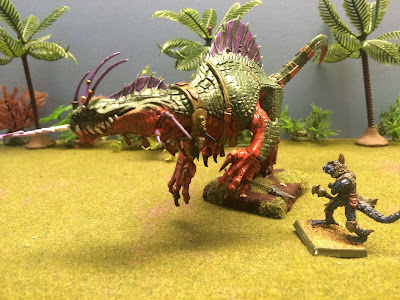 All that now remains is a final unit of Primes / Ancients infantry and the army is complete.
Posted by Wargamer Stu at 01:23