As we entered 1864 our first game was an attack vs defence. The defender would be dug-in around a farm house with woods on either flank. The Union won the scouting role so we decided to defend to best exploit the shooting of our largely veteran infantry. The battle also saw the first regiment of coloured troops taking to the field.

Deploying first the Union adopted a simple plan. The smaller units would hold the trenches while the larger units of reinforcements guarded the open right flank. Guns would occupy the flanks to get enfilading fire against the attackers. The coloured troops would form the off-table reserve.

The Confederates opted for a single concerted attack against the Union right. A thin screen of cavalry, guns and infantry held the right/centre while massed columns prepared to attach the Union right with support from a massed battery.


The game began with a mighty fusillade of Reb artillery fire and a cautious advance from their infantry. Disproving their poor reputation the Reb guns tore big holes in the Union lines and 2 turns into the game we feared we might simply be blown away.  So desperate were things that I was forced to deploy my purple dice that are only used when the luck is really bad. 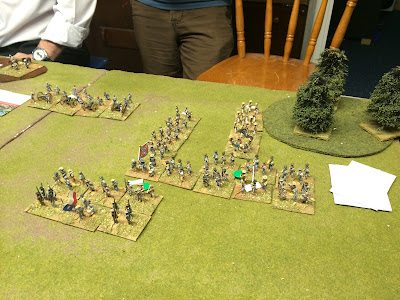 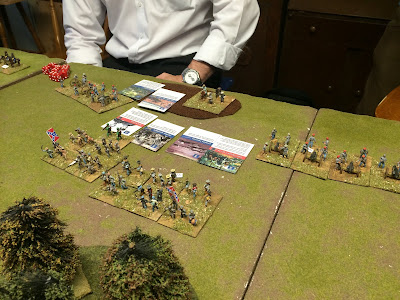 Fortunately as the infantry approached our lines the Rebs fire slackened and some return fire was possible, but there was still a real danger of being overwhelmed by the grey wall. 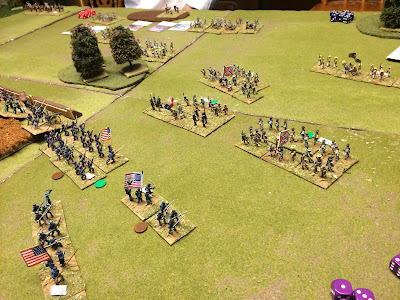 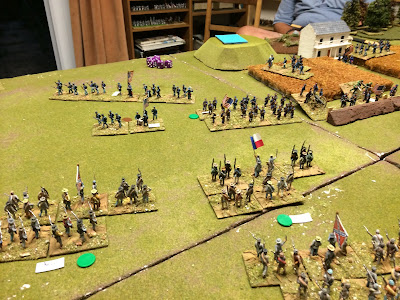 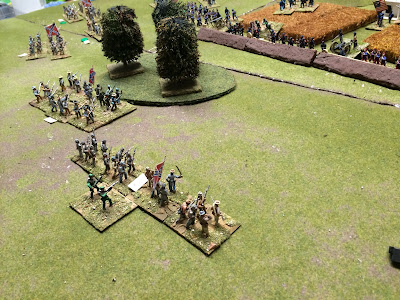 As the Confederates prepared to charge the card activation system came to the fore. The Rebs had carefully built a hand that was ideal for a devastating attack, but the Union played a card that forced them to discard D6 cards. As you might guess we rolled 6, thus depriving them of the whole hand and their whole turn.

We then settled into a period of range-fire interspersed with occasional charges from the Rebs that were easily repulsed. 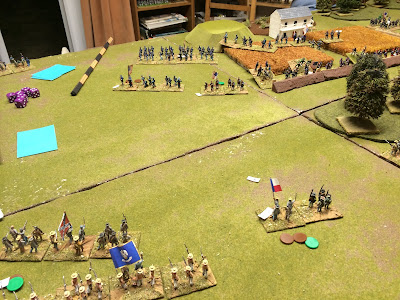 With the game apparently drifting to a draw, we noticed that casualties had been accumulating steadily on both sides and activation cards were dwindling. It was in fact perfectly possible for either side to win by hitting the enemies breakpoint or the someone running-out of activation cards.

In a cagey last few rounds both sides sought a decisive shooting advantage. In the end it was the Union who had a strong round that hit the Rebs breakpoint and left them with only a single activation card to play. 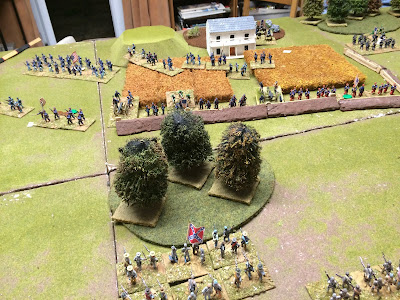 So a tense and enjoyable finish which could have gone either way with a little luck.