The next campaign we plan to play is a 28mm skirmish games based on the ill-fated Commonwealth defence of Crete in 1941. So I've been busy painting half of the British forces, roughly a platoon plus support elements.

First-up is the Bren team plus NCO - the heart of the infantry section and most of the firepower. The No.2 features additional ammo pouches to carry extra magazines. 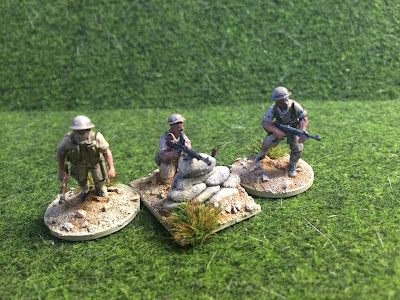 Next we have the riflemen, traditionally the manoeuvre element of the section. 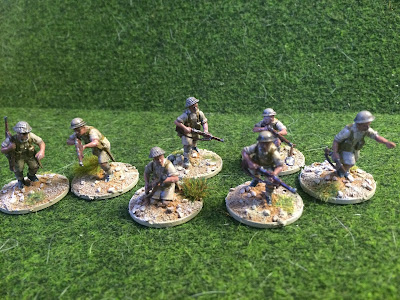 I've managed to complete one of the two maxims I bought, this one has 4 crew. 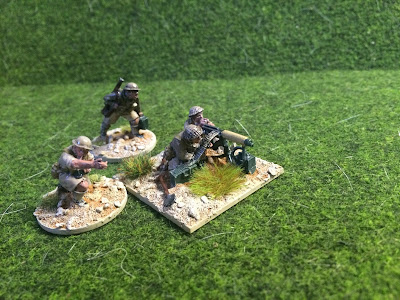 I've also done part of the HQ section - here we see the officer, radio operator and the 2" mortar. 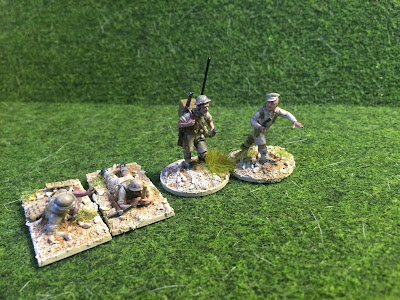 Finally a close-up of the Bren and No.2 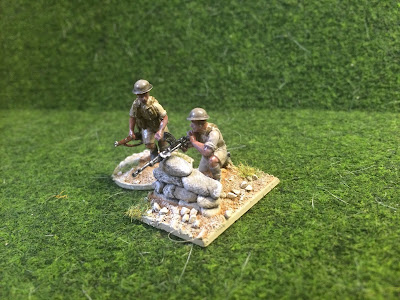