This battle continues on from the Battle of Dresden we fought last week - the beaten Allies looked to stop the French pursuit by intervening with a Russian force to delay them. We once again had enough players for two games, with one using Austrian figures to sub for the Russians, but with Russian stat lines. 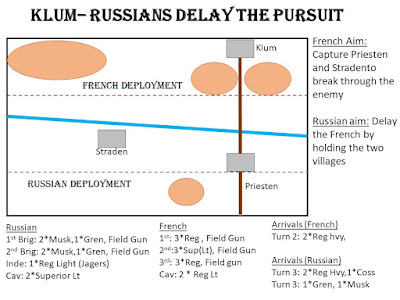 On this table the French took an aggressive approach, advancing quickly in column towards the defenders, who responded by placing their reserves in their central position looking to support both villages. 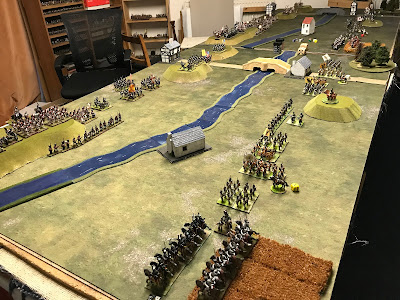 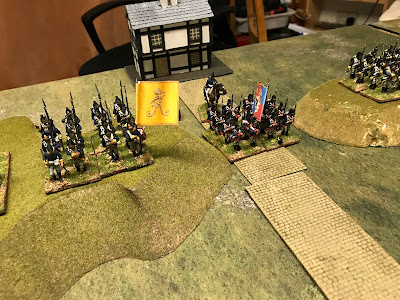 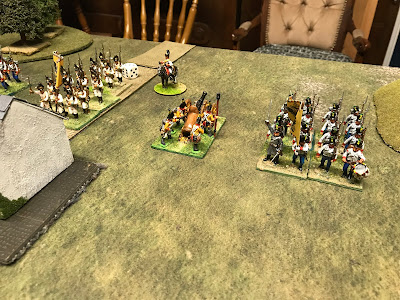 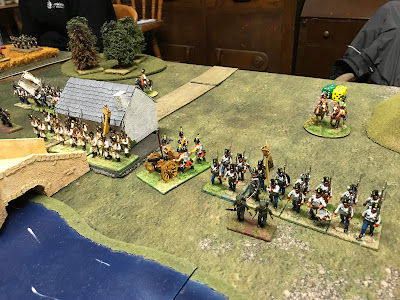 In the west of the table the French guards brigade was able to rapidly rout the defenders with some accurate fire and capture the village. The presence of all the Russian cavalry on the western flank prevented them from advancing further and assisting in the centre. 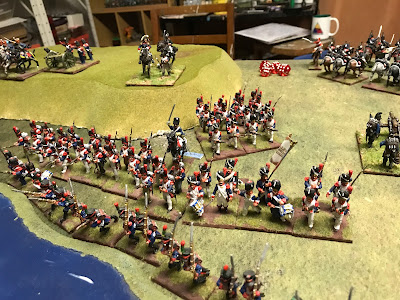 In the east the French launched and early attack across the bridge into the village but were easily rebuffed, They then settled into a firefight while the French heavy cavalry was brought up into the centre to threaten the defenders. This all took too long though and as night fell it was one village each. Result - a draw. 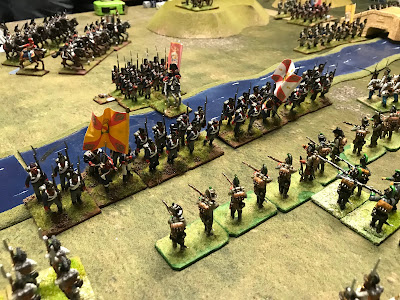 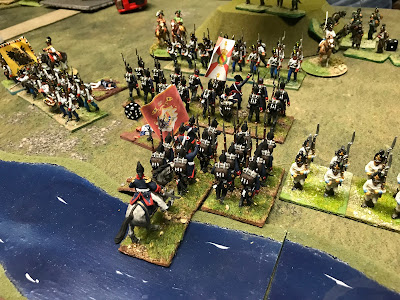 The French attack on this table was a more cautious affair as they sought to rely more on superior shooting rather than the bayonet for victory. 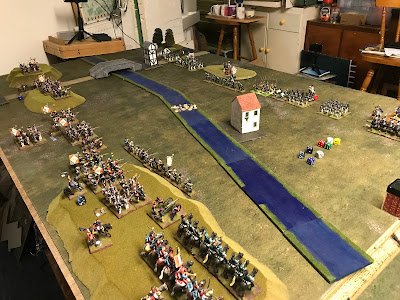 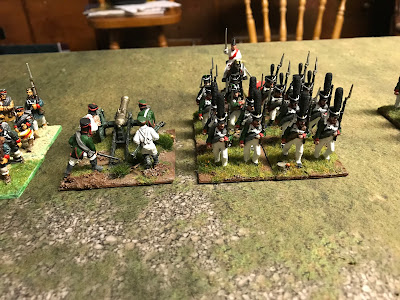 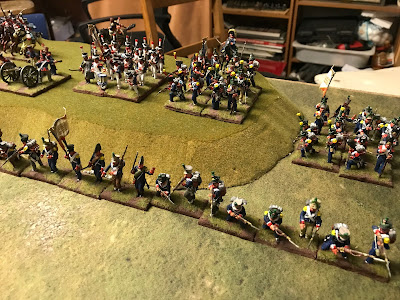 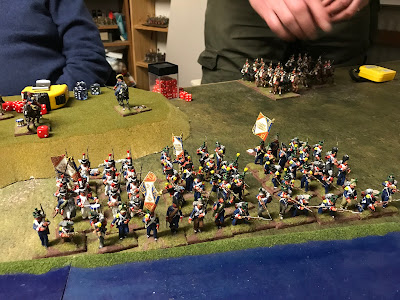 As with the other table the French deployed their heavy cavalry reserves in the centre and were able to cross over the stream to attack their Russian opposite numbers, thus stopping them intervening in the main fight. 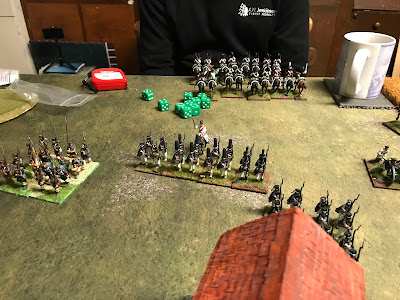 After several moves of pressure the western village fell to the French ,who then consolidated their position. They  made little impact though on the defenders of the eastern village and so this too ended in a draw. It was only after the game that we spotted the Russians  had forgotten to deploy their infantry reserve and so were two battalions short. Result - draw / morale victory to Russia? 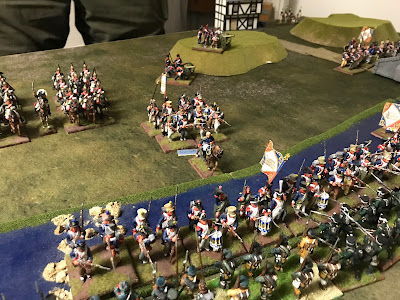 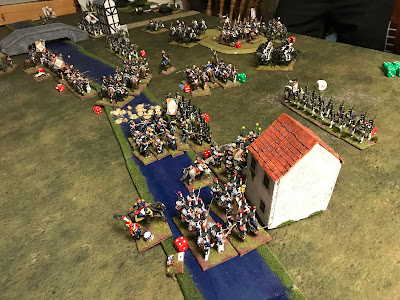