Something a little different this week as we took a break from 1813 Germany and instead went to France in 1814. We look in this game at Murat's flank at La Rothiere, with the French hoping to delay the advancing Austrian / Prussian forces. 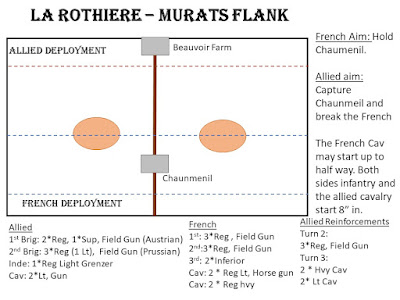 Both sides started with some cavalry on the table and infantry advancing onto the field over the first couple of turns. 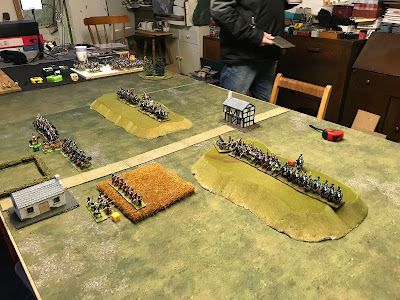 Looking to buy time, the French cavalry advanced against the Allied horse and arriving infantry. 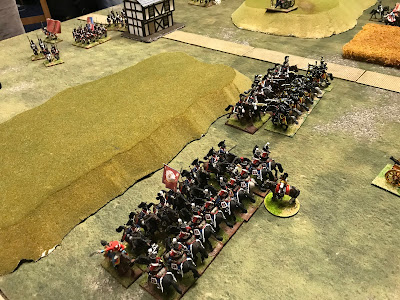 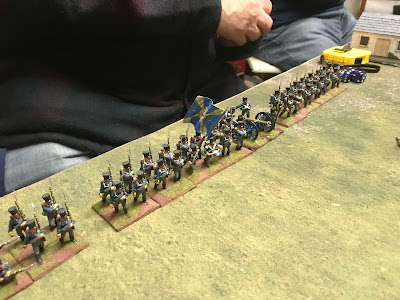 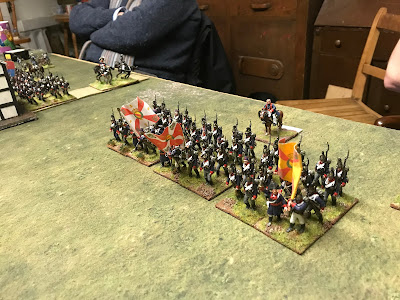 The attack met with mixed results - the lights bounded off the doughty Prussian foot but their heavy cousins were able to push back the advancing Austrians before being charged in the flank by some Allied  reinforcements. 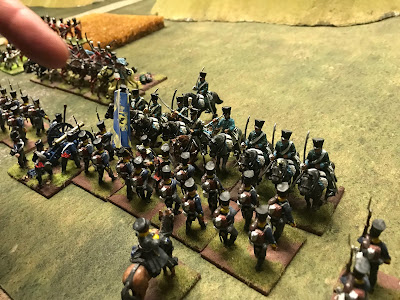 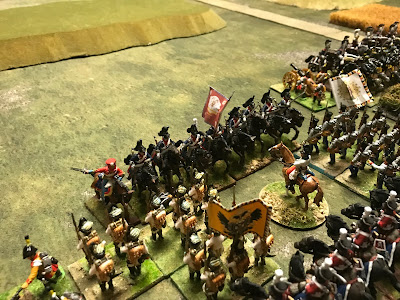 The Allies main reinforcements deployed on the eastern flank looking to make quickly for the village, hoping to bypass the French main lines, whilst the Prussians in the west tried to pressure the defenders. 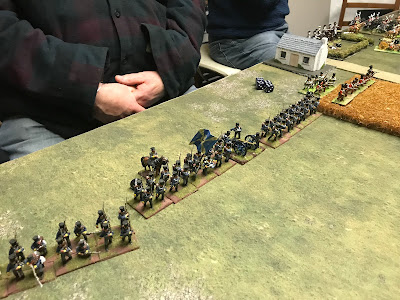 As the infantry advanced the newly arrived allied light cavalry cut across the centre of the battle field looking to support the infantry attacking in the west. 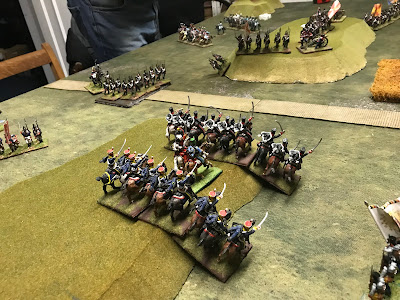 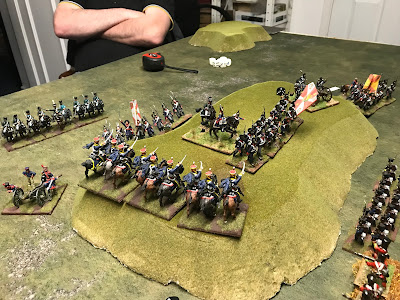 The Allies made decent progress but were unable to reach the village before nightfall and so the French slipped away in the dark with their delaying action complete. The key was probably the banzai cavalry attack which although wiped-out did delay the Allies for 2 turns and knock the Austrian infantry out of the game.
Posted by Wargamer Stu at 07:20