Shadow of the Eagles - battle of Dresden 1813

This battle is the first for a while to feature the Austrians. We played part of the Battle of Dresden, focusing on the French right where Murat attacked Gyuali attempting to to take a couple of villages and breakout of the encirclement. As we were 5 players we opted for a single game this week, on a 9 foot table. 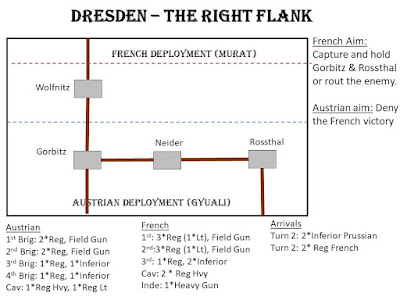 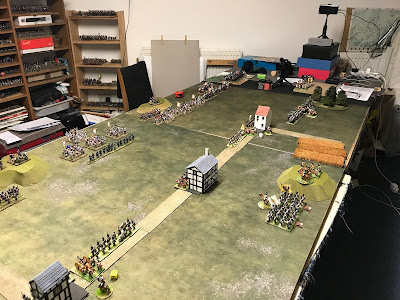 The Austrian defenders deployed a brigade in each of the two target villages with  a third held in reserve and the cavalry on the more open western flank. A unit of Grenzer held the non-scoring central village. 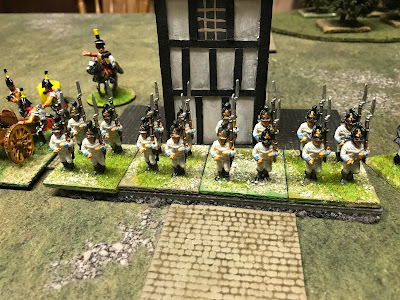 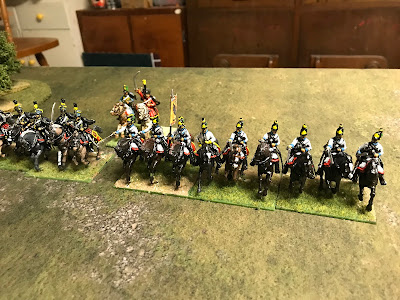 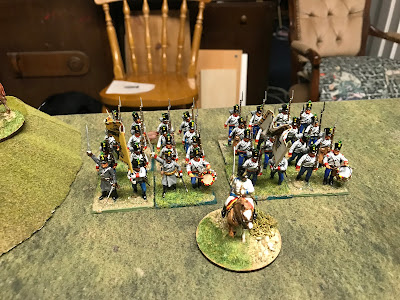 The French, and their German allies, deployed reinforced brigades in the centre and on each flank. Their own cavalry squared off against the Austrians. 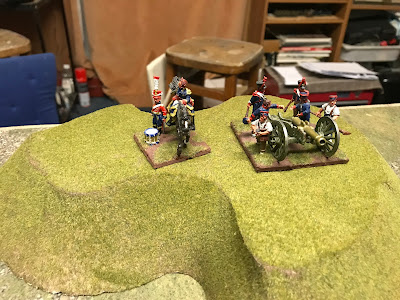 The French advanced steadily in line across the the board looking to bring maximum firepower to weaken the enemy. The defenders had the best of the shooting in the first couple of turns aided by some close range canister fire, and by the end of turn 2 it looked like the French were in trouble. 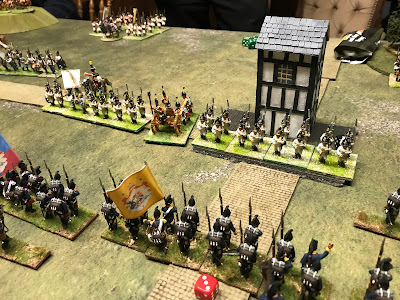 Fearing they would be broken though in the centre, the Austrian reinforcements and on table reserve were both committed to holding off the central French attack. 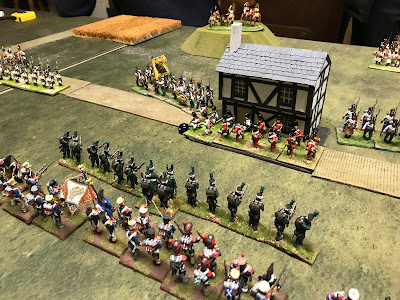 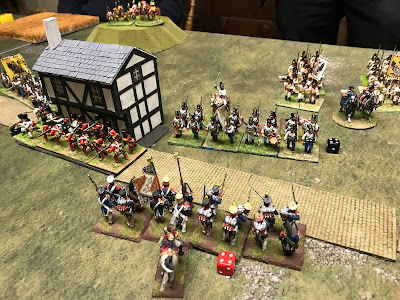 The first decisive play came in turn 3 when the reinforcing French cavalry (two units of Guard) pushed thorough the centre, They swept away a unit of Austrian line that opted to volley them and also took out the gun guarding the eastern village.  This village (Gorbitz) then quickly fell to the French. 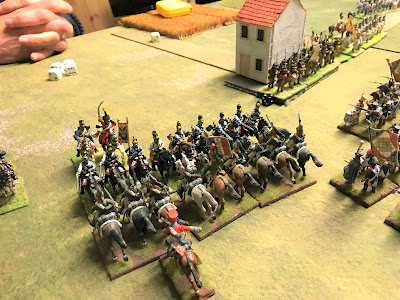 In the west the outnumbered defenders also succumbed to French pressure and  Rossthal also fell to give Murat a 2-0 victory. 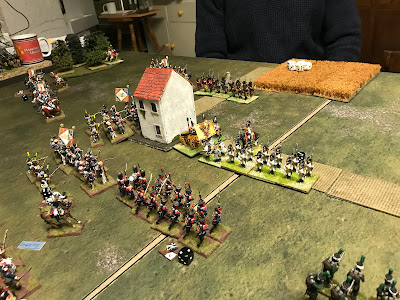 The decisive part of this game was the Austrian decision to commit about 50% of their forces, including all their reserves to holding the centre. Although they held this, it starved the scoring villages on the flanks of the resources they needed to hold.
Posted by Wargamer Stu at 02:48