Shadow of the Eagles - battle of Bautzen

As we had 5 players this week we reverted to a single game. Continuing with our Leipzig theme this game was Bautzen, which saw the Prussians on the defensive against an attack by the French, who had to capture Doberschurtz and try to rout the enemy from the field. 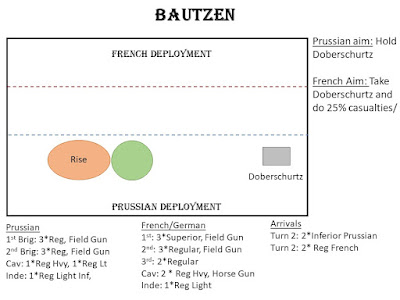 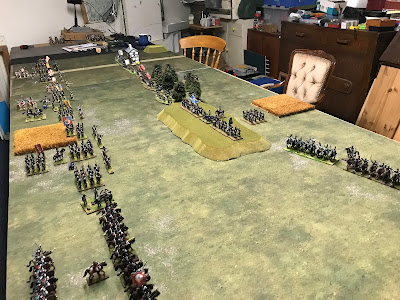 The Prussians deployed to the centre and east of the table, with a refused western flank guarded by cavalry. The best units deployed to guard the village. 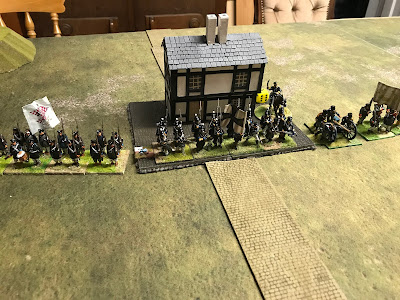 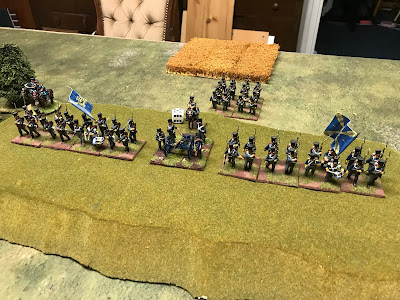 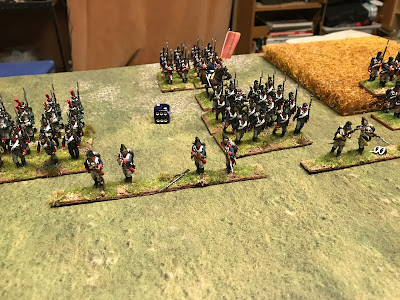 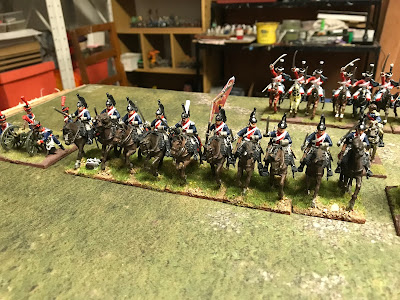 The early action was on the flanks with French superior units advancing to the village and a cavalry melee in the west. This action slightly favoured the smaller Prussian force and certainly kept the French horse busy for most of the game. 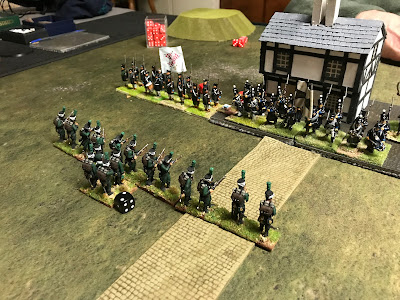 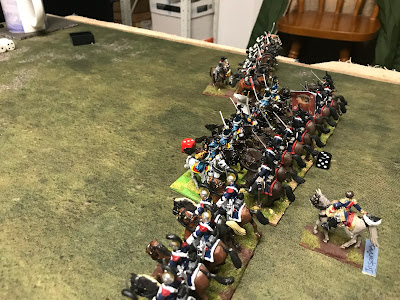 As the French advanced they were met with a wall of lead from the defending Prussians who were fairly convincingly winning the shooting battle right across the line. The French responded but were unable to really make much progress. 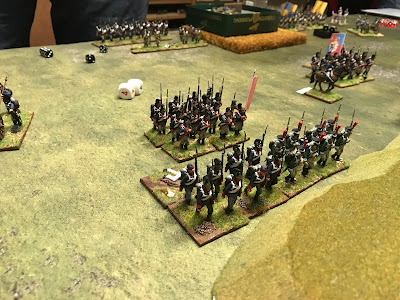 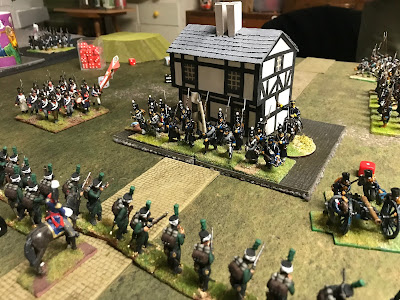 In a show of bravado the Prussians even mounted a limited counter attack in the centre, but were quickly rebuffed by the French. 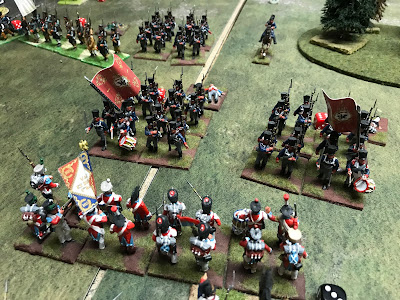 The game ended with the stalled French hitting their break-point without capturing the village or breaking enough if the Prussians. I had originally planned to give the French an additional (Inferior) brigade but opted not too once the units were deployed. In hindsight I probably would as they lacked the troops to really threaten the defenders.