Shadow of the Eagles - Battle of Lutzen, part 3

This week we played the final part of Lutzen, with the  French attacking to capture the village of Eisdorf. We had 8 players, so fought two separate, but identical, games side-by-side - so double the pictures this week. 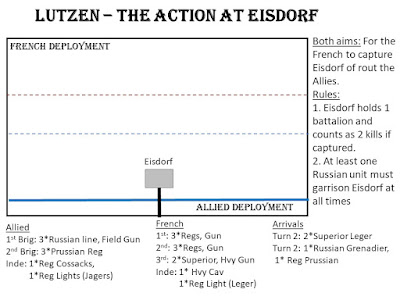 Game 1 - the French are depicted by French

The allies split left and right. In this game the French reinforcements came straight up the centre of the field. 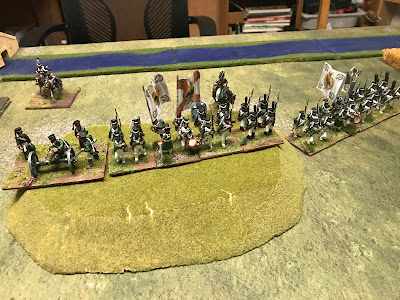 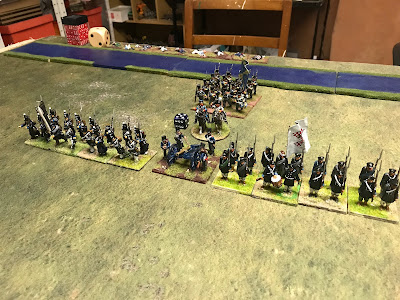 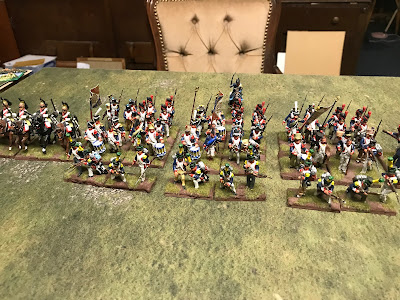 As we needed plenty of infantry, my dismounted Dragoons made a rare appearance on the field. 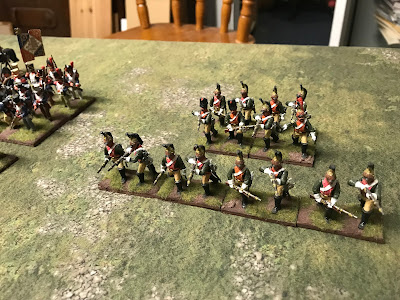 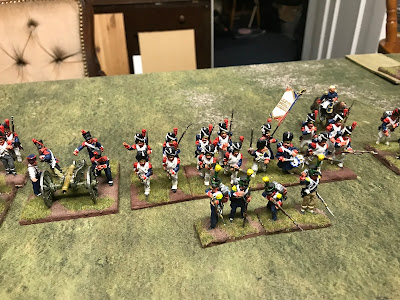 The French pushed forward  with their main thrust on the western side and straight into the town. The allies stood firm seeking to get as much shooting as possible into the attackers. 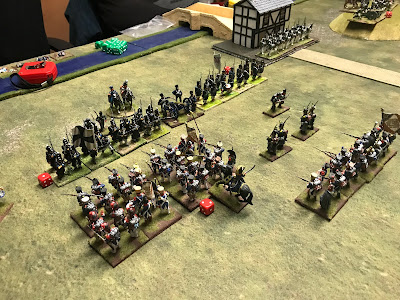 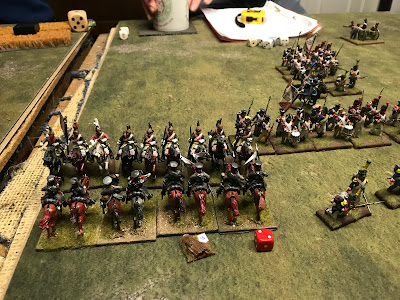 The French Guards threw themselves straight into the Russians holding Eisdorf but bounded straight off. On the Western side the Prussians sought to outflank the attacking French columns and shoot into them,. 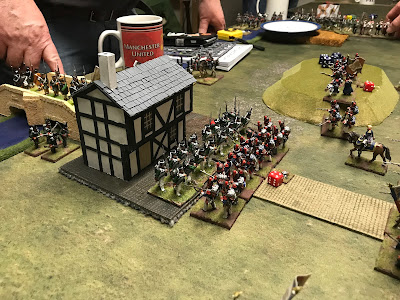 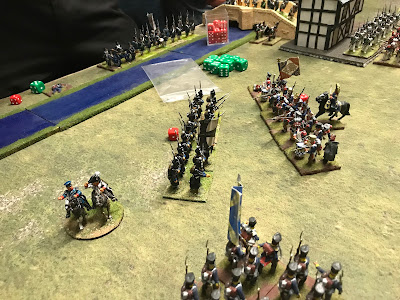 With time running-on the French threw the Leger into the village but once again bounced off. This ended the action with a good Allied win. The fresh defending lines supported by artillery seeing off the French columns. 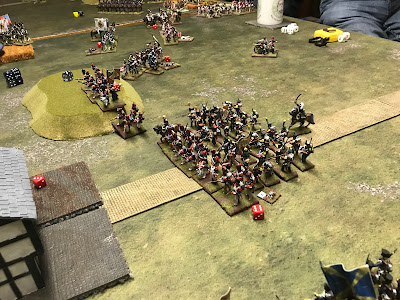 Game 2 - the French as depicted by Germans
The defending allied deployment was identical but here the French reinforcements went to the western side against the Prussians. 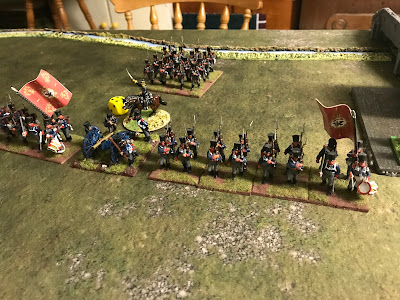 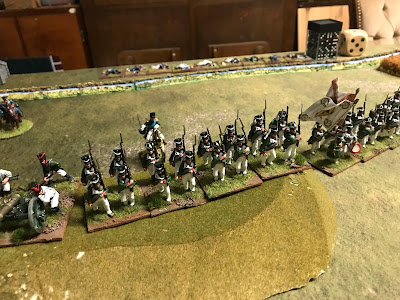 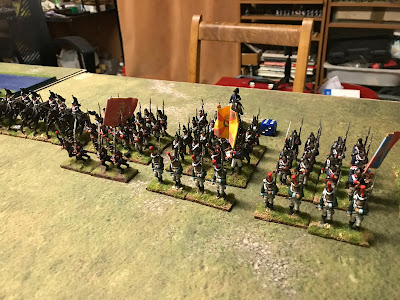 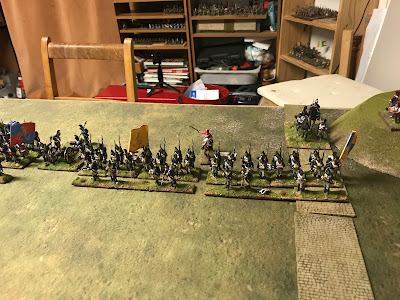 The game was a more cagey affair with the French attacking in line and the Russians initially pulling back behind a low hill to avoid the French guns. The French attacked strongly against the Prussians in the west, destroying most of the brigade by turn 4. 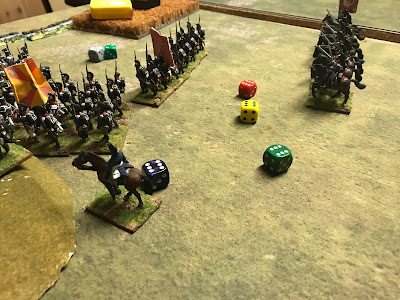 With the Russians pinned in the east by the attacking French, despite some heavy Russian fire (4 * 6's on one shot!) the French on the west were able to seize the village  from the single defending Prussian unit that remained. So a clear French win. 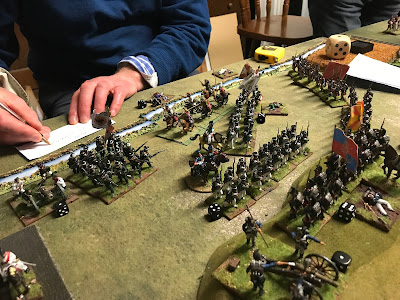 So the battles ended with one win a piece - which I guess shows it was pretty balanced.