Shadow of the Eagles - Lutzen part 2

This scenario follows directly from last week's and uses the same terrain. In this battle it is assumed that the Allies had captured three of the villages and so the French must recapture them. They do though have the Imperial Guard and Napoleon himself to lead the attack. 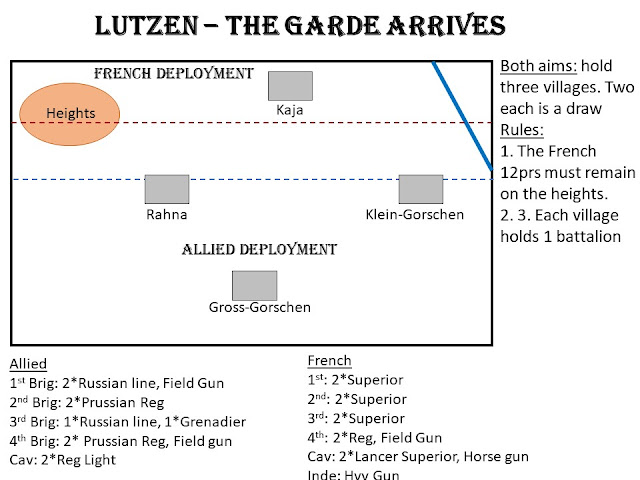 Sadly I managed to delete the photos I took, so the battle report is a little bearer than usual. 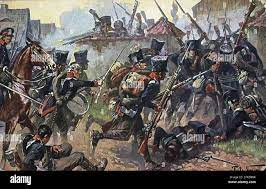 The French decide to attack on both flanks looking to take Rahna and Klein-Gorschen from the defending Prussians. These attacks were pretty successful and pushed the Prussians back just as the Russian reinforcements arrived. 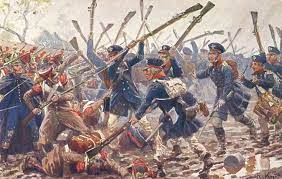 Although they were unable to push the French back entirely they did secure Gross-Gorschen and put some pressure on the French centre. This enabled one of the surviving Prussian units to slip through a gap and nearly take Kaja. 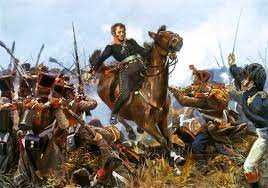 It ended 2-1 to the French but could easily have been 2-all so we counted as a minor victory for the French.  Next week part 3, the battle of Eisdorf.