Shadow of the Eagles - Lutzen, part 1

Lutzen was one of the battles in the Leipzig campaign, in which Napoleon tried to prevent an attack by Prussian / Russian forces. This is the first of three scenarios we'll be playing and covers the initial Prussian attack.

The Prussians deployed with their elite brigade  facing Rahna and a brigade each aimed at Gross-Gorschen East / West. The French deployed with a single brigade in each village, with the better troops in Kaja and Rahna. 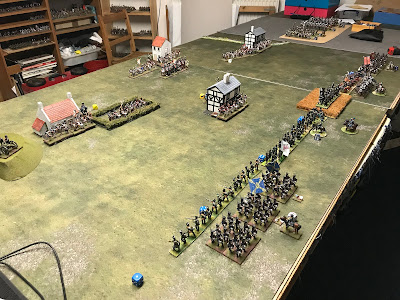 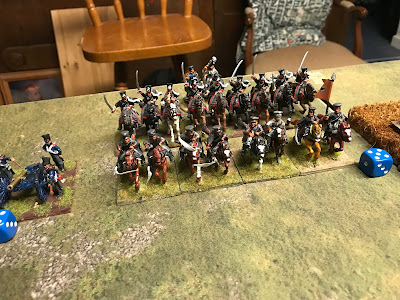 The battle began with Prussians on the offensive. In this game we judged victory solely on objectives so there was no point holding back.  Within a couple of turns they had cleared Gross-Groschen west and columns were approaching Rahna. 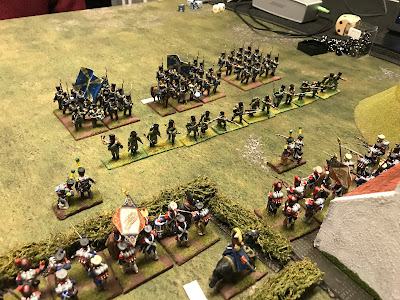 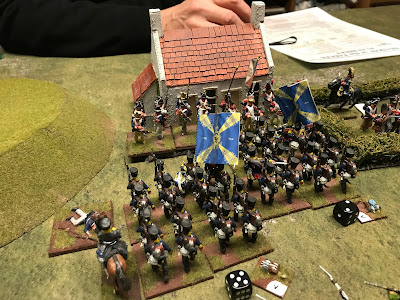 With Gross-Gorschen west secured the Prussians were able to also launch an assault on the eastern village. Not shown in the pictures in the centre the single unit of French Hussars was able to rout both Prussian light cavalry and delay the arriving heavies until the French reinforcements could intervene and win the central melee for the Emperor. 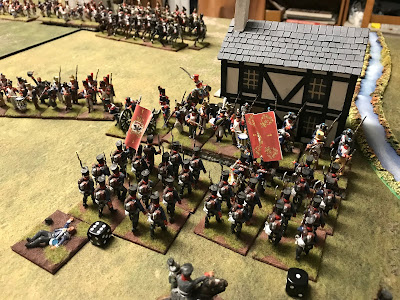 Heavy fire from the 12pdrs on the hill and the timely arrival of some Leger helped to stop and then push back the attack on Rahna, with the defenders even able to advance and threaten Gross-Gorschen west. The Prussians captured Gross-Gorschen east but were too exhausted to attack Kaja. 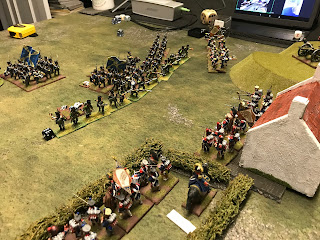 So a draw with both sides holding two villages at the end of the game, albeit with the Prussians suffering heavier losses. Next week Napoleon arrives with the Guard looking to  recover the lost ground.
Posted by Wargamer Stu at 02:29