Shadow of the Eagles - capture the crossings

We've paused the 1813 campaign while I do some rewrites so this week we played one of the scenarios from the rule book. In this game the French are attempting to capture three river crossings while the Austrians try to hold on for reinforcements.

The French opted to attack all three crossings, with cavalry massed in the east and infantry in the centre. The Austrians were split with light troops on the far side of the river to slow the French advance. 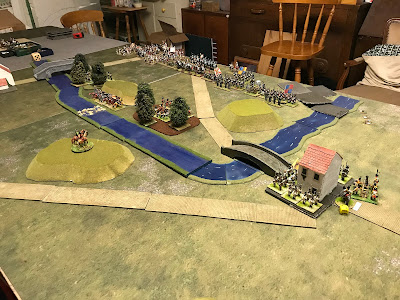 The opening move saw French Cuirassiers storm across the eastern bridge. Initially they were pushed back by some Hussars but weight told and after a couple of moves they managed to push across. 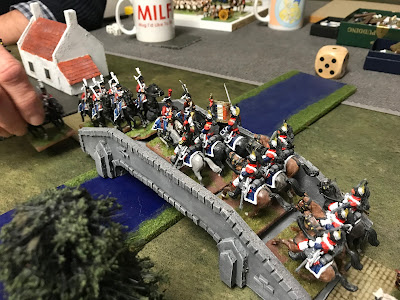 Centrally the French advanced and their German brigade began pushing the Austrian lights back towards the central ford. In the meantime the Guards crossed the river at a convenient ford and moved to attack the village holding the western bridge. 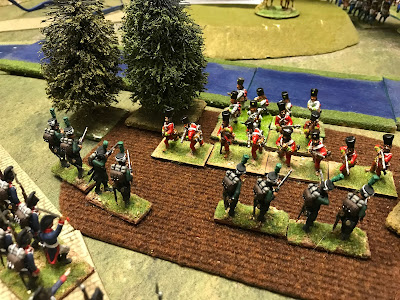 Centrally the French lancers pushed back the enemy cavalry and stood poised to capture the ford. Meanwhile the Guards deployed and began their attack against the western bridge. 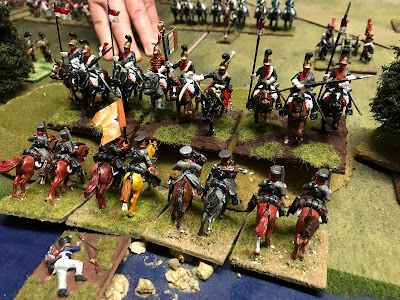 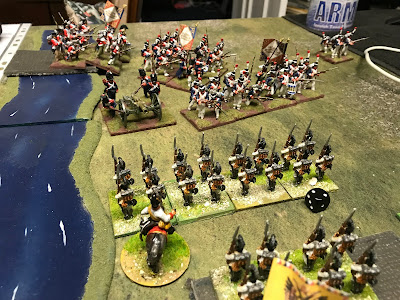 At this point the first Austrian reinforcements arrived and immediately marched to the central ford, forcing the French Lancers to pull back and so secure the ford. The Guards attack went rather better though pushing the garrison from the village and routing a recently arrived unit of Austrian Grenadiers. 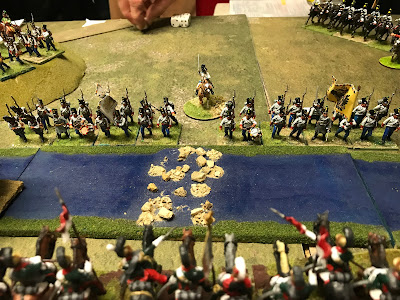 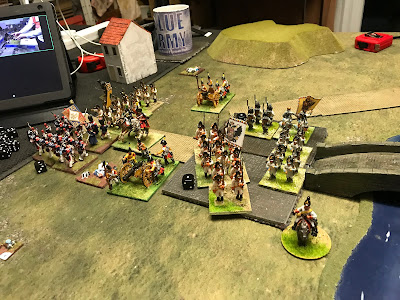 At this point the French had control of two crossings and had been able to rout 6 units of Austrians. This hit the breakpoint of 8 units, so so it was a French win. 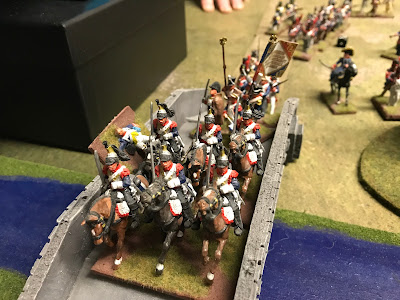 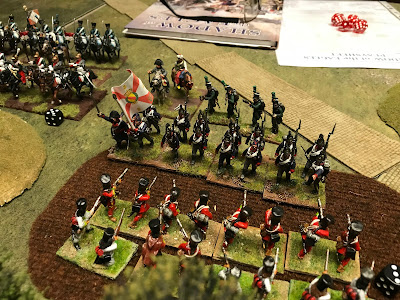 An interesting battle and one where the Austrians reinforcements were able to arrive in time to make a difference. Its hard to pin down an exact reason for the French win - the only thing that could have been done differently would have been to have the Austrian lights not deploy forward but instead stay behind the river.