Shadow of the Eagles - Russians vs Austrians

A little more of an imagi-nations game this week as we pitted Austrians vs Russians. The Hapsburgs had a slightly larger infantry force, but with 25% inferior. They had a smaller cavalry brigade  but 2/3 were superior.

Both sides were charged with capturing a road junction and so the small hamlet guarding it counted as 2 kills. We split the cavalry between the two flanks and again adopted 160mm frontage for the line infantry. 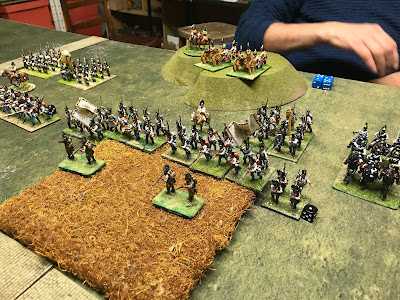 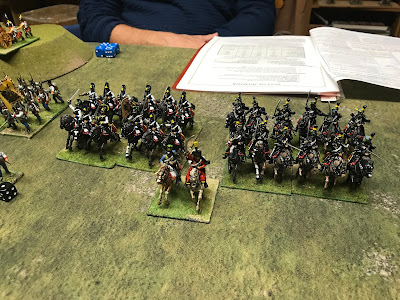 Both sides pushed forward in the centre and on their left flanks, leading to an early cavalry clash  which the Russians shaded due to having 3 units vs 2. 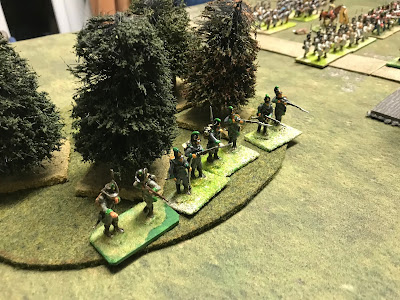 As the centres collided the resilient Russians  proved more than a match for the Austrians, pushing them back across the line and capturing the hamlet. 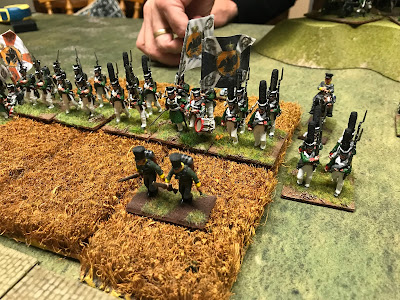 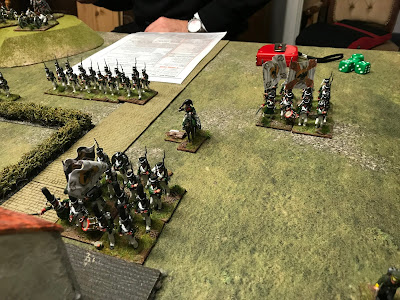 The Austrians mounted a number of attacks but were easily beaten back, hitting their 50% break point with the Russians having only suffered about 20%. 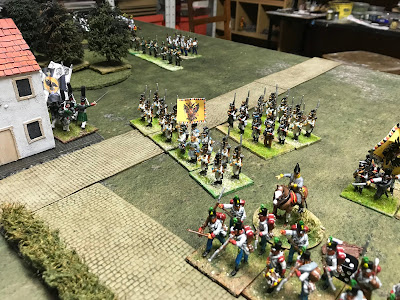 The Russians were a tough opponent for the Austrians despite their better shooting due to the higher morale and chance to rally wounds that superior motivation brings for the Tsar's men. This felt a less even contest than the French who benefit from new regime flexibility and higher initiative.

So this concludes our round of trial games - now to write a campaign. We're  still torn between imagi-nations and doing 1812'ish.