Shadow of the Eagles - first game

This week we tried out a new set of Napoleonic rules - Shadow of the Eagles from Keith Flint. Helpfully Keith is a local gamer and always prompt to respond to queries. 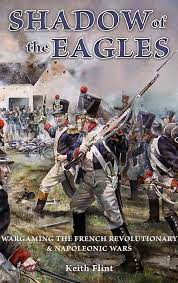 The rules are very simple with only a few factors and a straightforward D6 based combat system. The twist is there is no morale tests with units accumulating hits through combat or formation disrupting actives. At one threshold they become weakened (5 hits for Regs) and eventually break (7 hits for Regs). You can rally off some of the hits but things are pretty brutal with units rarely lasting more than 2-3 rounds in action.

As this was a practice game we very much used it to try out various situations; cavalry charging an infantry line, columns vs lines, a big cavalry melee and an attack through cover. So essentially we each attacked on the left to get quickly into the action. 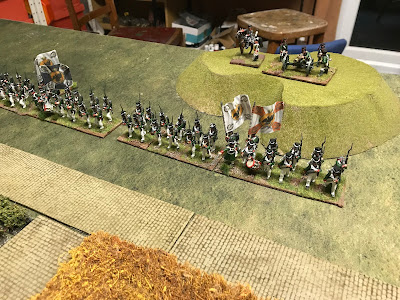 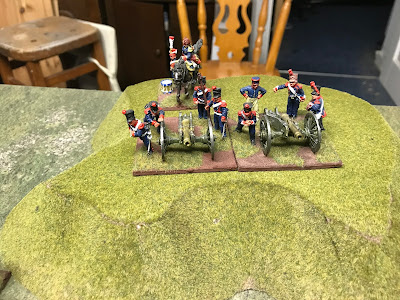 Cavalry vs a fresh line played as a I guessed with the Dragoons taking a few hits on the way in and then bouncing off. So head-on mounted are not that scary to foot in good order unless there is a quality mismatch. 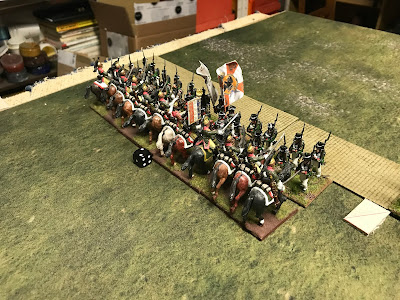 Light battalions have fairly low shooting values (about half a formed unit) and can nt hold against a determined advanced so might not feature as a central part of many games. Those Leger might be better as elite infantry with a skirmish screen 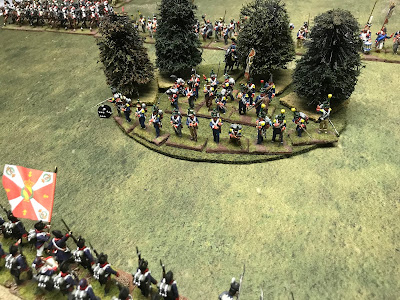 Columns proceeded by skirmishers are pretty quick and have decent shooting. With the French formation changing for free you have the option of quickly dropping into line or pushing on in column. These felt like a good way to assault. 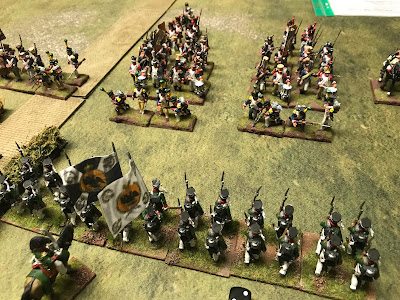 Big cavalry melees have a real too and fro, with a far bit of risk involved in committing to them. You really need to watch your angles not to lose unnecessary hits by recoiling trough your own guys. As expected cavalry in line is unwieldy unless you have a big table. 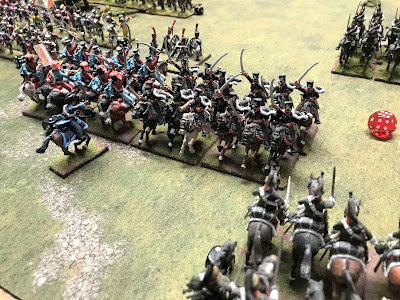 Overall a fun game and quick to pick up - we played to a result in 3 hours having never used the rules before and things progressed quickly as the combat is pretty bloody. The main thing to review is the unit frontage - we played with 240mm frontage units which looks nice but restricted the options for manoeuvre.