This week for our second game of Shadow of the Eagles we used all the available rules; general quality, more detailed unit quality and permitted formations. We fought attack vs defence with a 25% larger Russian force vs the French.

The French had 25% of the infantry as Inferior and all cavalry as Regular.  They got +1 initiative giving them a bigger chance to determine activation order. 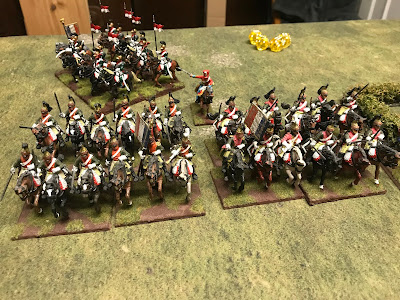 The Russians had an Inept brigadier meaning those troops may be out-of-command and needing to each roll to advance. The line infantry counted superior for motivation (morale / combat) and inferior for training (shooting / ability roles in activation). So the Russians would be tough in melee but less good in a shoot-out. 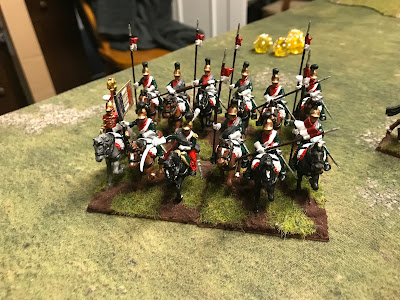 The Russians were the attackers with a mixture of columns, or lines preceded by skirmishers, and a reinforced cavalry brigade on their left. As the scenario demanded they pushed ahead with an attack across the whole front but with stronger flanks bulls-horns style. 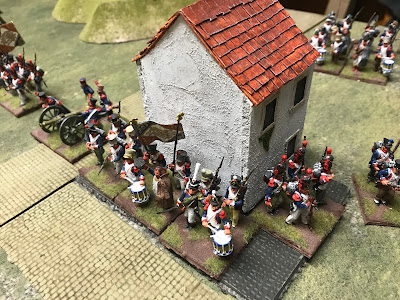 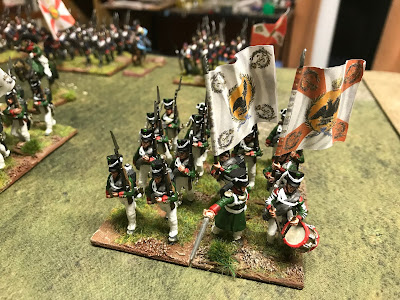 Although notionally weaker on paper, the Russian approach shooting proved effective due to a succession of 6's, meaning the more than matched the French fire as they plodded forward towards the defensive line. 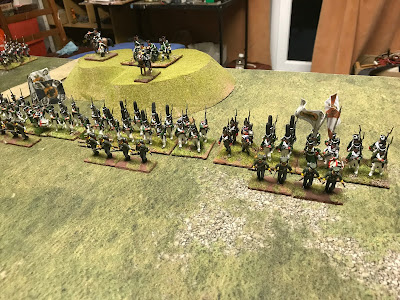 It was not all joy for the Tsar's men though as they lost the cavalry clash on their left despite having greater numbers. Some unlucky rolls a failure to counter-charge put them on the backfoot and they never really recovered. This meant the French could focus on the infantry attacks. 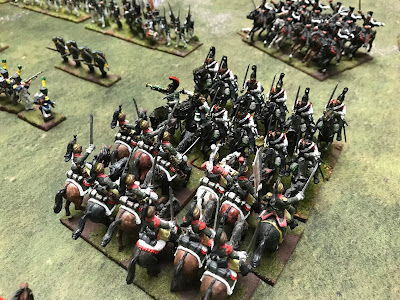 As the lines clashed the French finally found their range and were able to push back the Russians across most of the front. The exception was the extreme right where the French were forced to deploy their inferior units in the front line and they were quickly blown away by the Russians in melee. 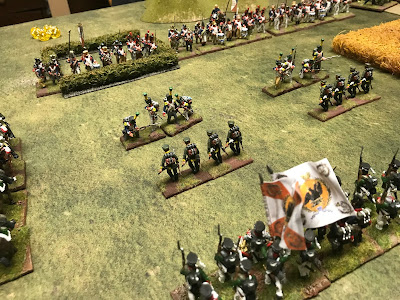 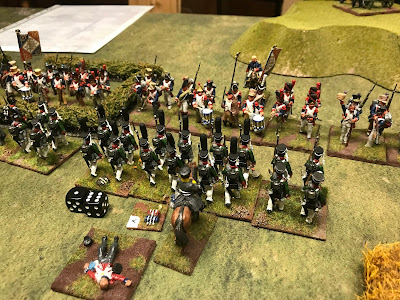 I think this week's learning would be

The final change we made this week was to narrow the frontage of the units to 160mm (120mm for mounted) to give more space on the board. This worked well so I suspect we'll stick with this.
Posted by Wargamer Stu at 08:02