Shadow of the Eagles - 20mm

Yesterday I popped around to Roy's and we broke out the 20mm figures for a game. Despite being mentioned in the rules for his various inputs during development this was only his second game. We pitted the Austrians (me) vs the Bavarians in a very straight-forward head-to-head.

The Bavarians went straight on the offensive, attacking all across the line. This suited the Austrians who were  happy to set back and let their guns do some of the early work. 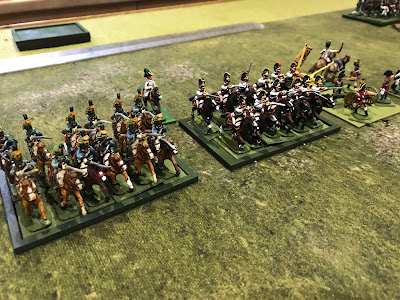 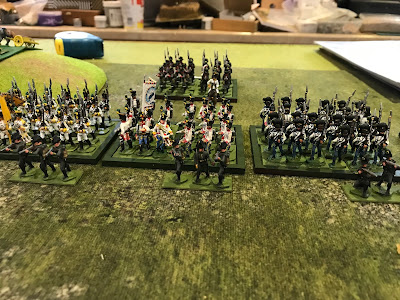 As the German infantry toiled-up in the centre they came came under stiff fire and so shook out of column into  line so they could lessen the casualties. This worked pretty well but most units were worn, or close to it, by the time they approached the  Austrian lines. 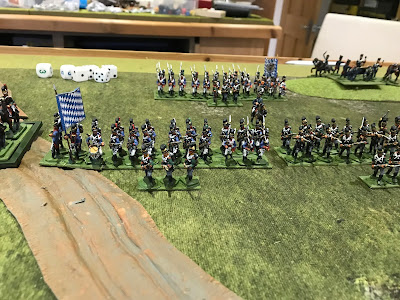 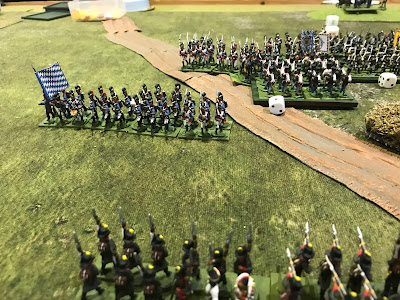 On the flanks the Bavarians fared much better. On their right they charged and caught the waiting Austrians slightly on the hop, breaking them after about three turns. On their left a stalemate occurred as neither side wanted to crest the rise between them and risk giving the other a free charge. In the end Bavarians had to make the move as they needed to support their advancing infantry. They need not have worried though  as they too made quick work of their Austrian opponent's, but too late to change the game.
Centrally the Bavarian infantry were almost all routed by Austrian counter attacks or heavy fire. The Bavarians managed to get onto the Austrian left flank but a Grenadier battalion in square hung on long enough to stop them really exploiting that. The Bavarians high point was a bold charge against the Austrian guns but sadly they stopped short due to some smart cannister fire. 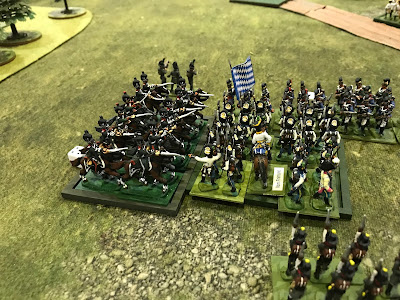 So an Austrian win in about 2.5 hours play. Hopefully Roy will also post some thoughts.