Saga in the age of Hannibal - village pillage

While we build or forces for Napoleonic's we're playing the Punic version of Saga. The campaign will be a linked series of scenarios somewhat styled along Asterix lines. We're using suitably silly names for to keep in the spirit of things. 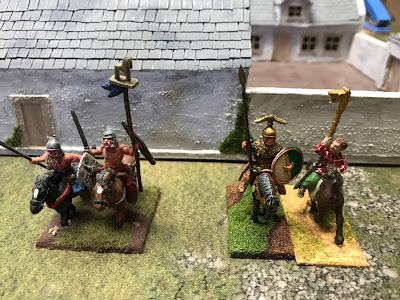 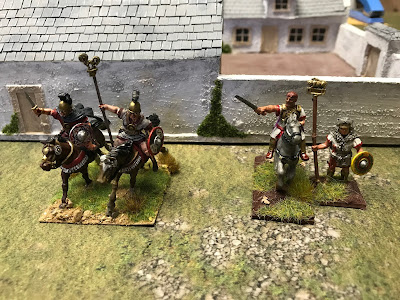 The Romans have pitched camp a small distance from a Gallic farmstead. The aim of this scenario is to destroy as much of the enemy as possible, with bonus points for raiding the enemies buildings.

The Gauls deployed with both warband's noble cavalry centrally. Panoramix set-up to attack the Roman camp while Cacofanix was defending the farm. The Romans mirrored this with Spuriosa attacking the farm through some rough terrain and Phonius defending the camp. 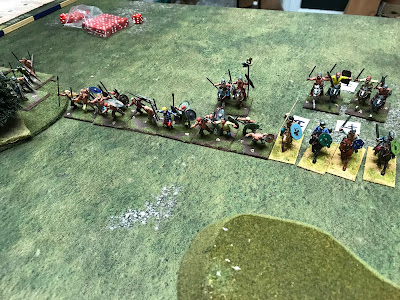 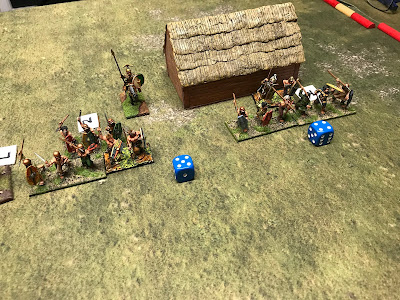 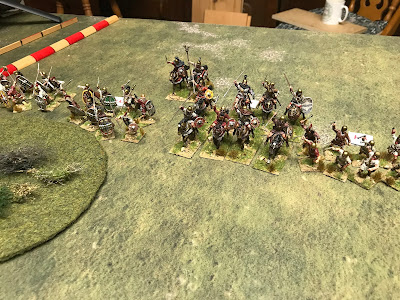 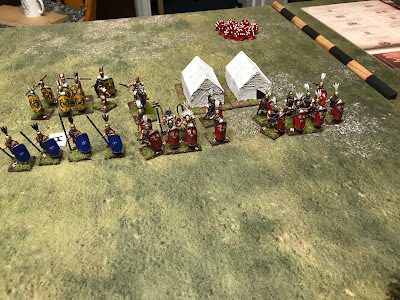 The Romans pushed forward a little to clear some Gallic skirmishers on their left  whole the Spanish infantry advanced through the scrub towards the farm. The Gauls made their move in the centre pushing up some archers covered by the horse. The Gallic shooting proved highly effective as emptied several Spanish  saddles and damaged a few of the troops hiding in the scrub. 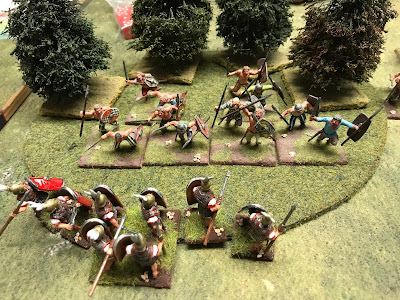 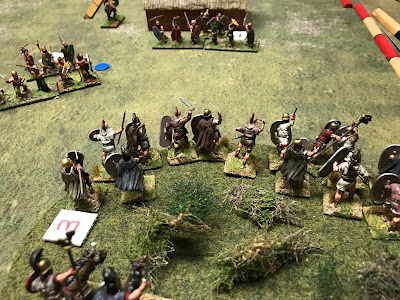 The Gauls unleashed a fierce attack against the Romans who withstood the initial attack and then began to grind-down the tiring Celts, slowly pushing them back. The Spanish assaulted from the cover and although they took heavy casualties they were able to just gain the upper hand and capture the farm.

The result was pretty close though: 24-21 for Rome. The big difference was the Celts losing two complete units of  noble cavalry to the Triarii.