This week we played the second game of Turn 2 - a kill scenario between the Ottomans and the Imperial forces. The Turks were pretty much the same as last week but the Germans are a different prospect to the Polish - more powerful / numerous infantry but on a similar level to the Ottomans.

Both sides deployed with a strong cavalry force on the western end of the table with infantry in the centre. The Ottomans deployed their spear-armed Sekban on the eastern side in the hopes of blocking that side of the table.

The early turns went very much in favour of the Imperial army as their cavalry beat-back the Ottomans all across the line with some strong rolling. Centrally the German infantry pushed forward taking steady fire from the Janissaries and artillery, which slowed their advance. 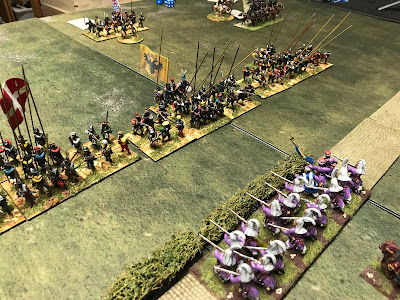 The middle phase saw a change in the fortunes of the Turkish horsemen as they bounced back and were able to route the bulk of the Imperial Cuirassiers / Lancers facing them and begin turning the flank.

With the centre slowed to a crawl the game ended with the Imperial forces taking the highest casualties and so losing a tight game. It was a see-saw affair with the Germans winning easily at first before the Ottomans rallied and eventually won. 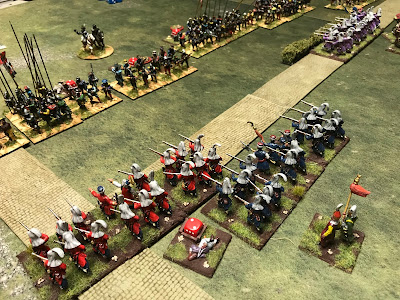 So this turn saw two Ottoman victories and the capture of a further Polish province. So steady progress for the Sublime Porte as they advance into Polish territory. 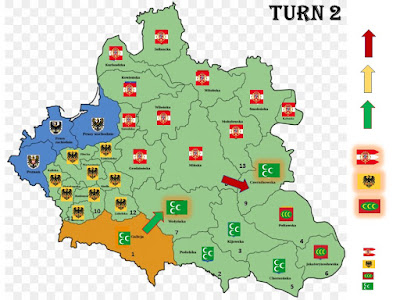