This first week saw the Ottomans and Imperial troops contesting part of the Ukraine, while a second Ottoman army also invaded Polish territory.

In this game both sides lined-up with their cavalry mostly on the western side of the table and a relatively smaller infantry centre.

The main action was cavalry clash in the west which was won reasonably decisively by the Polish, but not without the loss of one of the Winged Hussar units. 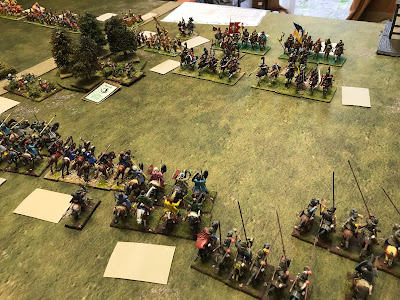 The centre was pretty even but with the flank turned the Ottomans conceded defeat.

This battle had a more classic deployment of infantry centre and roughly equal cavalry wings. The Imperial forces had a stronger infantry force and so held the advantage here. 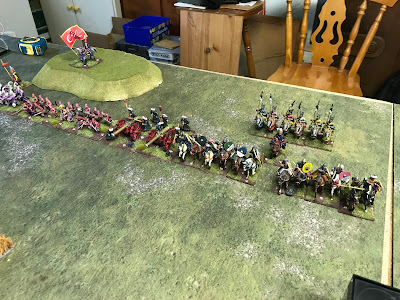 Fearing an artillery bombardment the Germans attacked in the centre, whilst holding back their weaker cavalry on the flanks. The Ottomans adopted entirely the opposite plan, going for a bulls-horns attack.
The Imperial attack in the centre stalled and they found their western flank rolled-up by Ottoman horese, forcing them to concede defeat. 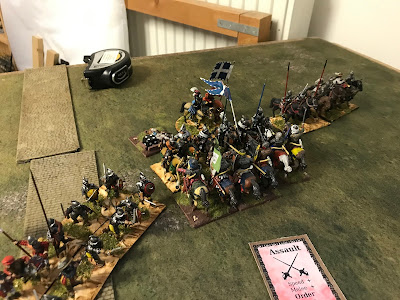 So the final result was a victory each and a small gain for the Ottomans on the campaign map. 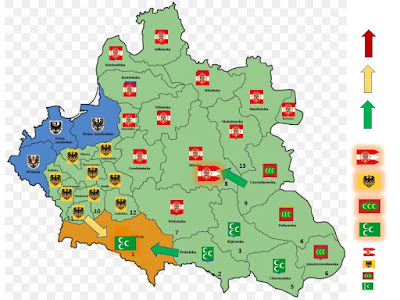