With the Imperial commander hors-de-combat we are splitting turn 2 over a couple of weeks and fighting some larger games. The first sees the Polish on the offensive into Ottoman territory. This game is an objectives one - so three to control with points awarded for having units within 6".

The Polish deployed with two powerful forces of heavy cavalry on each flank, the larger protecting the objective in their half and the smaller attacking the one in the Ottoman half. A smallish infantry force sat in the centre. 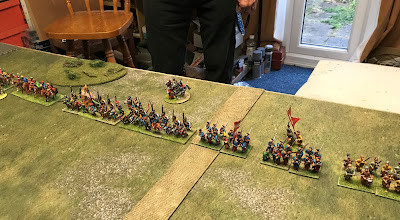 The Ottomans were more asymmetric. A strong mounted forced looked to attack the Polish side with an objective whilst  infantry and artillery protected their objective. Centrally the Janissaries looked to secure that objective. 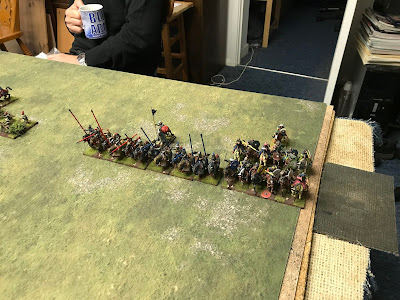 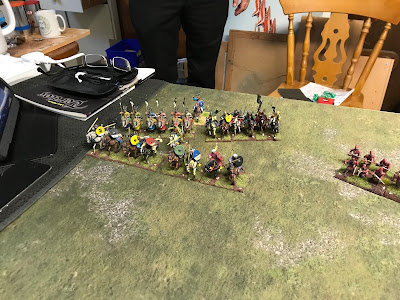 The Ottomans stole the initiative in the centre using the Vanguard move to have a pregame march up the table with the entire centre and secure a good defensive position. The slower moving Polish infantry chipped away at the Turks but were unable to shift them from their position and early on it was fairly clear the Ottomans were likely to hold this. 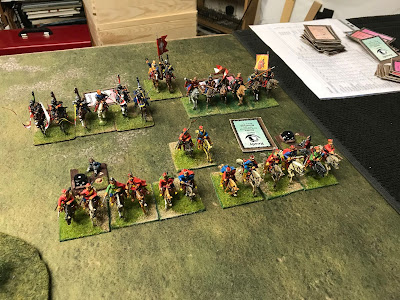 On the Ottoman left the Polish advanced quickly and got stuck into the larger Ottoman mounted force. The Winged Hussars and their Lithuanian brothers proved a tough nut to crack, with standing waves of Turkish attacks. They caused plenty of damage but it all took time and they were unable to break through in time. 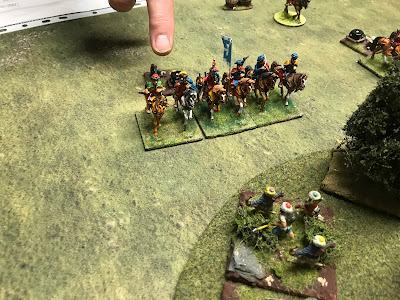 On the Ottoman right the Polish advanced cautiously against the dug-in guns and supporting infantry. Attacking them would have meant exposing their flanks to to waiting Ottoman cavalry, so they halted the assault and eventually moved towards the centre. 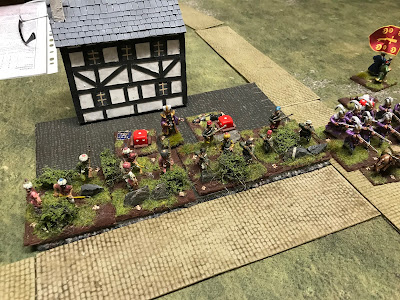 So the Polish had the better of the combats but were unable to stop the Ottomans dominating the field position and capturing 2 objectives to win 6 VP:s to 3 VPs. So an Ottoman win and the Polish attack repelled. 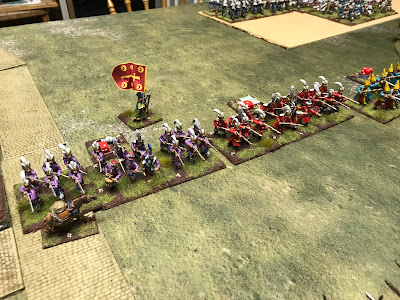 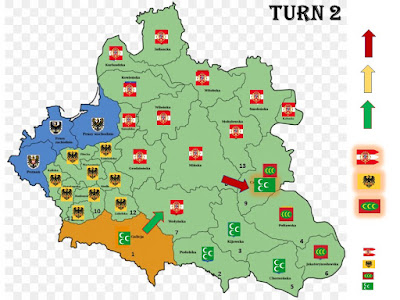