Tercios - first look at the Polish

As I'm still tweaking the campaign rules we tried out the Polish army this week. The core of the army are the various Hussar heavy cavalry units with some western-style infantry and Hadjuk (literally highway men) auxiliary units in support. We used stand-in models for all the troops on this occasion. 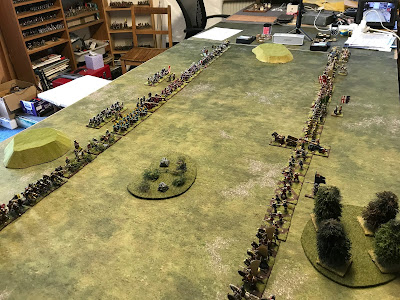 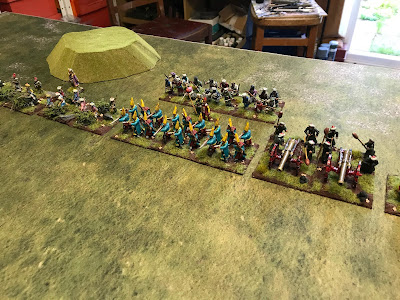 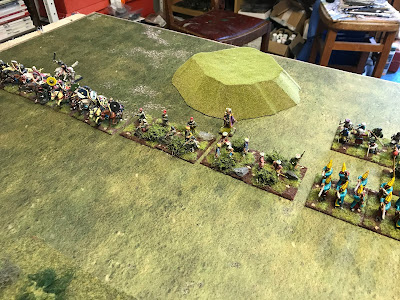 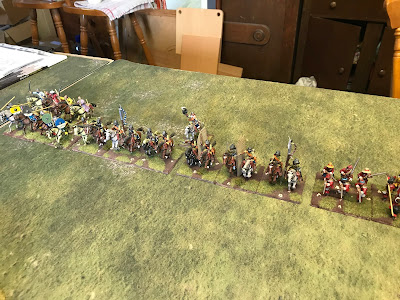 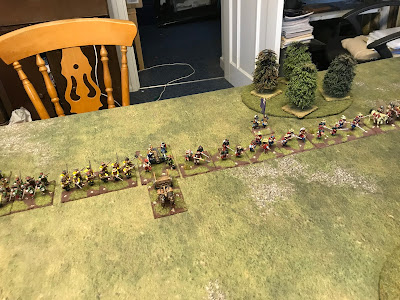 Both sides advanced on the flanks which brought the Wing Hussars and  Pancerni quickly into action and as expected they chewed through the weaker Ottoman horsemen fairly quickly. This was helped though by some pretty poor rolling from the Turks. 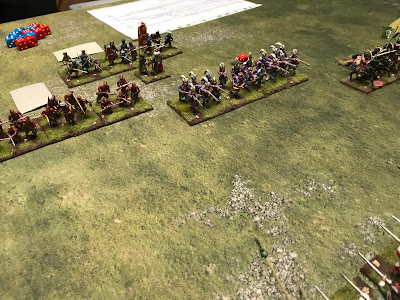 The bigger surprise was the effectiveness of the Hadjuk  who managed to outshoot the Turkish skirmishers some Janissaries. So overall a powerful looking force. 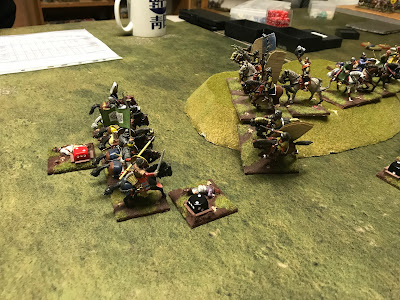