Frustratingly we could not meet for our usual game this week and so moved back to online for a week - this means some WWI aerial instead of the renaissance campaign.  I did manage something in-person though as I was tempted by the resident Warhammer 40K expert into a quick game.

A simple thrash involving some Custodians (space Praetorians) vs Necrons (Terminators). The former and good in combat and the later at shooting plus they respawn when killed, well sometimes. 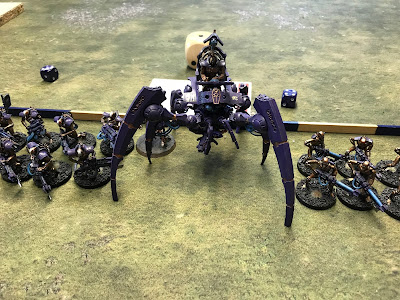 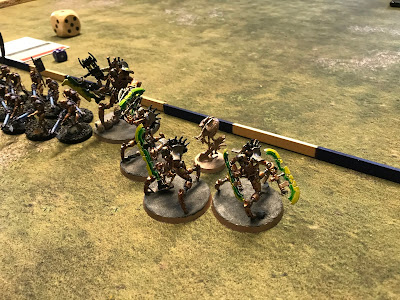 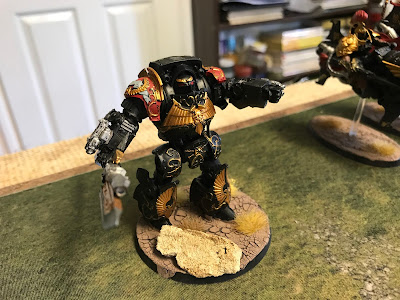 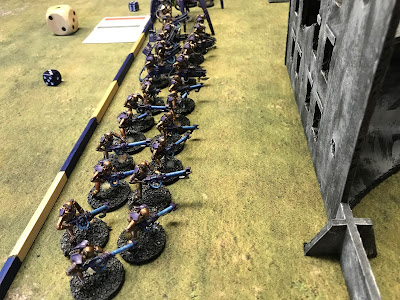 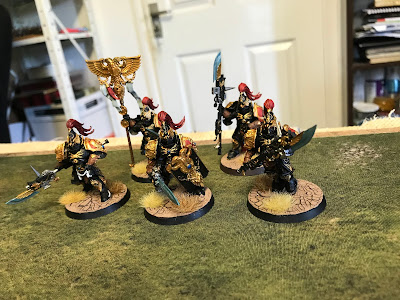 As I was commanding the Custodians aka Praetorians I got stuck in and began setting about the Necros with a variety of axes and lances. On this occasion the lack of space meant combat was joined by turn 2 and the Custodians won a convincing victory. 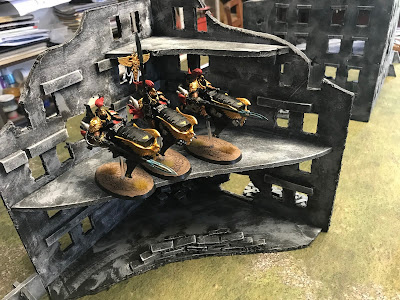 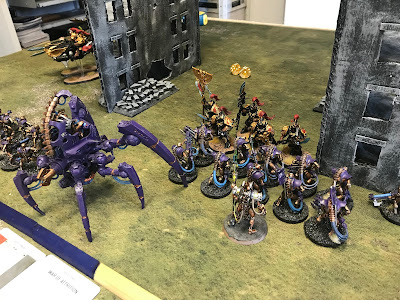 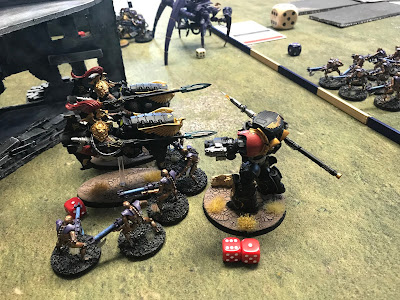 Its a complicated game with large numbers of unit and army special abilities which really define the play. I suspect the Necrons went easy on me as a beginner.