After a short isolation-force break we are back this week with the Polish attacking into the hard of the Ottoman-held territory (province 3).  This week was an objective scenario with 3 supply caches to capture and hold.

The Polish deployed with the mas of their cavalry in the centre and towards the east end of the board. Their infantry guarding the objective on the west side. So the gamble was that the cavalry would break through and be able to grab the objectives there. 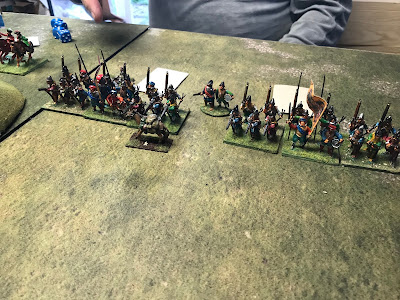 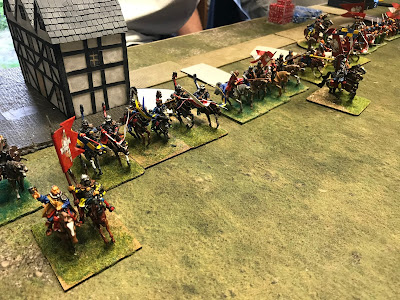 The Ottomans had a larger force numerically and so deployed a blocking force against the Polish horse and looked to move through the centre to hit the flanks of the Polish infantry. 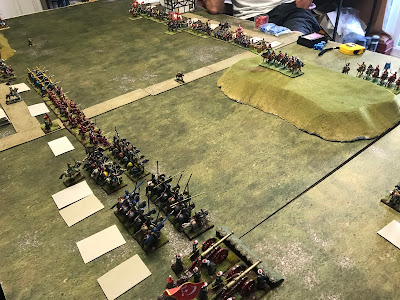 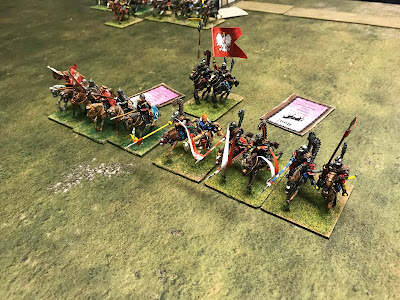 Things went pretty well for the Ottomans on this occasion in the early game - they were losing troops but tying-in the Polish while their heavy cavalry pushed through a gap in the Polish lines and turned inwards to attack the infantry contesting the objectives. 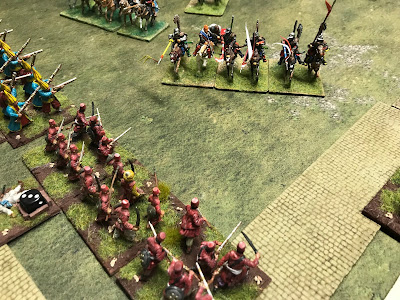 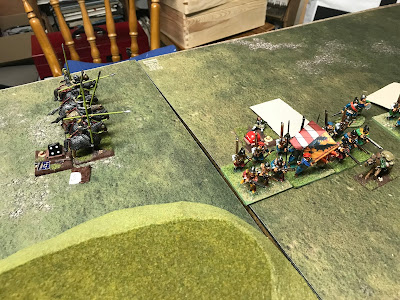 Mid-late game the Poles fought back to capture the objective on the Turks side of the board. The game ended with both sides taking the objective in the opponents half and the tie-breaking centre contested, so our first draw of the campaign. 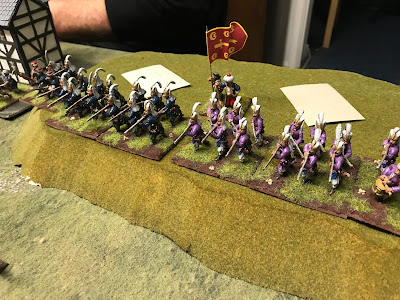 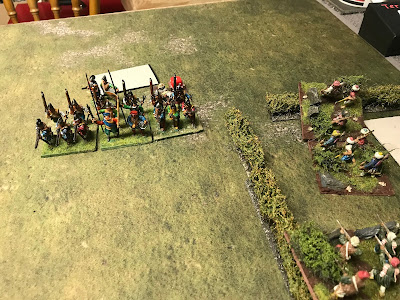 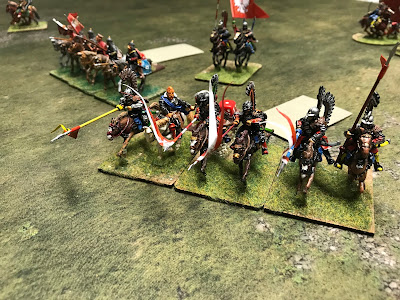 As the game was a draw, the Polish had to withdraw. 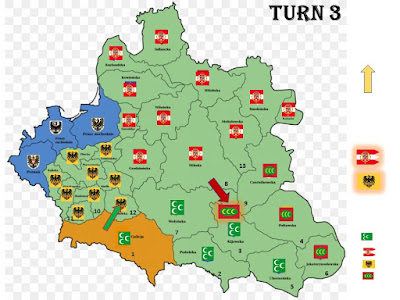