This week we played the second part of turn 3, with the Ottomans attacking into Imperial territory. The scenario was Attrition, meaning it was all about kills.

It was clear this would be head-on clash with both sides deploying their infantry on the eastern side of the field and their horse on the more open west. The Ottomans had a small numerical advantage. 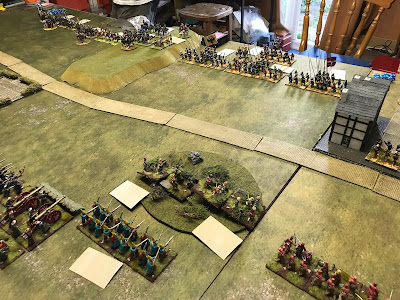 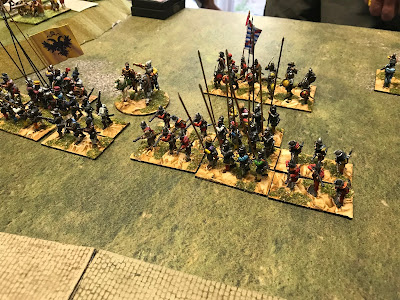 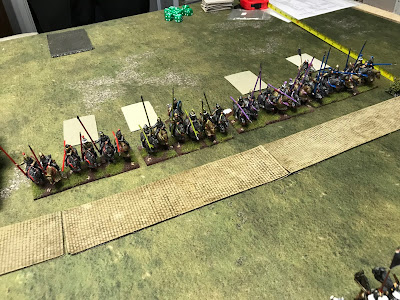 Both sides advanced their cavalry towards a large melee, while the Turks hung back a little with their foot to gain maximum advantage from their guns. Things began pretty evenly with the mass cavalry attacks but the Ottomans enjoyed an edge in the infantry shooting as they chipped away at the Imperial pike & shot. 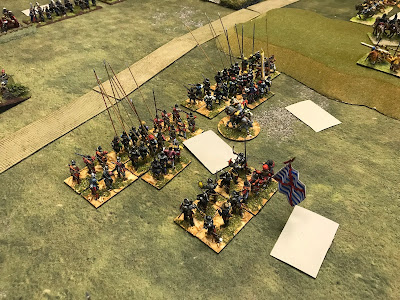 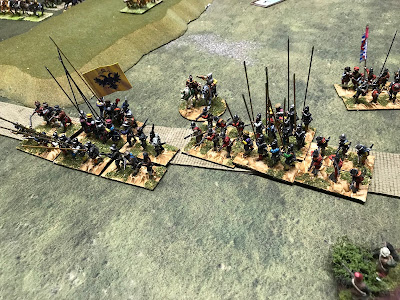 Historically the Ottomans have not enjoyed much luck with their mounted and this proved the case again in this battle. Some below average rolling from the Turks and good rolls from the Germans gave them a clear upper hand in the west of the field. 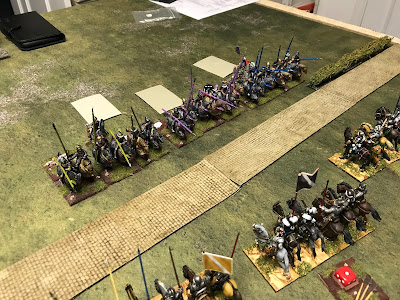 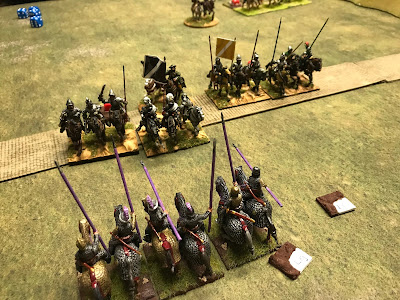 The Turks blushes were spared somewhat by the resolve of their infantry who had a narrow edge over the Imperial units in the east. The end result was a narrow victory (70 points from 1600) for the Germans, meaning the Turks were beaten back in their invasion attempt.

We decided after the game that in Attrition you would need a 10% winning margin in future. This would not have affected the strategic result as a draw would still have sent the attacking Ottomans scurrying back.

So with two failed assaults turn 3 saw no changes in the strategic position. 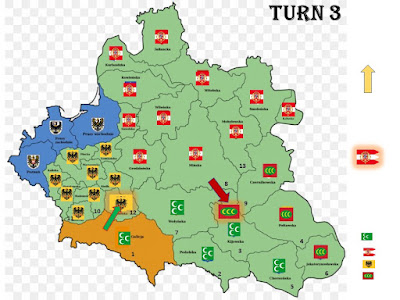