Battle of Mollwitz in 20mm

The Battle of Mollwitz was fought by Prussia and Austria on 10 April 1741, during the First Silesian War (in the early stages of the War of the Austrian Succession). It was the first battle of the new Prussian King Frederick II, in which both sides made numerous military blunders but the Prussian Army still managed to attain victory. This battle cemented Frederick's authority over the newly conquered territory of Silesia and gave him valuable military experience.

Nigel reports from the front lines 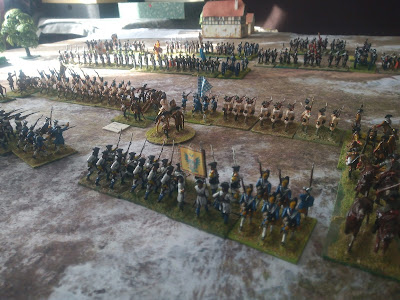 "As I haven't been able to make the last few zooms, I have solo refought that classic Mollwitz wargame using my 20mm Prussians and Austrians.
I used the order of battles as from the Battlegames refight and the original scenario between Stuart Asquith and Charles Grant. However I used ‘Die Kriegkunst’ rules. 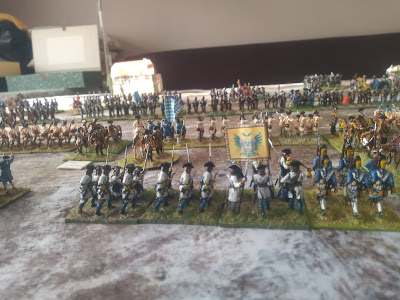 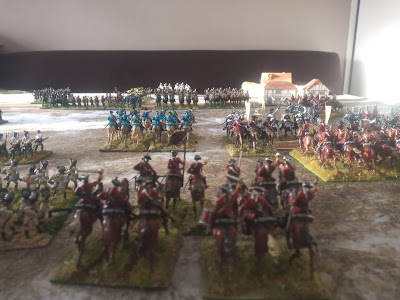 The battle went the way as it seems to do; the weaker Prussian cavalry held on just long enough to hold the better quality and more numerous Austrian cavalry at bay whilst the Prussian infantry advanced and shot the Austrian infantry to pieces."

Generally the Austrian infantry in white, cavalry in blues and reds (as dragoons). the Prussian  infantry in blue, their cuirassiers in white. Figures mostly Hat and Revell. 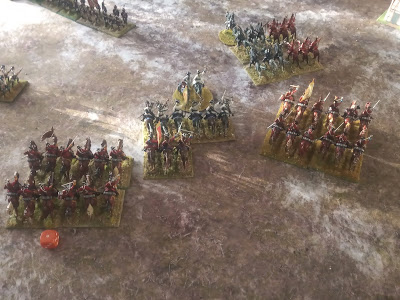 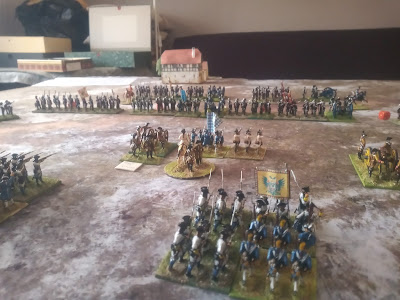