With the prospect of in-person gaming indoors not too far away I'm preparing some forces for Saga - Age of Hannibal. Having decent sized armies for the Punic Wars what I mostly need are some single figures making odd sized units / casualty removal.
The first batch are some Roman Principes to bulk out the core of the Republican armies. I think scholars now doubt the rigid armour distinctions that wargamers love, but for me these guys are always in chainmail and that's that. 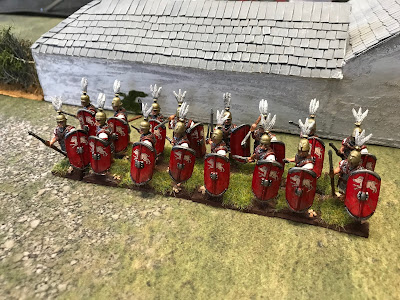 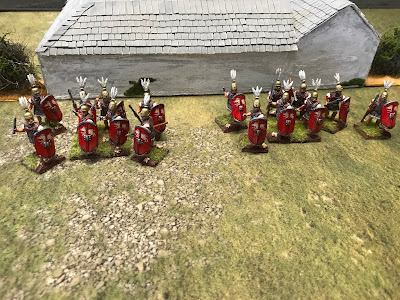 Next up will be some additional light troops and Italian allies. For now though I've also done a couple of officers (Gripping Beast) to go along with the Principes (Victrix).
Posted by Wargamer Stu at 04:40