Keen to get the results of our lock-down painting on the table our next campaign will be Polish / Imperial vs Ottomans in the mid'ish 17th century. We'll be using Tercios, a set we played once before and enjoyed. 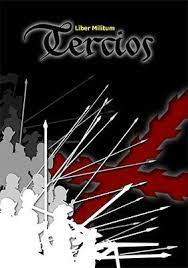 The key system in the rules is the use of order cards for each unit which both determine what they can do and how they might react to enemy actions, assuming they have not already had their turn.

So you get choices both in which orders to issue and when to play them. For example if you have Fire do you try to shoot before the enemy to damage them or hope they charge you for a more deadly close-range shot.

For our first practise we had a couple of cavalry brigades and an infantry brigade each. The Ottomans were slightly lower quality so had a couple more units than the Imperial army. 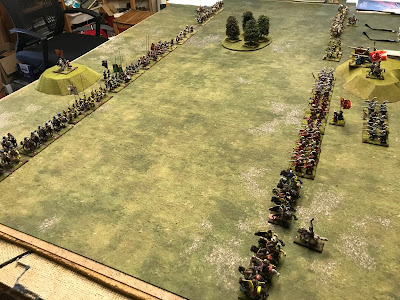 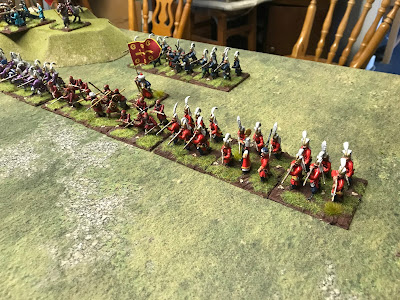 As this was a practise game we both advanced to close the range to the enemy. The Imperial made an important error though - in his eagerness to  close with Ottoman horse he Ran forward at full speed and found himself in charge range in turn 1. 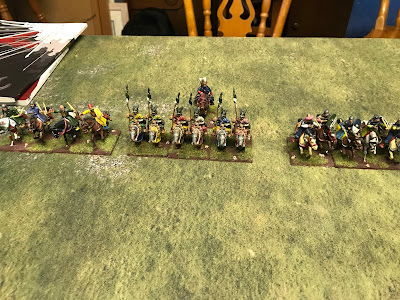 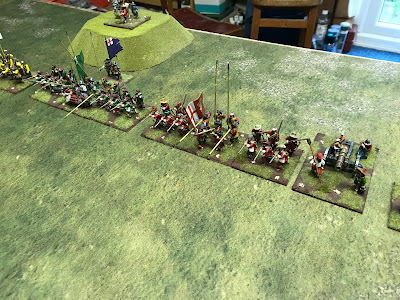 The Imperial cavalry has an advantage in shooting as they have the Caracole rule enabling them to shoot and retire, but only with the Fire order. So they were promptly charged by the Ottoman heavies who killed a unit on each wing and settle to grind away at the other. 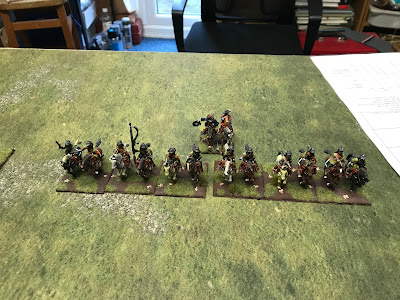 Centrally both lines of infantry advanced on each other. The Ottomans halted at musket range and began to shoot while the Imperial units pushed forward seeking combat. This was not a bad move as the bigger Imperial units are superior to the Ottomans in melee. 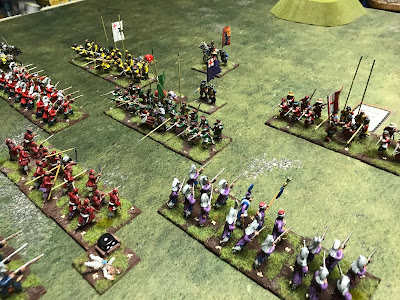 The expected infantry melee did nt really emerge though as the Ottoman horse finally dispatched the Imperial cavalry and were able to get around the flanks of the Imperial infantry. They were'nt able to make much headway but did pin them in place to be worn-down with Turkish musket fire. 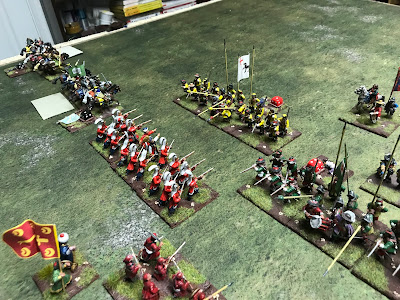 So an Ottoman victory but mostly a good test of the rules. What is clear is that having the right orders is key. There were a couple of points where the Imperials were either to slow moving or too eager and found themselves at a disadvantage. Most importantly we got a result inside 2.5 hours, despite this being only the second time we'd ever played.