In person, In doors - 28mm Napoleonics

The scenario had the Russians standing as rear guard for a fleeing German force whilst the French attacked in the hopes of breaking through to ravage the routers.

The Russians deployed in a good position with hills and woods providing some defence against the more numerous attackers. 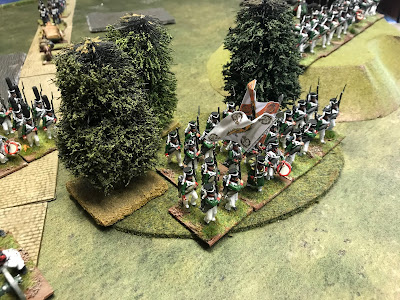 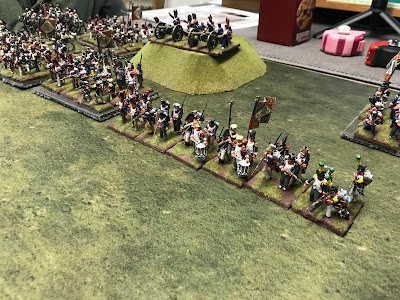 The French attacked strongly on their right with probing assaults on the left. Initially the main attack proceed slowly whilst the probe met with good success as they forced the Russians into square and were able to gradually able to push them back. 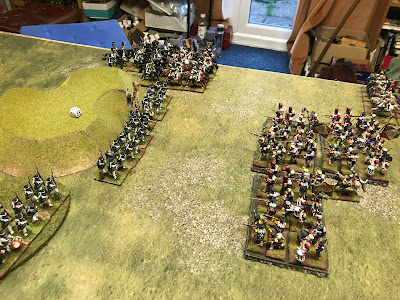 The main assault was able to eventually able to get going again once the pesky Russian cuirassiers has been routed. 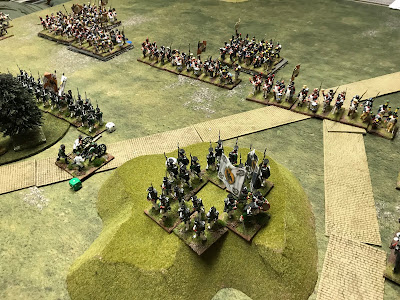 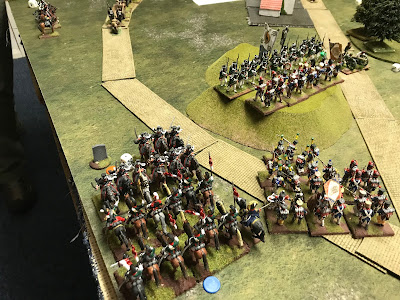 A hard one to score - the French broke through after a couple of hours play but the aim was to delay this as long as possible. So lets say a draw in our first proper game for 9 months.
Posted by Wargamer Stu at 04:54