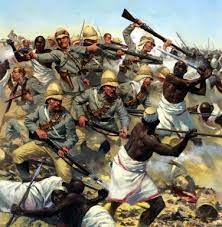 Our newest online campaign is an adaption of DBA/HOTT for the Sudan. In this campaign the players are divided between the Nile Column or the Nile Column in a race to reach Khartoum and rescue Gordon. The other team players the Mahdists trying to thwart your progress.

To get a large enough game for all 6 of us to play we're using a double width gridded board and two cameras so the players can scroll between different bits of the game.

In week 1 the Nile Column attacked Abu Hamed under John's command. This battle was an Ambush!, so the British were in 2 squares and attacked from 3 sides by the Mahdists.  This was a very close game but eventually the Mahdists broke both the squares and were able to claim a narrow victory as their cavalry command remained on the table after 2.5 hours play. 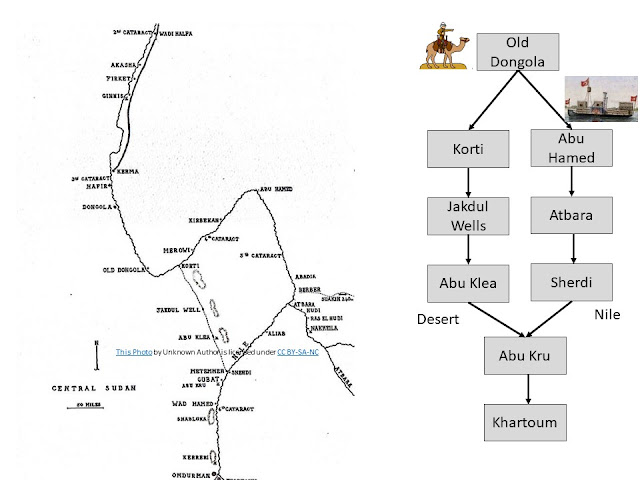