As I occasionally do some solo Napoleonic's I decided a few months ago to bring my French cavalry up to full strength by adding a third unit of lights. Not having any Lancers they seemed the obvious choice.

Impressed by the performance of the famous Polish Lancers, Napoleon converted several regiments of dragoons. These are depicted as the 1st Regiment with scarlet facings. 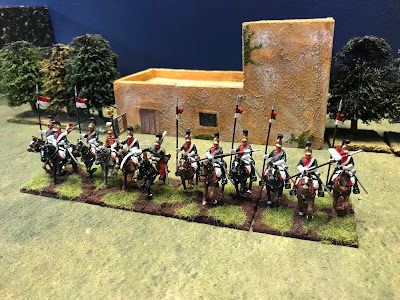 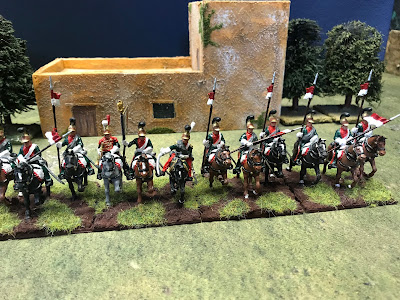 The figures are from Warlord games. They are a simple set with only a few parts, so gluing was not much of a chore. The only disappointment is that you do not have enough upright lances to equip the whole regiment, so I had to settle for some at an "easy" pose. 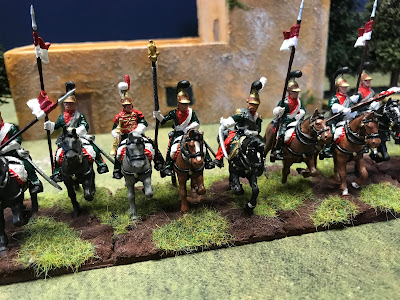 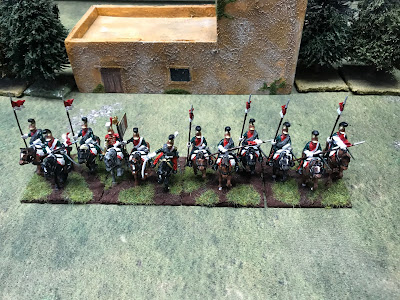