For the third battle of the mini-campaign we were transported to a heavenly plane and home of the Angelic forces of Basilea. The Salamanders were replaced by Good Undead under the necromancer Jarvis. In this plane all of the channelled spells buff your own side rather than hurting the enemy. We played Control, where you score points for parts of the table you hold. 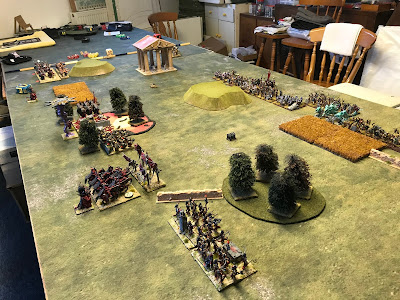 The Undead went for their customary strong centre, the high Unit Strength right of Wights / Skeletons, and a fast right of Werewolves. They planned to push across the table and challenge all sectors. 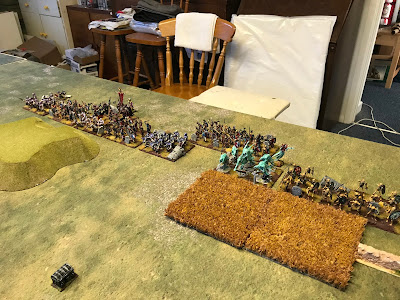 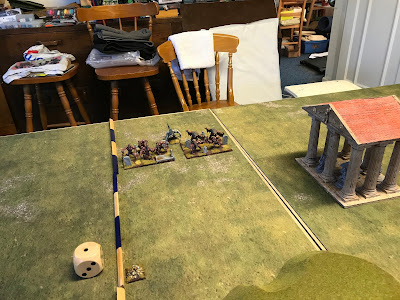 I went with three distinct battle groups. The centre was Guards and a legion of Succubi Lavare backed by the Well of Soul - this would not attack but would seek to delay the Undead's main thrust. The left was Molochs and the right was the Succubi / Horsemen. Both the flanks would attack, aiming to give me a 4-3 win or better. 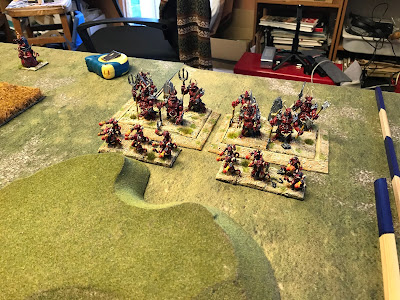 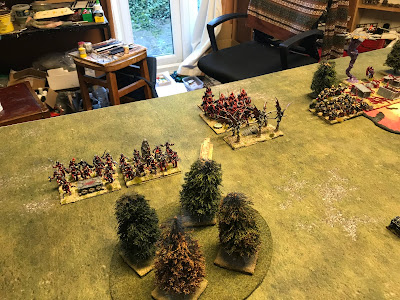 On my left the Werewolves moved forward with early shooting wavering one of them, thus opening up the way for me to attack with the Molochs and start to win the unit trading on that side. 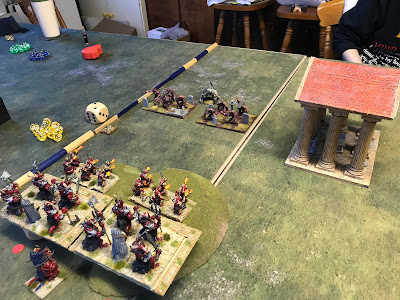 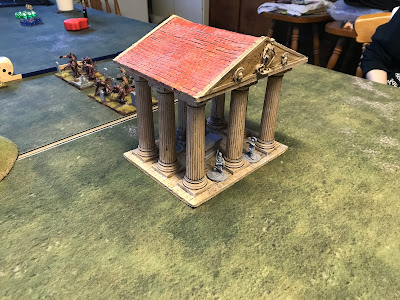 On the right I pushed forward through the cover and launched a strong attack against the units there. again I was able to win the trade and begin to dominate that flank as well. 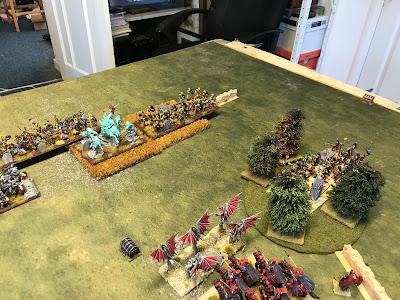 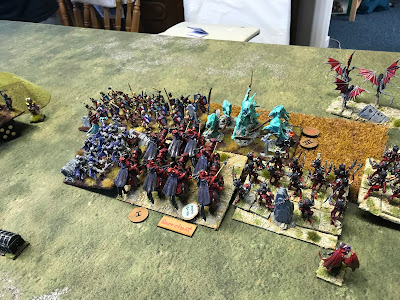 Centrally I was lucky that powerful Undead units were cautious in their advance as they feared a trap. They then began to bleed away units to start to deal with the losses on the flanks. And so it was a depleted Undead line that finally hit my centre in turn 5. 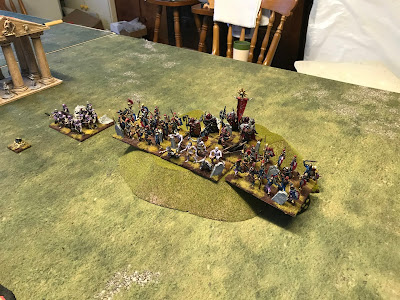 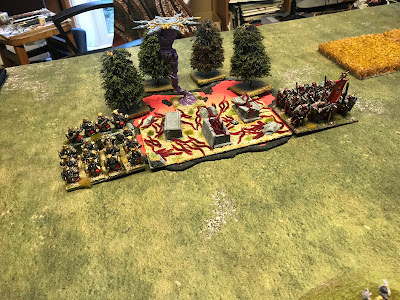 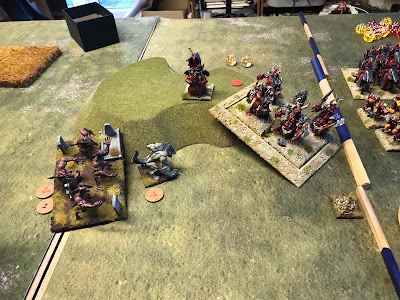 As expected I was not able to hold them for more than a couple of turns, but that was enough to stop them from influencing the outcome of the battle. I actually sneaked a unit across the lines for a 5-2 win, so better than the 4-3 I was playing for. 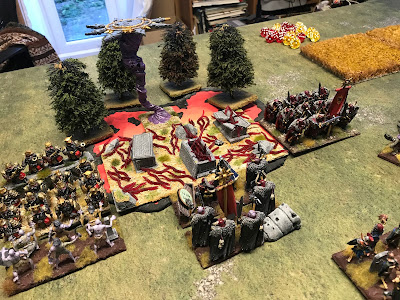 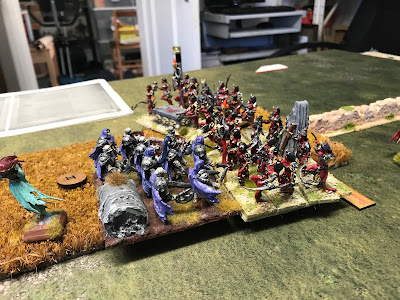 The Undead are a slow army and in this case it cost them, although they could have arrived in turn 4 had they not delayed in the centre. Faster movement and more chaff would have made this a\ tougher day for the Abyss.