Its been almost a month since my last post but I've not been idle. We've been playing some ACW online using a gridded systems, its just not very visual so I've not been posting about it. In parallel I've been playing a short KOW campaign involving fighting across across various plans of existance.

The second game was in the Abyssal plane - a hot and fiery place where some of the terrain reduces your morale. This scenario (Push) involved trying to get a series of loot tokens over the half way line whilst stopping the enemy doing the same.

The Lizardmen setup with a strong infantry centre, mostly pike armed Ceremonial Guards. The left was hard-hitting Tyrant large infantry and the right was the fast-moving Scorchwings. A tough army but a slow one. The Loot was scattered along the line. 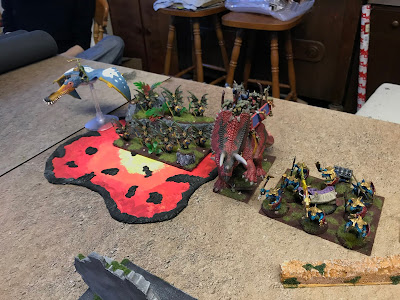 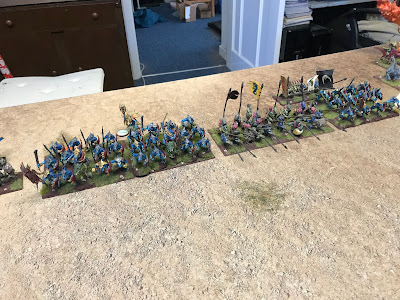 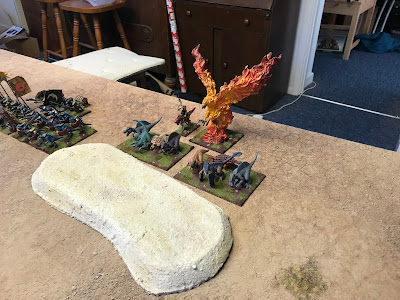 I went with a faster moving army that included Succubi, Horsemen, and a several flying units.  I stacked the right with all hard hitting units whilst looking to refuse the left. The demon prince Bael was deployed wide-left to delay the Lizardmen's advance. 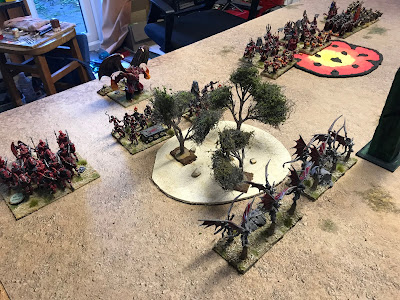 I looked to exploit my speed by attacking rapidly on the strong right while moving-up in the centre to constrict the space. 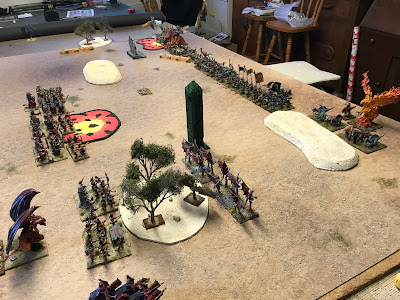 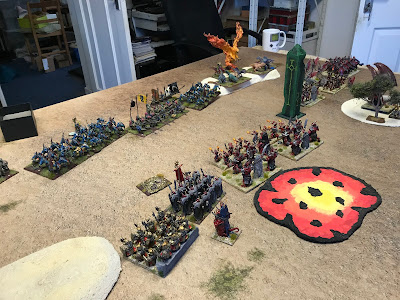 This worked well and by turn 2 I was able to pick my charges across the line, causing heavy damage to the Lizardmen in an alpha-strike move that shattered their left. 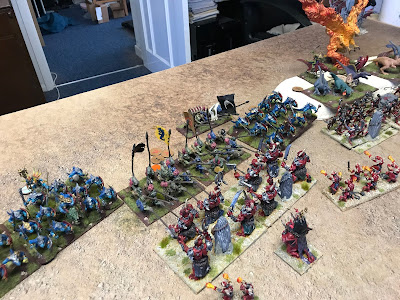 Over on the own left Bael was able to delay and generally frustrate the flanking attack, buying time for the centre to be attacked by my own flankers. 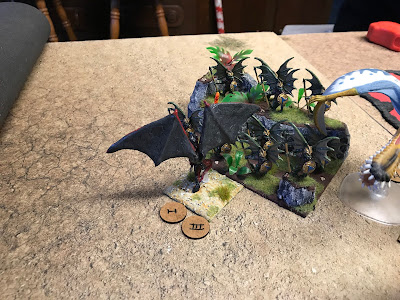 By the end of turn 4 I was 5-2 up on tokens and it was clear that there was no way back for the Lizardmen. So they withdrew to fight another day. 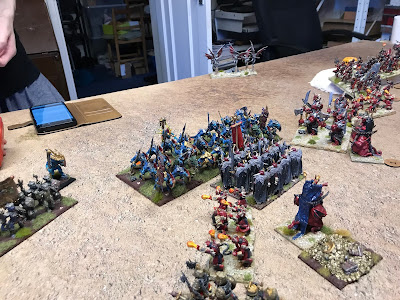 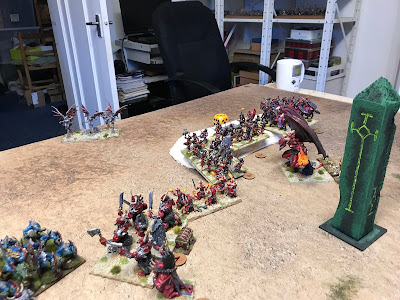 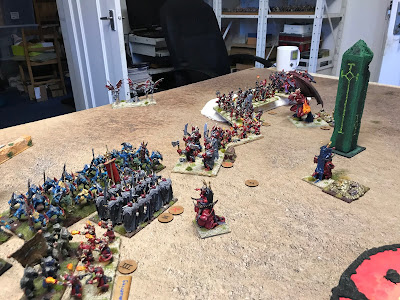 So that was a second victory for the Abyss and quite a heavy defeat for the Lizardmen, who's slowness was an issue in this game. There are rumours though that the wizard Jarvis may be approaching at the head of an Ophidian undead army to reinforce them. 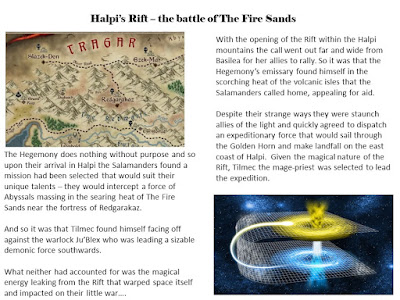 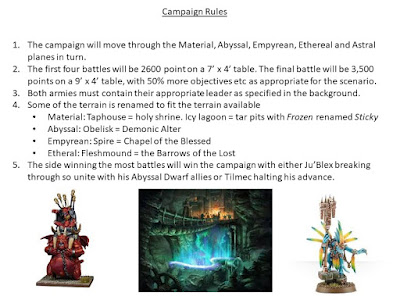